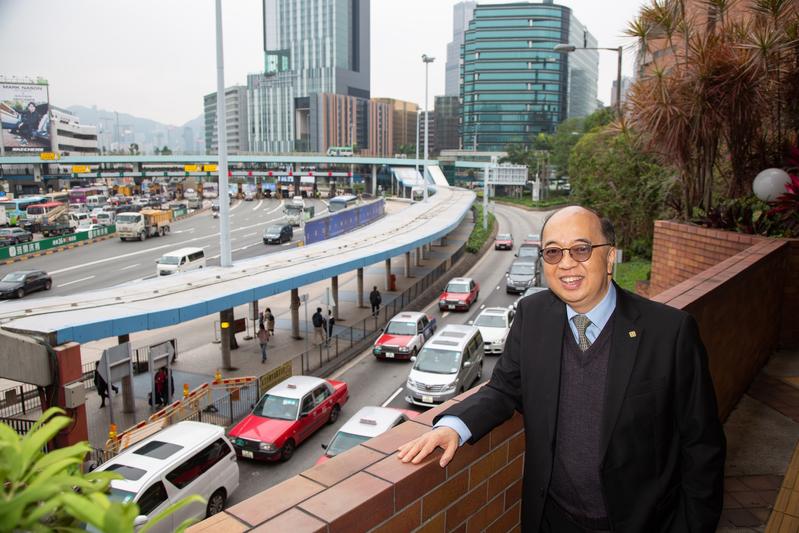 An intelligent trip planning application, which aims to save time and money for Hong Kong commuters by offering them “optimal” routes, is expected to go into operation in three years, according to its developer.

The system, developed by a research team from Hong Kong Polytechnic University, has taken various traffic emergency situations into account and will be useful for both drivers and passengers, according to William Lam Hing-keung, a senior transportation engineer and head of the university’s Department of Civil & Environmental Engineering.

It (the new trip plannning application) could not only help commuters save time and petrol, but also reduce carbon emissions and ease overall traffic congestions in the city

Compared with other similar applications based on location data collected from users via their mobile phones, such as Google Maps, Lam said his trip planning system, which uses data collected by roadside detectors, will be more precise and accurate amid emergency situations, such as extreme weather conditions and traffic accidents.

With more than 600 detectors covering Hong Kongs’ major roads, Lam said his system could ensure a rather stable condition of data collection.

With both desktop and mobile applications, the system will enable users to pre-set preference, such as expected departure and arrival times and petrol costs to help them identify which route will be the most time-efficient or cost-effective.

It could not only help commuters save time and petrol, but also reduce carbon emissions and ease overall traffic congestions in the city, said Lam.

Neither collecting nor analyzing traffic data in Hong Kong is an easy job. Due to a wide concern of privacy among Hong Kong people and the relatively high labor costs, only a limited number of detectors have been set up in the city, he explained. And, various models of detectors generate different types of data, creating challenges for developers to analyze.

With all these efforts, the research team finished related research on private transportation network in 2015. As a new fund of more than HK$600 million has been channeled in, the team restarted the project this year and will focus on extending the system to cover public transportation in the research over the next three years.

Lam hopes to extend his trip planning platform across the boundary and develop a real-time traffic data sharing platform within the Guangdong-Hong Kong-Macao Greater Bay Area by cooperating with other traffic data suppliers from the Chinese mainland.

In 2017, the government launched the Smart City Blueprint for Hong Kong, a five-year development plan aimed at turning the SAR into a world-class smart city, with smart mobility as a focal point.