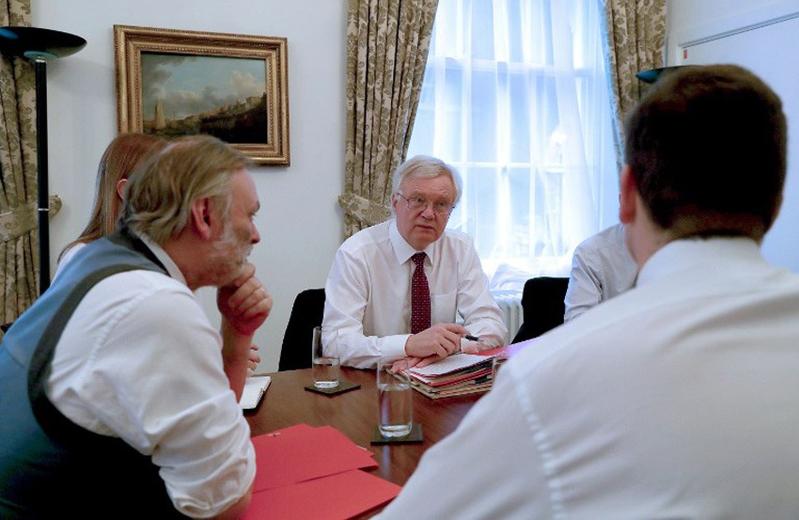 LONDON – Brexit minister David Davis will say on Tuesday that Britain has no plans to recast itself as a regulation-light economy undercutting rivals on the continent, as he attempts to dispel a major concern of European Union leaders.

Since Britain voted to leave the EU, Brexit supporters have argued that removing the costs imposed by EU rules is one of the main benefits of leaving the trading bloc

In the second of several speeches by ministers intended to lay out the government's plans for Brexit, Davis will tell business chiefs in Austria it is mistaken to think Britain will focus on deregulation after it leaves the trading bloc.

"They fear that Brexit could lead to an Anglo-Saxon race to the bottom. With Britain plunged into a Mad Max-style world borrowed from dystopian fiction," Davis will say, according to excerpts of his speech.

"These fears about a race to the bottom are based on nothing, not history, not intention, nor interest.

"But while I profoundly disagree with them — it does remind us all that we must provide reassurance."

Since Britain voted to leave the EU, supporters of Brexit have argued that removing the costs imposed by EU rules is one of the main benefits of leaving the trading bloc.

In the past, ministers have suggested Britain may have to change its economic model to remain competitive and cut taxes and regulation to attract global investment. 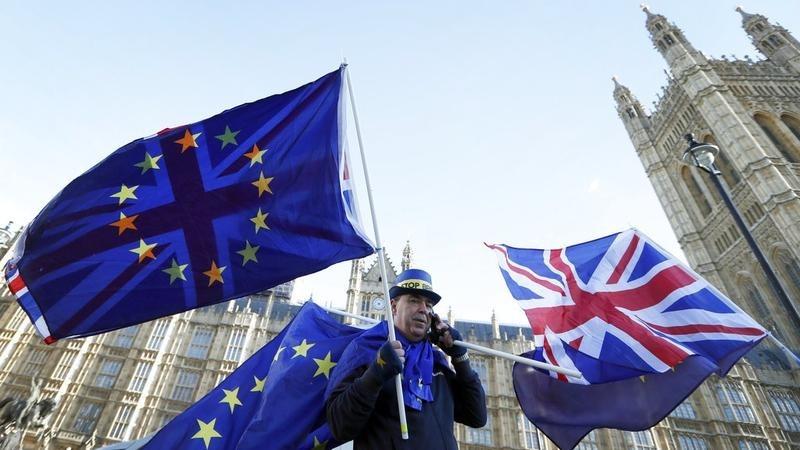 In this Dec 8, 2017 photo, an anti-Brexit demonstrator waves EU and British flags in Westminster in London. (KIRSTY WIGGLESWORTH / AP)

But Davis will say that Britain will continue to maintain the highest global standards and is committed to workers' rights, financial regulation, animal welfare and the environment.

Davis said he wanted to maintain the mutual recognition of British and European regulators.

Britain's government is hoping its large financial services industry will be able to retain access to the EU markets after it leaves the bloc, two government officials said last week.

"A crucial part of any such agreement is the ability for both sides to trust each other's regulations and the institutions that enforce them," Davis will say.

"The certainty that Britain's plan, its blueprint for life outside of Europe, is a race to the top in global standards nota regression from the high standards we have now, can provide the basis of the trust."

Meanwhile, the opposition Labour leader Jeremy Corbyn in a speech on Tuesday will attack the government over the lack of clarity about what sort of relationship it wants with Europe after leaving the EU next year.

"Business needs clarity and with two out of six of the government's 'road to Brexit' speeches already delivered, the Tories’ approach to Brexit is, if anything, less clear," Corbyn will say.