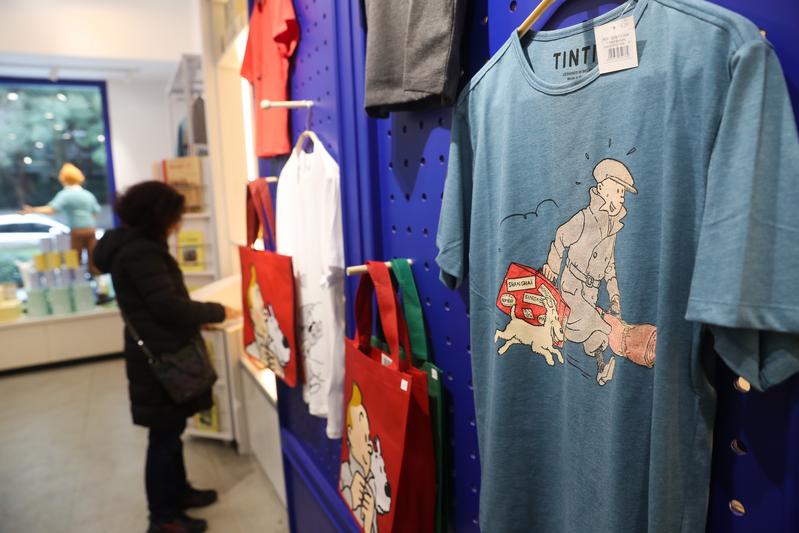 In this photo taken on Feb 26, 2019, a customer visits China's first flagship store of The Adventures of Tintin in Shanghai. (PHOTO / XINHUA)

SHANGHAI — The Belgian comic series The Adventures of Tintin officially opened its Shanghai flagship theme shop on Monday after a two-month trial run.

Located in central Shanghai, the shop, the first in China, sells more than 1,000 products surrounding the iconic figure in over 50 categories.

Diaries of the Shanghai architect Zhang Chongren, an archetype of the character "Chang Chong-Chen" in the book, and letters between Zhang and the Belgian cartoonist Georges Remi have been presented at the store for the first time globally, thanks to Zhang's daughter Zhang Yifei who brought them from Belgium.

"The letters and diaries show that my father and Georges Remi talked a lot about Chinese culture, history, calligraphy and porcelain back then," Zhang said.

Attracted by these valuable historical materials, hundreds of Tintin fans swarmed into the shop every day to learn about the long-ago friendship between the two artists.

In 1934, Georges Remi, known by his pen name Herge, met Zhang, a then architecture student in Belgium, and created his story The Blue Lotus, the fifth volume of the Tintin series, which took place in Shanghai.

With the help of Zhang, The Blue Lotus features authentic Chinese streetscape and beautiful Chinese calligraphy. The character "Chang Chong-Chen" is the only one with a real-world origin in the Tintin series.

"My father suggested Herge learn about local customs and practices in each place where the story is set, which helped present authentic details in the book that stand the test of time," Zhang said.

Hua Xue, a Tintin fan from Shanghai, said he has already visited the store three times during the soft opening. 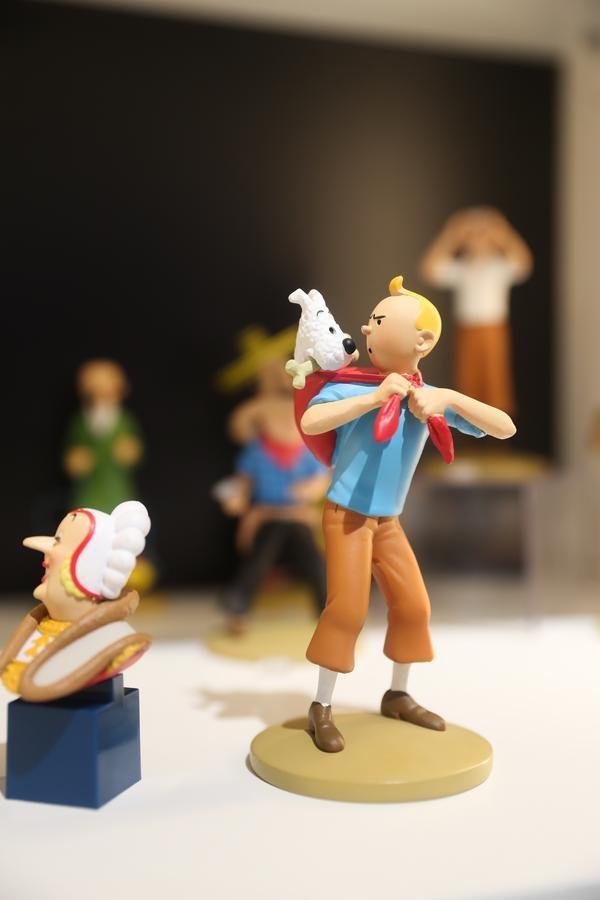 "Every time I'm here, I feel at home," Hua said. "I've been reading Tintin since my childhood. Though I'm in my thirties now, I'm still constantly inspired by Tintin's courage and integrity."

To meet more customers' demands, an official online Tintin shop will open soon, and a Tintin exhibition is also expected to be held within two years.

"The Tintin store in Shanghai is not only a platform for global Tintin fans but also a symbol of sincere friendship between China and Belgium," Zhang said.