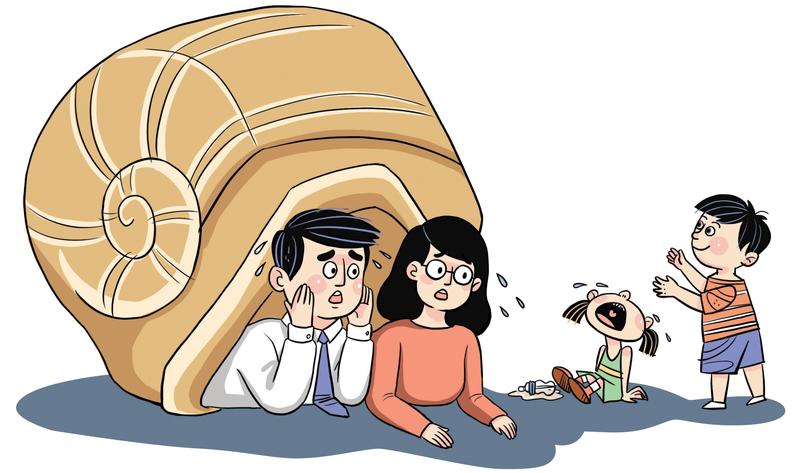 Some provinces and cities have of late issued policies to encourage couples to have two children. But will they be effective?

China's low fertility rate is endogenous. The fertility rate has been low in China for a long time, as having just one child (or no child in some cases) for couples has become a cultural trait of modern lifestyle in both urban and rural areas. The low fertility rate therefore is a severe demographic challenge for China.

"Having one child is enough" seems to have become a new culture among young couples, with some preferring to not have even one child.

According to the National Bureau of Statistics, China saw 17.23 million births last year, 630,000 fewer than in 2016. But the figure was 790,000 more than the average newborn population during the 12th Five-Year Plan period (2011-15), when the policy allowing all couples to have two children had not been implemented. Also, 8.83 million of the newborns last year were the second child of couples, 1.62 million more than in 2016, accounting for 51.2 percent of the total newborn population in 2017.

But since the policy allowing all couples to have two children took effect, the number of births of the first child has reduced sharply - last year it was 7.24 million, down 2.49 million compared with 2016.

As such, the two-child policy has not had the desired effect.

In the long run, an even lower fertility rate, which many demographers fear could become a reality, will create many serious problems, such as insufficient human resources, an unbalanced population, and shrinking innovative and creative capacity.

Therefore, the authorities should take resolute measures to curb the trend of shrinking population and aging society. Perhaps they could consider abandoning the family planning policy altogether while encouraging couples to have two children, by implementing favorable policies.

It is, however, difficult to increase the total fertility rate, as the cost of raising a child in China today is extremely high, forcing families to decide to not have a second child. Rising housing prices is another reason why many couples do not want a second child, with the lack of proper childbearing support complicating matters further. Even in rural areas, many couples prefer to not have a second child, which means the low fertility rate culture is widespread and taken deep roots.

It is the joint responsibility of the government, the people and society to overcome the challenge of low fertility rate and aging society, so China can enjoy sustainable economic and social development in the long run.

The author is a professor at the Institute of Population Research, Peking University.