Putin's soccer ball gift to Trump may have had microchip 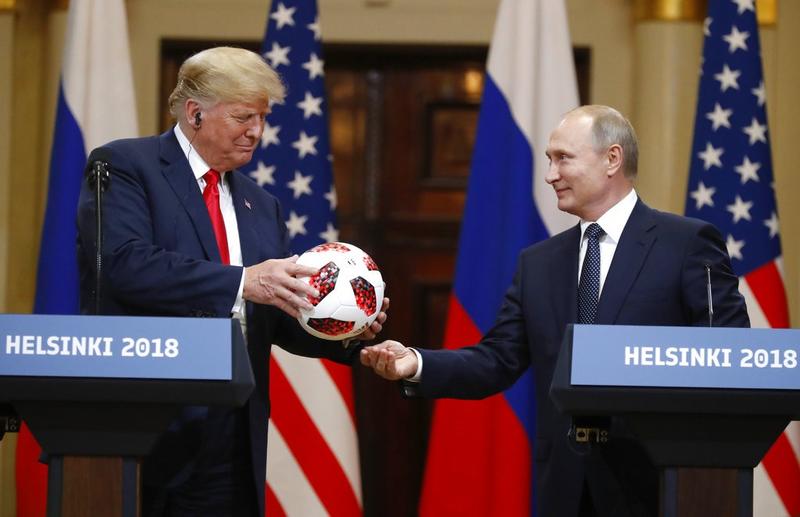 Russian President Vladimir Putin, right, gives a soccer ball to US President Donald Trump during a press conference after their meeting at the Presidential Palace in Helsinki, Finland, July 16, 2018. (ALEXANDER ZEMLIANICHENKO / AP)

WASHINGTON — The soccer ball that Vladimir Putin gave US President Donald Trump may have had a bug after all. Thought it's not what you're thinking.

Adidas said that particular ball is embedded with a microchip that accesses Adidas content for display on smartphones.

After the Russian leader tossed it to Trump following their Finland summit, Sen. Lindsey Graham — a Putin critic — tweeted that he'd have it checked for listening devices.

That's exactly what the US Secret Service has done. A security screening is standard for all gifts to the president.

Trump said he would give the red-and-white ball to his 12-year-old son, Barron, a soccer fan.

Graham said he'd "never allow it in the White House."

The White House had no update Wednesday on the ball's status.