LONDON — British Prime Minister Theresa May will try to persuade her divided Cabinet on Wednesday that they have a choice between backing a draft Brexit deal with the European Union or plunging the UK into political and economic uncertainty.

Failure to secure Cabinet backing will leave May's leadership in doubt and the Brexit process in chaos, with exit day just over four months away on March 29

May called a special Cabinet meeting after negotiators from Britain and the EU broke a months-long logjam and reached agreement on divorce terms, including a plan to keep the border between Ireland and Northern Ireland open after Brexit.

But pro-Brexit lawmakers in May's Conservative Party — including some members of the Cabinet — say the agreement will leave Britain tethered to the EU after it departs and unable to forge an independent trade policy.

May's supporters argue that the deal is the best on offer, and the alternatives are a chaotic "no-deal" Brexit that would cause huge disruption to people and businesses, or an election that could see the Conservative government replaced by the left-of-center Labour Party.

Former Foreign Secretary William Hague warned "ardent Brexiteers" that if they shoot down May's deal, it could lead to a change of government and a new referendum and "Brexit might never happen at all." 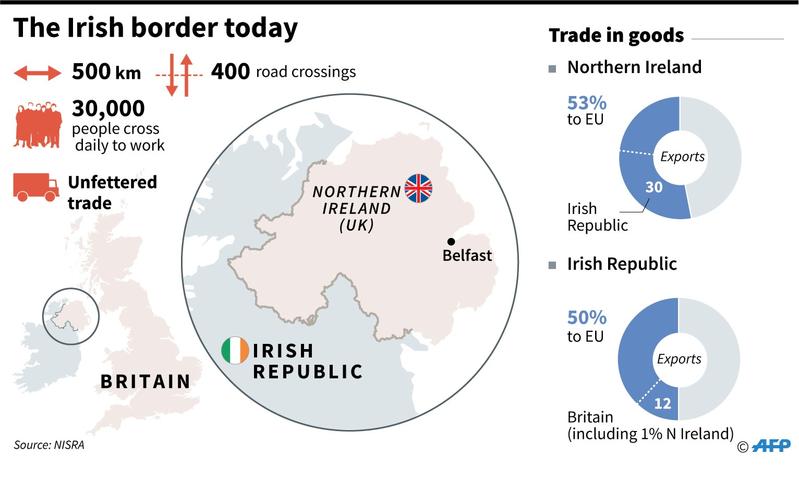 This graphic shows map and key statistics on the border between the Irish Republic and Northern Ireland, part of Britain which is leaving the EU.

Failure to secure Cabinet backing will leave May's leadership in doubt and the Brexit process in chaos, with exit day just over four months away on March 29.

If Cabinet supports the deal, it needs approval from the EU at a summit in the next few weeks. Then May will need to win backing from Parliament, where pro-Brexit and pro-EU legislators alike are threatening to oppose it.

The main obstacle to a withdrawal agreement has long been how to ensure there are no customs posts or other checks along the border between the UK's Northern Ireland and EU member Ireland after Brexit. Britain and the EU agree that there must be no barriers that could disrupt businesses and residents on either side of the border and undermine Northern Ireland's hard-won peace process.

The proposed solution involves a common customs arrangement for the UK and the EU, to eliminate the need for border checks, with some provisions that are specific to Northern Ireland.

The solution is intended to be temporary, but pro-Brexit politicians in Britain fear it may become permanent, hampering Britain's ability to strike new trade deals around the world. 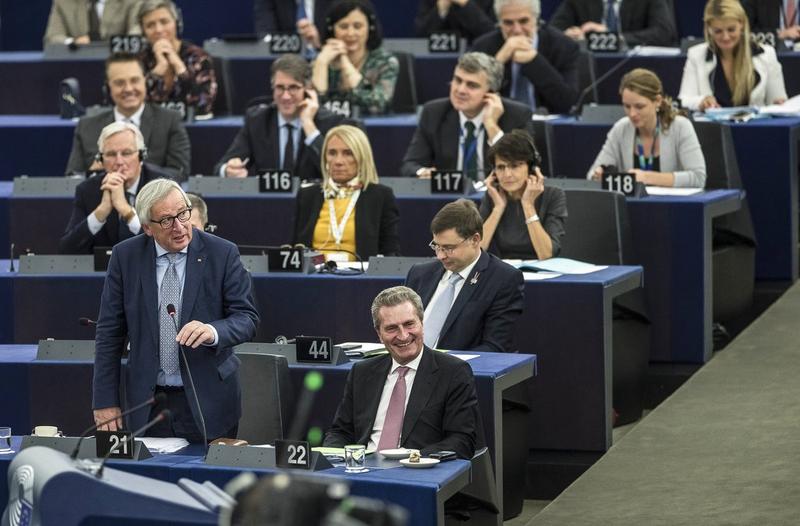 Northern Ireland's Democratic Unionist Party, which props up May's minority government, says it will oppose any deal that leaves Northern Ireland subject to different rules to the rest of the UK after Brexit.

"That is not something we can support," he told the BBC.

May also faces growing opposition from pro-EU lawmakers, who say her proposed Brexit deal is worse than the status quo and the British public should get a new vote on whether to leave or to stay.

Britain's Prime Minister Theresa May, gives a speech during the Lord Mayor's Banquet at the Guildhall in London, Nov 12, 2018.  (DOMINIC LIPINSKI / PA VIA AP)