Any collusion to destabilize HKSAR 'doomed to fail' 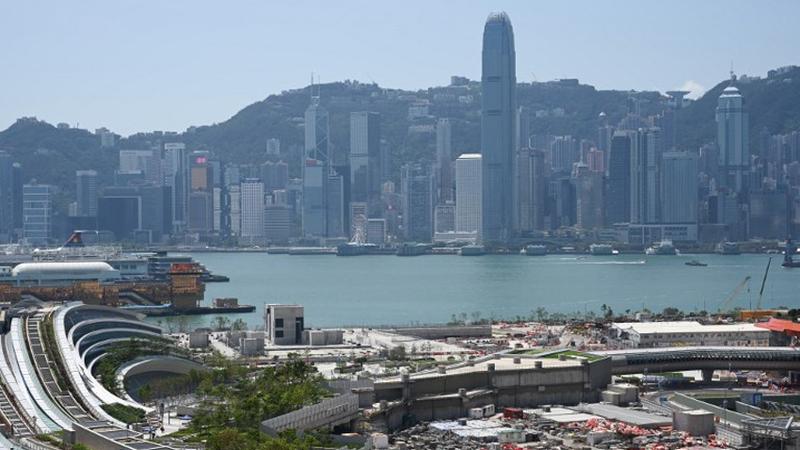 A general view shows the harbor-front West Kowloon train station, left, of the high-speed rail link and the skyline of Hong Kong island in the back on Sept 21, 2018. (ANTHONY WALLACE / AFP)

HONG KONG - Any collusion by forces in and out of the Hong Kong Special Administrative Region to destabilize the city and damage people's interests is doomed to fail, according to a spokesperson from Commissioner’s Office of the Foreign Ministry in the HKSAR.

The response came after reports that US Vice President Mike Pence and Secretary of State Mike Pompeo had meetings with Hong Kong businessman Jimmy Lai to discuss developments related to amendments to the city’s Fugitive Offenders Ordinance and the status of Hong Kong's autonomy under the "one country, two systems" framework.

Spokesperson, Commissioner’s Office of the Foreign Ministry in the HKSAR

“The US knows only too well what kind of person Jimmy Lai is, what stance he holds and what role he plays in Hong Kong society. It is evidently out of ulterior motives that US senior officials should line up to meet someone like Lai when Hong Kong situation remains sensitive,” according to the spokesperson.

The office deplored and firmly opposed such acts which have “conveyed a gravely wrong signal”.

The spokesperson emphasized that the US has, without regard to international law and basic norms governing international relations, time and again interfered with Hong Kong affairs, which are China's domestic affairs, and disrupted the law-based governance of the SAR government.

The Commissioner's Office has lodged stern representations with the US Consulate General in Hong Kong, urging the US side to immediately stop erroneous remarks and actions, and avoid going further down the wrong path, the spokesperson said.

The spokesperson pointed out that some individuals in Hong Kong have willingly been manipulated by anti-China foreign forces to destabilize the city for their selfish interests, in total disregard of national dignity and the interests of Hong Kong. They curry favor with foreign forces, and invite trouble to the city. Such despicable acts are loathed by all Chinese people, including Hong Kong compatriots, and the traitors of the nation and Hong Kong are condemned to everlasting infamy.