'China has done everything right'

By Karl Wilson in Singapore 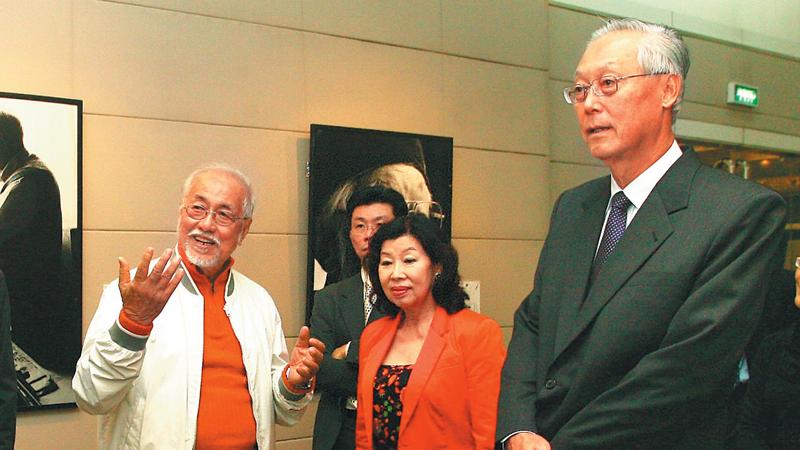 Editor's note: This year marks the 40th anniversary of the launch of China's reform and opening-up policy. China Daily profiles people who experienced or witnessed the important drive.

When Goh Chok Tong made his first trip to China in 1971, he described the experience as like "going to an alien country".

Singapore's emeritus senior minister and the man who succeeded Lee Kuan Yew to become the country's second prime minister (1990-2004) said, "China was a totally different country back then."

Sitting in the West Drawing Room of The Istana, the ornate colonial home of former British governors set in lush green gardens and now the office of Singapore's president, Goh described how it took three to four days to get from Singapore to Beijing in the past.

"You flew from Singapore to Hong Kong, stayed overnight. Then took a train to Guangzhou where you also stayed overnight, before flying to Beijing if the weather permitted," he said.

With China, you don’t have to agree with its mode of government, but it has stability, consistency of policy and the right pro-growth framework for growth

He described how men and women wore Mao suits, how workers were assigned places of work, and bicycles ... bicycles everywhere. Cities were run down and the people poor.

Goh said China back then was still halfway through the "cultural revolution" (1966-76) and its economic impact on the world was "minimal".

Since Deng Xiaoping introduced his reforms 40 years ago, the opening-up of China has had "a big impact on the world, positively", Goh said.

"Men and women wear the latest fashions and cars have replaced bicycles. Cosmetic sales flourish. People now travel freely in search of jobs, motivated by profit and wages rather than being bound to assigned places of work. Social habits have changed."

In terms of education, Goh said the biggest change has been in the large number of students now going overseas to study.

"English is now more widely spoken. Admission to university is now based on academic merit rather than ideology," he said.

"This has raised the standard of education, intellectual discourse and research."

He said in diplomacy, China is now more active and has a presence in "all parts of the world".

"Before, it conducted diplomacy from behind a 'bamboo curtain', so-called by Western journalists."

Asked whether he had thought China would emerge as the great nation it is today, Goh thought about the question, leaned back in his chair and said, "Frankly, no."

"My father came to Singapore (from Yongchun county in Fujian province) at the age of 7. I grew up in Singapore so my knowledge of China at that time was one of poverty. My grandmother would describe how cold the winters were and how difficult life was in China. My grandmother sent old clothes to relatives in China. So my impression was one of a poor country."

Goh's first meeting with Deng was in 1978 when he was part of an official Singapore delegation led by Lee. The meeting was in November, just one month before Deng announced his historic reform and opening-up policy that would propel China into the 21st century as an economic powerhouse and a major global power.

"What was my impression? Very positive," Goh said.

"Mr Lee Kuan Yew noted the meeting in one of his books when he said: 'Here was this small man sitting on a chair and his feet could hardly touch the ground. But he had tremendous presence. He was curious. Asking all sorts of questions. You could sense the tremendous presence he had. He had a wide knowledge of China and a vision of what China should do and could be.'" 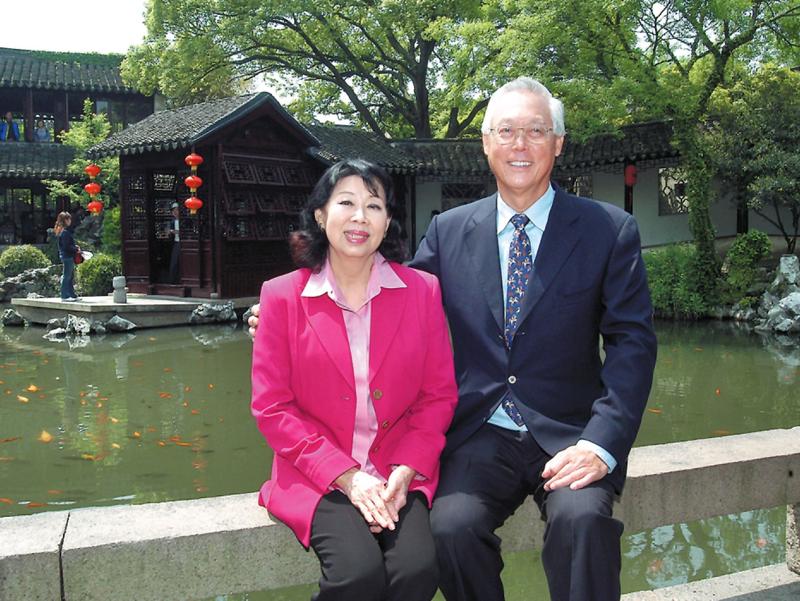 Singapore officially recognized China in 1990 and was the last member of the Association of Southeast Asian Nations to do so. A large part of the reasoning was the fact that Singapore is mainly of Chinese heritage.

"It was a balancing act," Goh said. "If Singapore had recognized China before Malaysia, it would have sent the wrong signal. Likewise with Indonesia. It was diplomacy."

Asked what lessons developing countries in Asia can draw from China's reforms, Goh said: "The first lesson is how to grow the economy. China has done it by opening its economy and creating the right economic environment for investments.

"This is a continuous process and we note that President Xi Jinping has promised that China will continue to open up even more.

"This means political stability, a conducive policy framework and consistency of policies."

He said China's pro-growth policies had "released the entrepreneurial spirit of the people and harnessed their energy".

Goh recalled a meeting he had with a senior Chinese official in the 1990s.

"In the 1980s and early '90s, China was sending its best and brightest people overseas to study and to learn new ideas. I asked the official, 'Aren't you afraid they won't come back?'

"The official said, 'If 50 percent come back, it will make a big difference to our country and our people.' China knew the country would keep on growing. It was like a big magnet."

With rapid urbanization, demographic shifts, and rising incomes and costs of production, China is continuously restructuring its economy as it moves from investment-led growth to consumption-led growth.

"Other countries can also learn from China the importance of building an integrated, nationwide network of modern infrastructure to both stimulate and support economic growth and the demands of the population," Goh said.

"The point is investors must have political stability and a consistency of policies to invest. If they don't, they will not invest.

"With China, you don't have to agree with its mode of government, but it has stability, consistency of policy and the right pro-growth framework for growth."

Despite China's many achievements following Deng's reform and opening-up, which have seen 700 million people lifted out of poverty, there are some who still deny China the recognition it deserves.

"It is true China has not been given the recognition it deserves for its monumental achievements over the last 40 years," Goh said.

He said Asia largely accepts the Chinese model of government and the way its society is organized, "but not liberal Western democracies".

"The fact that China, with its centralized government, has achieved so much in such a short period of time is an economic miracle," Goh said. "We do not have to agree with the model, but we should recognize China made the right strategic decision in the late 1970s when it decided to open up without undermining the role of the Communist Party (of China).

"That centralized system enabled them to push through tough reforms and implement decisions quickly."

Goh said that if China had followed former Soviet Union leader Mikhail Gorbachev's strategy of perestroika (reform of the party and economy) and glasnost (openness) at the same time "the country would have probably broken up" like the Soviet Union did on Dec 25, 1991.

He said China had taken the right path by restructuring its economy.

"What I find is that the US and Europe currently have a genuine domestic political problem with globalization," Goh said.

"The supply chain is such that they (Western countries) have lost jobs in many manufacturing industries, giving rise to anti-globalization sentiments when the correct solution is to try to restructure the economy.

"We have had to do it in Singapore. Restructure and move forward. If you take the US, it says no to restructuring and says it will bring the jobs back. But the jobs won't go back.

"This is short-term politics with no long-term gains. This is the economic fear many of the developed countries now face."

He said China's opening-up was not just a domestic development, but it also had an external dimension to it.

The fact that it has benefited from a rules-based multilateral system means it must also support a rules-based order going forward, he said.

"The point is China has done everything right. It joined the World Trade Organization in 2001 as a developing nation," Goh said. "At the time, its gross domestic product was about 5 percent of world GDP.

"Today, it is an advanced developing economy, the world's second-largest, and contributes a share of 15 percent to world GDP."

Goh said China should now start to consider proposed changes in the WTO rules that will require it to reform its economy even further.

"Crucially, China was a friend to regional countries when it was fast rising," he said. "That goodwill and friendship is a valuable strategic asset, which must be nurtured with mutual trust and respect.

"The rest of the world now has higher expectations of China as a global economic leader.

"It will watch what China is doing to liberalize its economy and markets further and how it will contribute to the multilateral trading system."

A lot has changed since Deng's reforms, Goh said.

"When Deng visited Singapore in 1978, I sat in at his meeting with Lee Kuan Yew as a young and relatively new minister," he said.

Deng had stayed in Singapore for two days in 1920 on his way to France. He saw what Singapore was like then and was astonished by what had changed, Goh said.

"Even as a young man, Deng could see what was possible," he said.

During his Southern Tour in 1992, Deng cited Singapore as a model for China's development.

After some initial difficulties, the joint project proved successful.

Goh helped initiate the Tianjin Eco-city in 2008 with then premier Wen Jiabao.

"This project was proposed because China then was rapidly urbanizing and emphasizing sustainable green development," Goh said. "We wanted to develop a model eco-city to demonstrate that it could be done and replicated in other parts of China."

The city was built on abandoned salt pans and polluted water bodies.

It celebrated its 10th anniversary this year as a green, thriving city with more than 80,000 residents.

"When you sit back and look at China today, you see a country that invests in people and in projects that are ahead of their time. China is connecting the country, integrating provinces so you have one country ... one China," Goh said.

Ending the interview, Goh used this analogy in a veiled reference to the current state of play between the United States and China over trade: "China is like a huge elephant. And fortunately for us, it is a gentle elephant. When that elephant moves into the pool, we smaller animals have to adjust. However, China must give us some warning first. But if you try to stop China from growing, that's when it turns into a rogue elephant, and when that happens you better watch out." 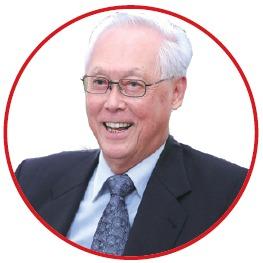 1964: First-class honors in economics from University of Singapore

1969: Joins national shipping company Neptune Orient Lines, going on to serve as managing director from 1973 to 1977

1976: Elected to Parliament, where he remains an MP

1979-90: Serves, successively, as minister of trade and industry, health, and defense

August 2004-May 2011: Remains in Cabinet as senior minister, also serves as chairman of the Monetary Authority of Singapore. Upon leaving the Cabinet, given honorary title of emeritus senior minister and appointed senior adviser to the monetary authority

April 2017: Appointed chairman of the governing board of the Lee Kuan Yew School of Public Policy at the National University of Singapore.