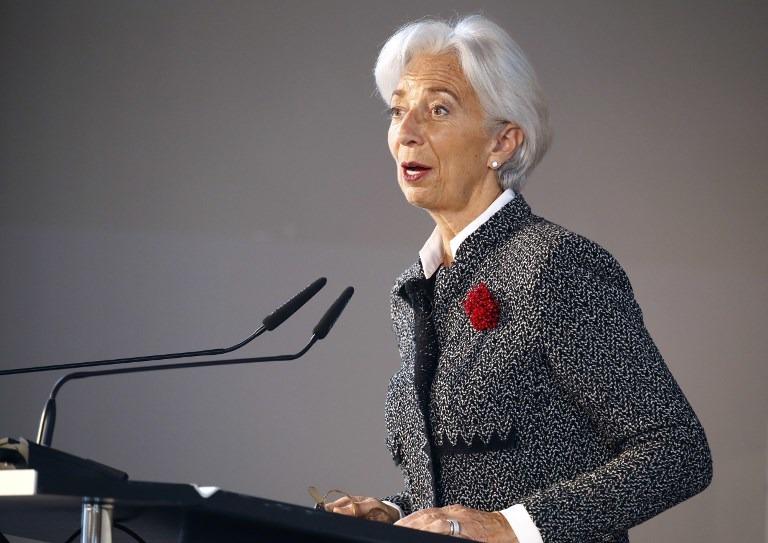 In a speech in Berlin, Lagarde hailed a "sustained and broadly shared upswing" in the global economy.

"But there are other, forceful headwinds threatening," Lagarde added. "Think of the rise of populism and the short-sighted siren call of protectionism."

For the euro zone to prepare for the next economic downturn, she urged its members to develop a modernized capital markets union, an improved banking union and to move towards greater fiscal integration, starting with a central fiscal capacity.

Such a fiscal tool would reassure investors, Lagarde said.

Her proposed rainy day fund would see euro zone countries make contributions each year to build up assets in good times. They could then receive transfers during a downturn.

In extreme circumstances, countries could borrow from the fund and repay their loans with future contributions, she said.

Transfers from the fund should be conditional on members sticking to EU fiscal rules. Lagarde also recommended that countries pay a premium in good times based on the benefits they receive in bad times.

These twin steps would aim to avoid permanent transfers.

On a capital markets union, she called for enhanced regulation and upgraded oversight arrangements to handle a potential influx of financial services firms to continental Europe after Brexit.

"One of the consequences of Brexit is that many financial services will likely move to continental Europe in the months ahead," Lagarde said.

On a banking union, she welcomed signs of progress.

"Agreement on a schedule for common deposit insurance, together with a roadmap for reducing vulnerabilities in the banking sector, would be an even bigger move in the right direction," she added.