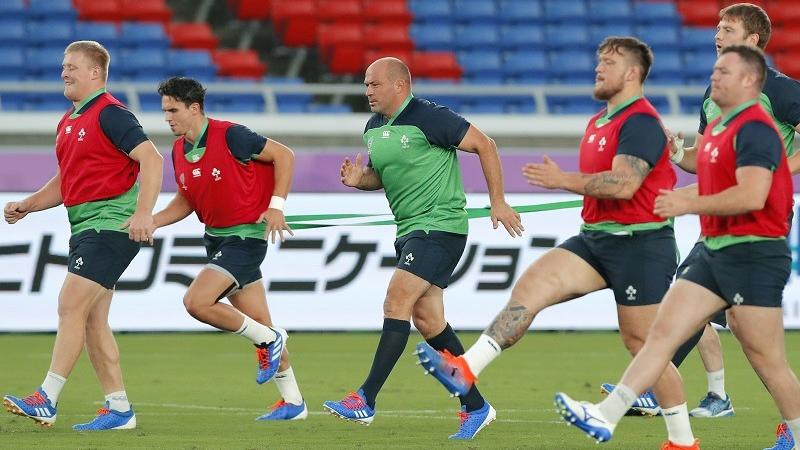 Ireland rugby team members train ahead of their Rugby World Cup match against Scotland, in Yokohama, near Tokyo Sept 20, 2019. (KYODO NEWS VIA AP)

TOKYO - Ireland claimed a vital 27-3 victory over Scotland to boost their chances of topping Pool A in Yokohama on Sunday. While England and Italy also grabbed victories over Tonga and Namibia respectively.

Day three of the 2019 Rugby World Cup once again saw big crowds and many tries as all three of the day's victors secured four-try bonus points.

Ireland and Scotland both headed to their opening game in Yokohama with the belief that they could win the game and set up an easier route to the quarterfinals.

However, it was Ireland that started the brightest with two tries in the first 20 minutes, as the first came inside five as lock James Ryan muscled through the Scotland defense to open the scoring for Ireland.

The second Irish try soon followed as 37-year-old captain Rory Best got the touchdown from a Irish rolling maul in the 13th minute to take the score to 12-0. Incidentally, at 37 years and 37 days old, Best became the fourth oldest try scorer at a World Cup.

Scotland's Greig Laidlaw added three points through a penalty but then Ireland soon scored another try via prop Tadhg Furlong in the 24th minute. The try was a mirror image of the Ryan try earlier in the half, as the Irish forwards continued to target an ailing Scottish defense at the fringes of the rucks.

When the players came out for the second half, the rain rolled into Yokohama. Scotland, requiring three tries to get back into the game soon saw their hopes washed away as a litany of handling errors stopped any momentum from building.

On the 55 minutes mark, Ireland struck again. Another Scottish handling error spilled possession into the hands of the Irish and Andrew Conway duly obliged by scoring in the corner to wrap up the win and bonus point.

In the other games on Sunday, England wrapped up the bonus point in a 35-3 win over Tonga in Sapporo. The English side, one of the favorites at the year's tournament, struggled to build up a head of steam against a physical Tongan defense that pushed many of the England players backward in contact.

While the Tongans rarely got close to England's try line, the number of unforced errors made by the English will give coach Eddie Jones something to think about before their next game against the USA on Thursday.

In the early kick-off, Italy dispatched a spirited Namibia 47-22 in Osaka. In a game that Namibia was expected to lose heavily, the African side managed to keep pace with the Azzurri for large portions of the first half. 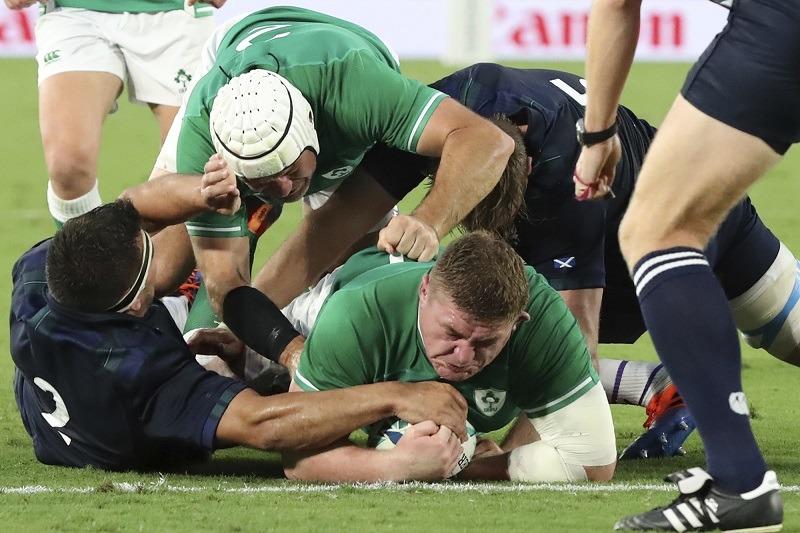