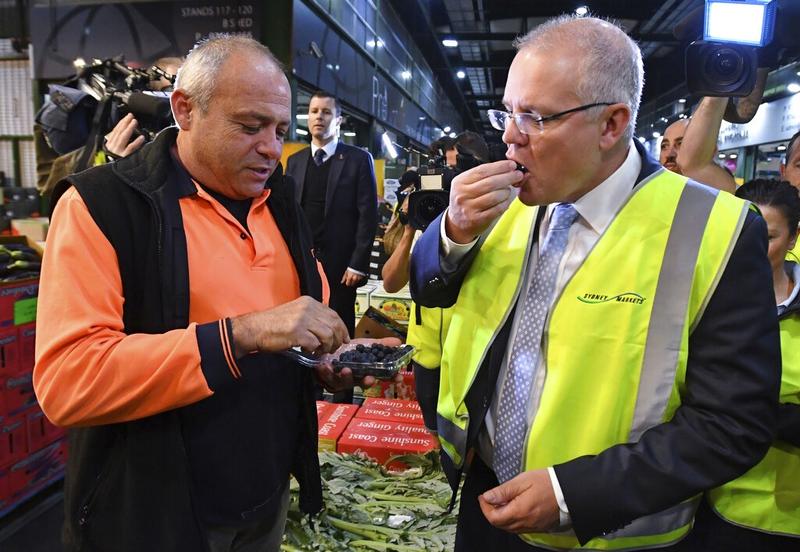 Australian Prime Minister Scott Morrison, right, eats a blueberry during a visit to markets in Sydney, May 16, 2019. (MICK TSIKAS / AAP IMAGE VIA AP)

CANBERRA — Leaders of Australia's major political parties have made their last pitch to voters ahead of the general election on Saturday.

In his final major speech of the campaign, Australian Prime Minister Scott Morrison told the National Press Club here on Thursday that "now is not the time" for a change in government.

According to the latest Newspoll, one of the nation's leading opinion polls, released on Sunday night, the opposition Australian Labor Party (ALP) leads the incumbent Liberal-National Party coalition (LNP) 51-49 on two-party preferred terms.

This will be a close election ... Every single vote that is cast on this Saturday will decide who will lead our country... who will form the government.

Morrison on Thursday's address stressed that, despite the polls, the election was not "run and done."

"This will be a close election. That is not something, I think, anyone was writing two months ago, six months ago, eight months ago," he said, referring to his party's revival in the polls under his leadership.

"Every single vote that is cast on this Saturday will decide who will lead our country... who will form the government.

Morrison's final speech echoed the sentiments that he has built his re-election campaign on, promising fiscal stability and significant tax cuts across the board while attacking Shorten's plan to tax the "top end of town."

"Our nation must choose the habits and fears of the past or the demands and opportunities of the future," he said.

"The nation's door to the future stands ajar and we ask the men and women of Australia to vote for change on May 18. We ask you to vote for new ideas, new equality of opportunity." 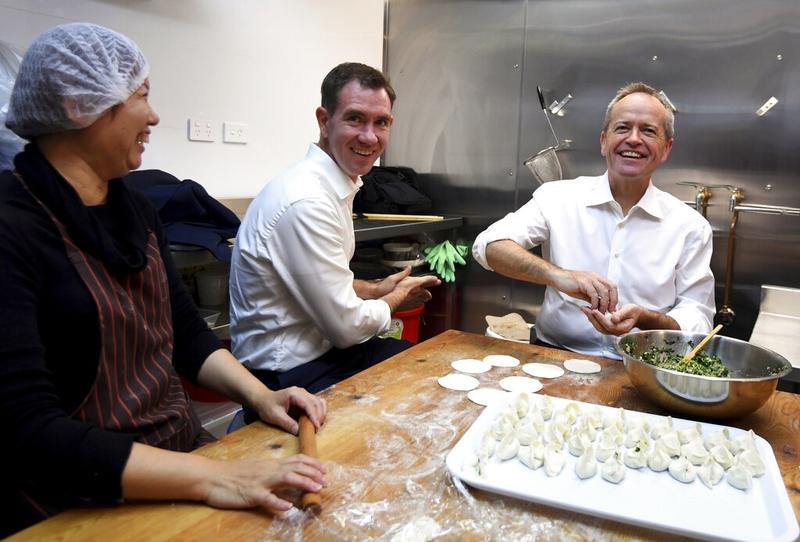 On Wednesday night, Morrison made his final bid to Chinese voters who will be crucial in marginal electorates in and around Sydney, according to The Sydney Morning Herald.

Speaking in Sydney's Chinatown, Morrison committed to enhancing "relations with China," describing the relationship as "very much co-dependent."

"The linkages go well beyond the economics to the heritage that we share in common and that provides Australia with a unique opportunity to pursue this relationship," he said.

"I know of no community who does not work harder, start more businesses, or apply themselves more to the education of their children."

The Australian Electoral Commission has warned that a record number of early votes could delay counting when polls close on Saturday and make it difficult to declare a winner on election night.

About 3.4 million people had cast their ballots early as of the close of business on Wednesday, more than the 2.98 million pre-poll votes lodged in the 2016 election.