What now for Britain's troubled Brexit? 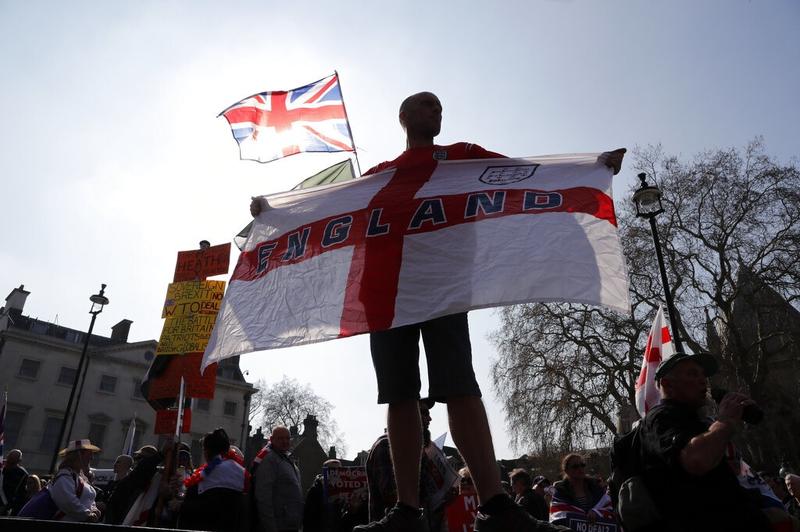 LONDON — British Prime Minister Theresa May's Brexit deal is all but dead, after lawmakers voted to reject it for a third time Friday — the day Britain had long been scheduled to leave the European Union.

The UK now faces a deadline of April 12 to present the EU with a new plan, or crash out of the bloc without an agreement.

The EU has given Britain until April 12 — two weeks away — to decide whether it wants to ask for another postponement to Brexit. The bloc has called an emergency Brexit summit for April 10 to deal with a British request, or prepare for a no-deal Brexit.

Without a delay, Britain will leave the bloc at 11 pm UK time (6 pm EDT) on April 12 without a divorce agreement to smooth the way

Without a delay, Britain will leave the bloc at 11 pm UK time (6 pm EDT) on April 12 without a divorce agreement to smooth the way. Most politicians, economists and business groups think such a no-deal scenario would be disastrous, erecting customs checks, tariffs and other barriers between Britain and its biggest trading partner.

Parliament has voted repeatedly to rule out a no-deal Brexit — but it remains the default position unless a deal is approved, Brexit is canceled or the EU grants Britain another extension.

The alternative to "no-deal" is to delay Brexit for at least several months while Britain tries to sort out the mess.

The bloc is reluctant to have a departing Britain participate in European Parliament elections in late May, as it would have to do if Brexit is delayed. But EU Council President Donald Tusk has urged the bloc to give Britain the extension if it plans to change course and seek a softer Brexit that keeps close economic ties between Britain and the bloc.

This week lawmakers held a series of "indicative votes" on alternatives to May's deal. The exercise did not provide clarity — all eight options on offer were defeated. But it did hint at a potential compromise. The measure that came closest to a majority called for Britain to remain in a customs union with the EU after it leaves.

May has always ruled that out, because sticking to EU trade rules would limit Britain's ability to forge new trade deals around the world.

But a customs union would ensure UK businesses can continue to trade with the EU, and would solve many of the problems that bedevil May's deal. In particular it would remove the need for customs posts and border checks between Ireland and Northern Ireland.

There's a good chance a withdrawal agreement that included a customs union pledge would be approved by Parliament, and welcomed by the EU.

Britain is not scheduled to hold a national election until 2022, but the gridlock in Parliament makes a snap vote more likely.

Opposition politicians think the only way forward is an early election that could rearrange Parliament and break the political deadlock. They could try to bring down the government in a no-confidence vote, triggering a general election.

Britain voted by 52 percent to 48 percent to leave the EU in 2016. Since then, polls suggest the "remain" side has gained in strength

Or the government could pull the trigger itself if it thinks it has nothing to lose.

May promised to quit if her Brexit deal was approved and Britain left the EU in May. Even though it was defeated she will still face huge pressure to resign, paving the way for a Conservative Party leadership contest.

Another option considered by lawmakers this week called for any deal to be put to public vote in a "confirmatory referendum." The idea has significant support from opposition parties, plus some members of the Conservatives.

The government has ruled out holding another referendum on Britain's EU membership, but could change its mind if there appeared no other way to pass a Brexit deal.

Britain voted by 52 percent to 48 percent to leave the EU in 2016. Since then, polls suggest the "remain" side has gained in strength, but it's far from clear who would win a new referendum. It could leave Britain just as divided over Europe as it is now.