By Alywin Chew in Shanghai 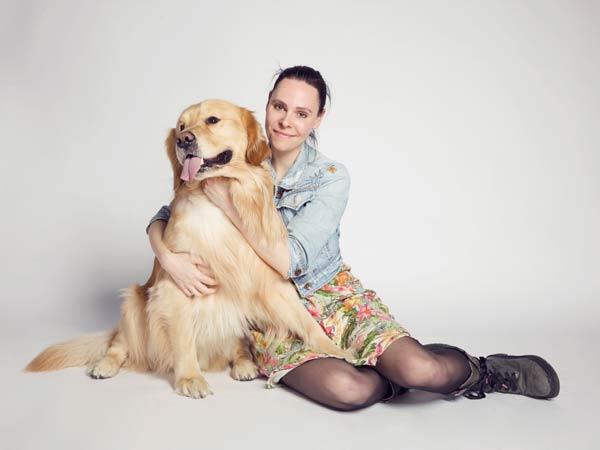 Editor's Note: China has adopted guidelines to boost innovation-fueled growth. The country will deepen reforms to enhance the level of entrepreneurship. This in turn will help increase employment and expand growth. In the series below, China Daily interviews a group of expatriates, who have set up their own businesses in Shanghai and Shenzhen.

Franziska Gloeckner's business idea in Shanghai came after a near tragedy.

In 2014, her golden retriever Kolya almost lost its life after a severe food poisoning episode and this prompted her to change the dog's diet.

After discovering how fresh meals dramatically improved its health, Gloeckner quit her job at a construction firm a year later to start Pawsome, a company which sells quality pet food.

According to Gloeckner, the company is the first in China to offer meals that are specially tailored to the nutritional needs of cats and dogs.

"A unique selling point of Pawsome is certainly the customization," said the German entrepreneur. "You can submit information about your dog's health condition via an online registration system.

"Our team of experts will then put together meals based on his or her requirements.

"For example, we have clients whose dogs suffer from liver issues," she added.

"We had previously advised them to customize their meals instead of buying our standard offerings as those have high protein content. This is not suitable for such a health condition."

To ensure the food is safe and of excellent quality, Gloeckner only works with suppliers who are transparent about the origins of their ingredients.

In addition, the meats, fish and vegetables used in Pawsome products are sourced from certified international suppliers and credible local wholesalers.

Some of their ingredients, such as calcium, have even passed purity tests conducted by Wessling Consulting, a German analytical and testing firm.

In terms of cooking methods, all food is prepared through dehydrating, baking or freezing. For raw meals, the food is freshly made on demand and never precooked.

Pet owners are even taught how to prepare these meals using sous vide sealed bags that help maximize the retention of nutrients.

Pawsome's products have been well-received in Shanghai.

The company has posted 30 percent year-on-year growth since it was founded, although it has yet to disclose detailed financial figures.

Entry into the market comes at a time when an increasing number of Chinese consumers are spending more on their pets than ever before.

According to consulting firm Euromonitor, loneliness and stress resulting from the pace of life in megacities are among the factors boosting pet ownership. The firm also found that there are around 30 million households in China that own a dog.

The second largest economy in the world is the third largest dog-owning market with Shanghai and Beijing being the key cities.

In March, authorities revealed that the transactions in the domestic pet food market jumped from 19.32 billion yuan ($2.8 billion) in 2013 to 53.5 billion yuan last year.

According to Euromonitor, increasing disposable incomes are also driving growth in the sector.