Vandals cut off nose of Zlatan Ibrahimovic's statue in Malmo 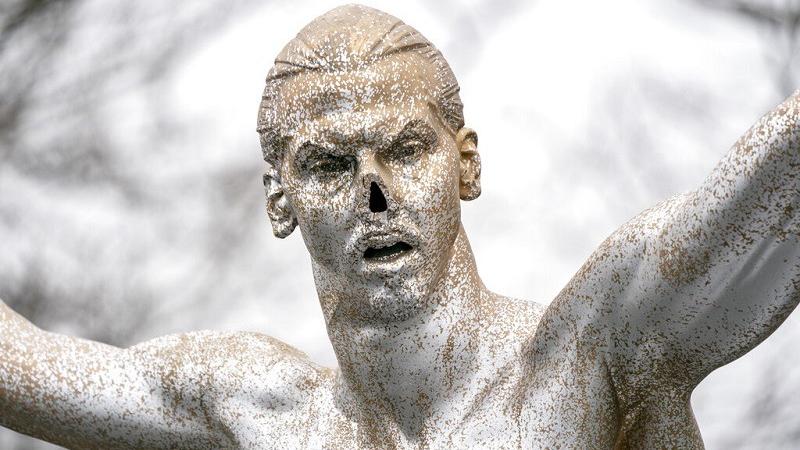 In this photo taken on Dec 22, 2019, the defaced statue of Zlatan Ibrahimovic is seen in Malmo, Sweden. (JOHAN NILSSON / TT NEWS AGENCY VIA AP)

MALMO, Sweden - The statue of Swedish soccer star Zlatan Ibrahimovic has been the target of more vandalism.

This time, its nose has been chopped off.

Ibrahimovic angered fans of his boyhood club, Malmo, last month when he bought a stake in one of its title rivals, Hammarby, and outlined his desire to make the Stockholm-based team "the best in Scandinavia."

A petition has been set up to remove the statue, with more than 8,000 people signing it

Hours after that was announced, a statue of Ibrahimovic that is located outside Malmo's stadium was attacked, with vandals attempting to set it on fire and writing racist graffiti next to it. On Dec 12, there was an attempt to saw off the statue's legs.

Now, its nose has been cut off and the bronze statue has been sprayed silver.

A petition has been set up to remove the statue, with more than 8,000 people signing it.

Ibrahimovic has said he will not play in Sweden again - he started his career at Malmo, where he was born, in 1999 - and is still weighing up where to play next. He recently left the Los Angeles Galaxy in Major League Soccer, having previously played for Ajax, Barcelona, AC Milan, Inter Milan, Paris Saint-Germain and Manchester United in a trophy-laden career. 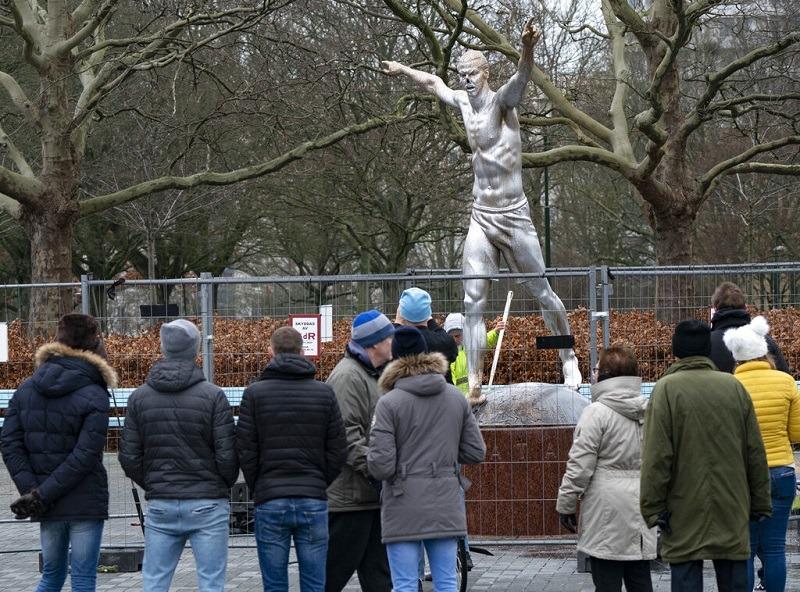 In this photo taken on Dec 22, 2019, the defaced statue of Zlatan Ibrahimovic is seen in Malmo, Sweden. (JOHAN NILSSON / TT NEWS AGENCY VIA AP)

Carlo Ancelotti, who was hired as manager of English club Everton at the weekend, suggested Ibrahimovic could be one of his first signings.

Speaking at his presentation at Everton on Monday, Ancelotti said: "Zlatan Ibrahimovic is a good friend of mine. He was my player (at PSG). Fortunately I have trained a lot of fantastic players.

"But Ibrahimovic has finished his period in the United States and I don't know what is his idea. I have to call him."

Ancelotti then added: "Maybe I'll call him and (ask) if he wants to come to Liverpool to enjoy - but not to play."