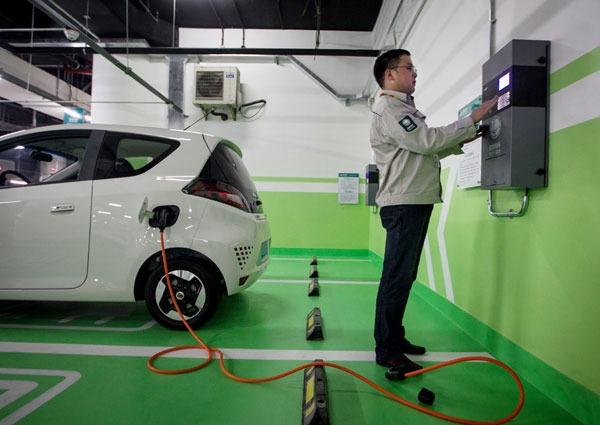 In this undated photo, a technician inspects the charging piles, or power ports, in a parking lot before they are put into operation. (PHOTO / XINHUA)

The improvement in the industrial chain and the rising percentage of domestic batteries contributed to the cost reduction, according to the report.

The cost of NEV power batteries need to be as low as traditional fuel vehicles to make NEVs competitive in price, the report said. The power battery price is expected to be lowered to 0.6 to 0.7 yuan per wh.

The government expects annual NEV output to hit 2 million in 2020, with NEV sales making up 20 percent of the overall auto market by 2025.