Tears, cheers in Munich as Bayern claims another Bundesliga 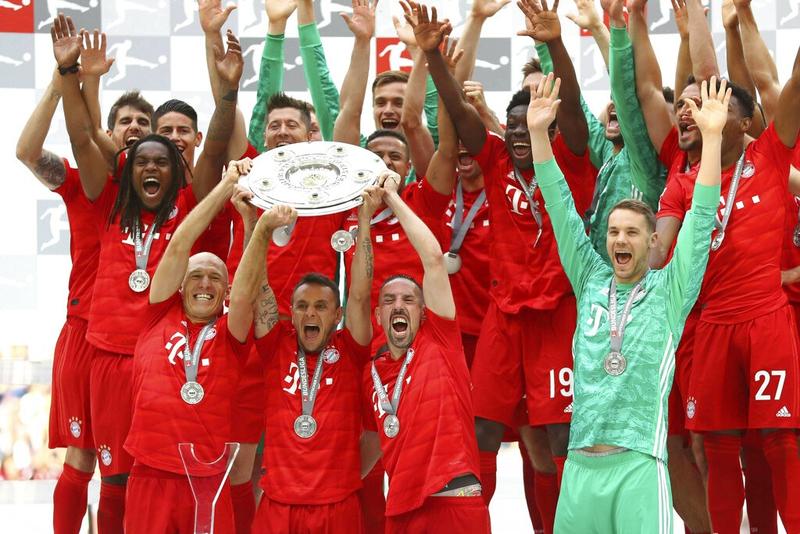 First came the tears, then the cheers.

Ribery was honored for 12 years of service before the game, and Robben for 10, and the teary-eyed wingers repaid the tributes after coming on as second-half substitutes.

"What they delivered was sensational. They defined an era," Bayern coach Niko Kovac said. 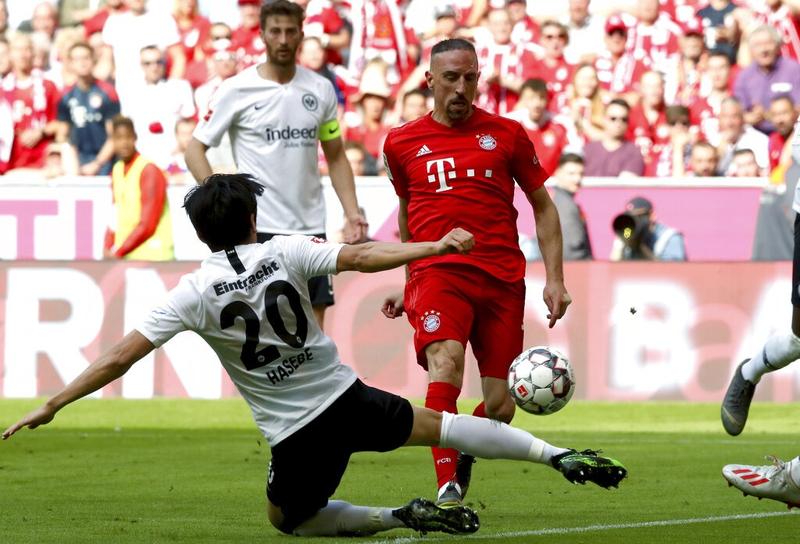 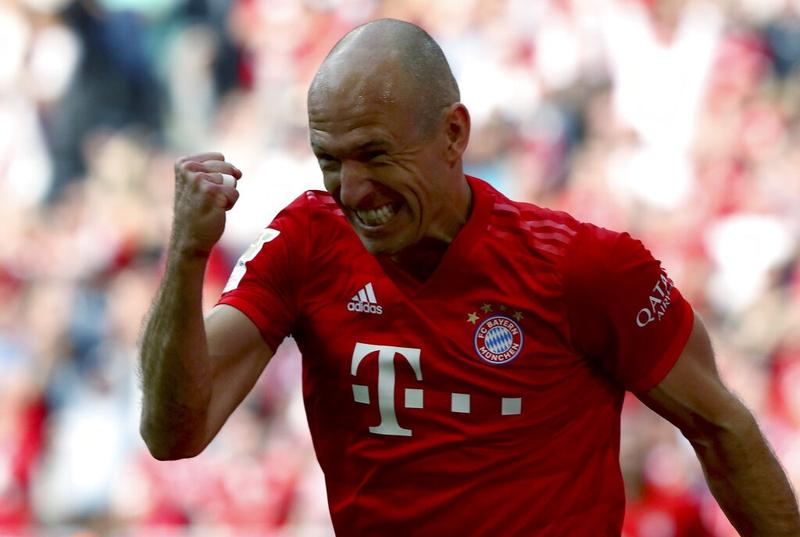 Kingsley Coman, David Alaba and Renato Sanches also scored to ensure Bayern finished two points ahead of Borussia Dortmund, which kept the pressure on to the last by winning at Borussia Moenchengladbach 2-0.

"You couldn't imagine a better finale," Kovac said after becoming the first to win the Bundesliga with Bayern as player and coach since Franz Beckenbauer in 1994.

It was the first time Bayern clinched the league title in its own stadium since moving into its new home in 2005, and the first time it was decided on the final day since 2009 when Wolfsburg finished ahead of the Bavarian powerhouse. 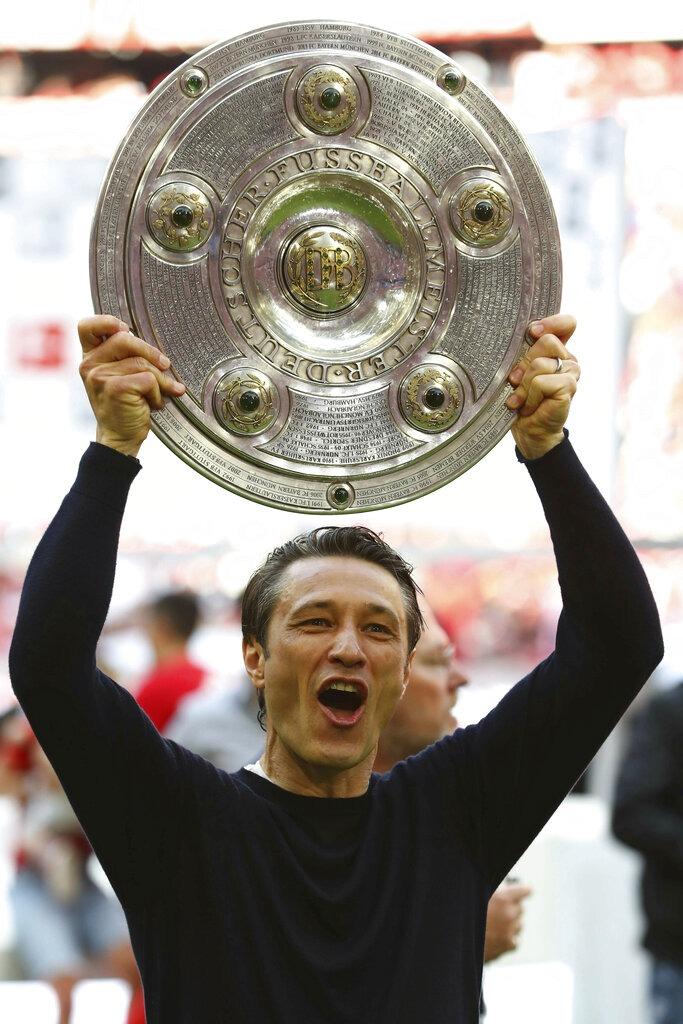 Dortmund, which enjoyed a nine-point lead over Bayern at one point, was left hoping for a favor from Frankfurt, which hadn't beaten the defending champions in 15 league games and lost on its last nine visits to Munich.

"We didn't lose the championship today," said Dortmund midfielder Axel Witsel, whose side dropped points to Schalke, Augsburg, Nuremberg, Werder Bremen and in a 5-0 rout in Munich.

It looked like being a bitter end to a brilliant season for Frankfurt, which lost in the Europa League semifinals to Chelsea on penalties.

Adi Huetter's side was fourth and in the last place for Champions League qualification with two rounds remaining and would have finished empty-handed in eighth had Mainz not come from behind to beat 10-man Hoffenheim 4-2. 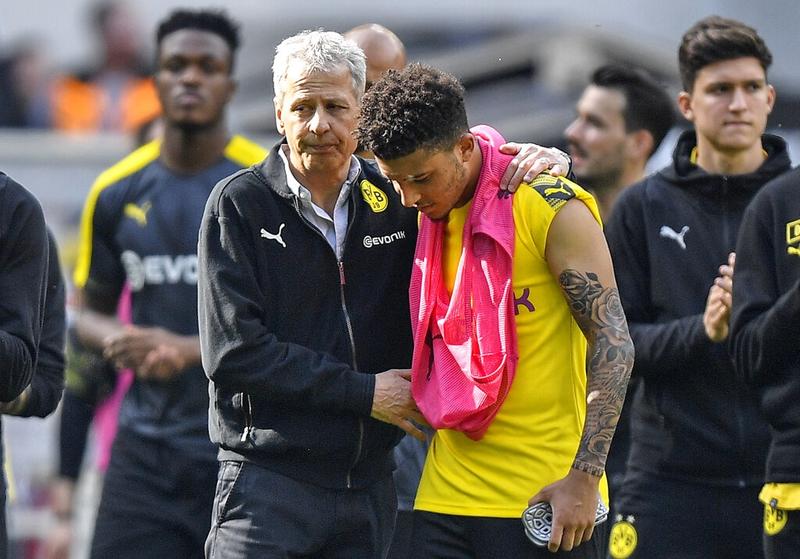 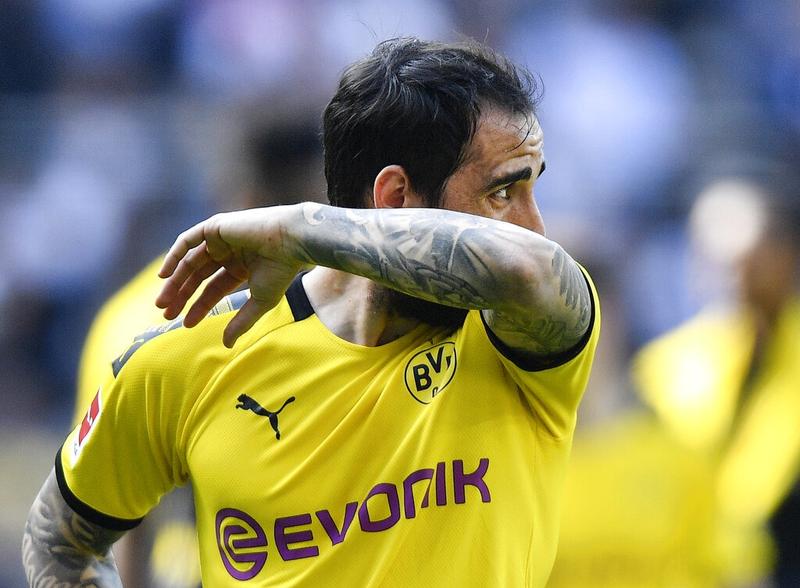 Bayer Leverkusen claimed the last Champions League place beating Hertha Berlin 5-1, dropping previously fourth-placed Gladbach to the Europa League, where it was joined by Wolfsburg after an 8-1 rout of Augsburg in Bruno Labbadia's last game as coach.

The 40-year-old Claudio Pizarro celebrated extending his contract by another year at Werder Bremen by scoring late for the side to beat Leipzig 2-1 at home.

Also, Schalke drew at home with Stuttgart 0-0, Fortuna Duesseldorf defeated relegated Hannover 2-1, and Freiburg routed the other relegated side, Nuremberg, 5-1.

It was a day of farewells across the Bundesliga. Bayern not only paid tribute to Robben and Ribery, but also Brazilian defender Rafinha after eight seasons. 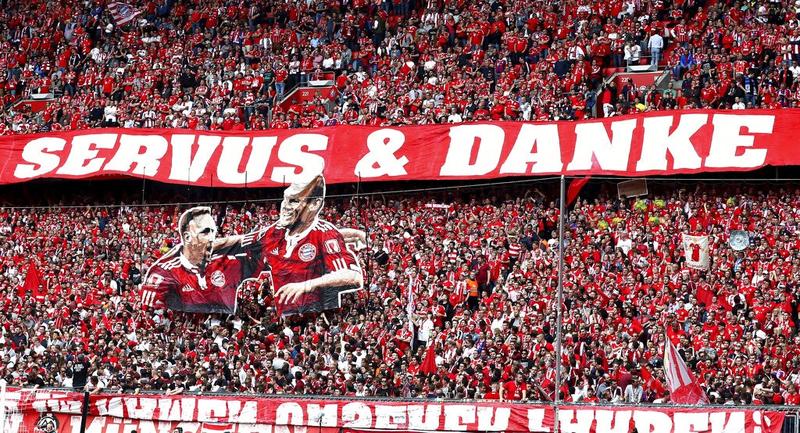 Bayern's supporters display portraits of players Franck Ribery and Arjen Robben prior to the German Bundesliga soccer match between FC Bayern Munich and Eintracht Frankfurt in Munich, Germany, May 18, 2019. The slogan reads 'Bye, Bye and Thank You'. (MATTHIAS SCHRADER / AP)

Dieter Hecking coached his last game for Gladbach, as did Labbadia at Wolfsburg.

Nico Willig still has a two-leg relegation playoff with Stuttgart against the team that finishes third in the second division before his departure.