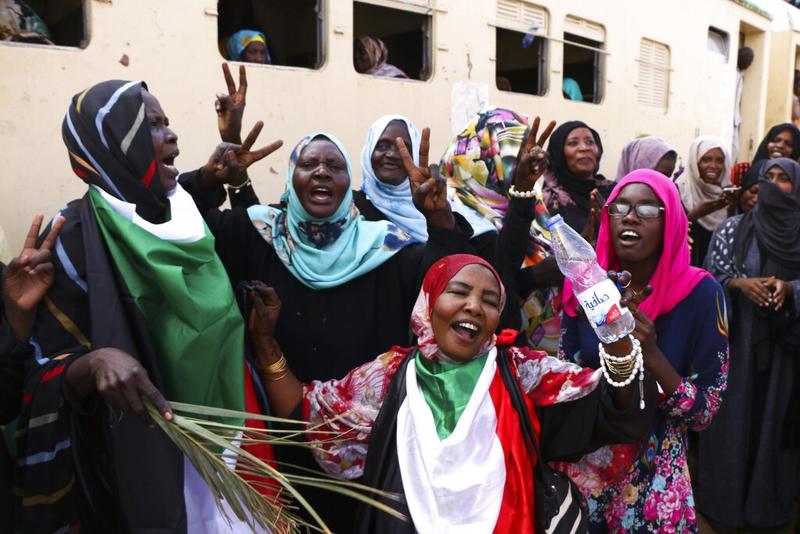 CAIRO — Sudan's pro-democracy movement and ruling military council signed a final power-sharing agreement Saturday at a ceremony in the capital, Khartoum, after weeks of tortuous negotiations.

The historic deal paves the way for a transition to a civilian-led government after the military overthrow of President Omar al-Bashir months ago and the more recent deadly suppression of protests.

The revolution has achieved its goals.

Earlier this month, the two sides initialed a constitutional document in the wake of international pressure and amid growing concerns that the political crisis that followed al-Bashir's ouster could ignite civil war.

Gen Abdel-Fattah Burhan, head of the military council, called the signing a "victorious and historic day for our nation."

"The revolution has achieved its goals," he said, vowing the military would guarantee the transition to civilian rule.

Protest leader Mohammed Naji al-Asam said the two sides have ushered in a "new page" in Sudan's history after three decades of "repression and corruption."

READ MORE: A new strongman in Sudan? Experts aren't so sure

The power-sharing deal creates a joint military and civilian sovereign council to rule for a little over three years until elections can be held. A military leader is to head the 11-member council for the first 21 months, followed by a civilian leader for the next 18. Lt Gen Shams el-Din Kabashi, spokesman for the military council, said Burhan would be the initial leader.

The agreement also establishes a Cabinet appointed by the activists, as well as a legislative body to be assembled within three months. The protest coalition is to have a majority in that body, as nominated by the Forces for Declaration of Freedom and Change, a coalition of opposition parties and movements representing the protesters.

The two sides appeared to agree on the soundness of a deal that came about in part because of international pressure. Ethiopia and the African Union co-led mediation efforts between the military and protesters. 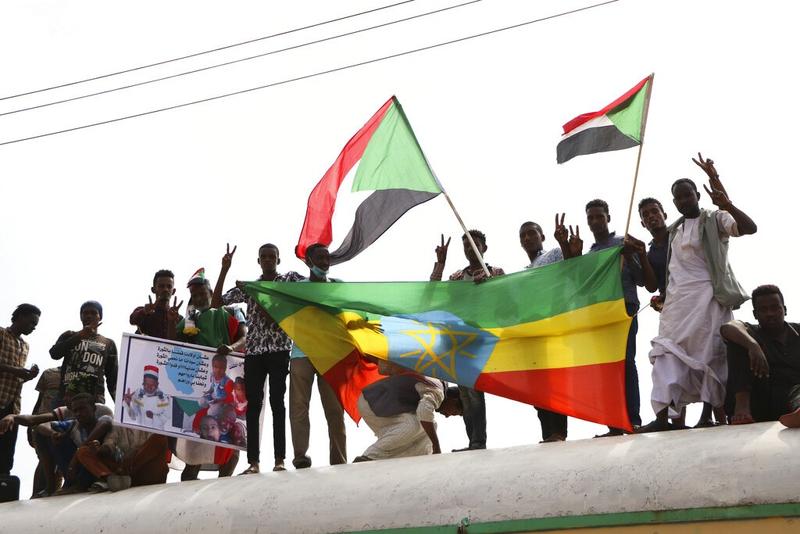 In this Aug 17, 2019 photo, Sudan’s pro-democracy supporters celebrate a final power-sharing agreement with the ruling military council in the capital, Khartoum. (PHOTO / AP)

But at least one analyst, Suliman Baldo, a senior researcher with the Enough Project, said the country will still face obstacles during the coming months of transition.

"Daunting challenges will face Sudan's progress to democracy and sound governance, chief among them the survival of the elements of the former regime in the institutions of the transition," Baldo said.

Still, the Sudanese celebrated in Khartoum and elsewhere across the country Saturday. Video posted online showed people celebrating in the streets in Darfur and the eastern province of Kassala.

Railway workers and other protesters had traveled to the capital Friday by train from Atbara, the northern transport hub where the uprising began in December.

The military overthrew al-Bashir in April following months of protests against his three-decade-long authoritarian rule. The protesters then remained in the streets, demanding a rapid transition to civilian leadership.

The ruling military council and the activists came under renewed pressure to reach an accord after security forces opened fire on student protesters on Aug 1 in the city of Obeid, leaving six people dead. At least nine troops from the paramilitary Rapid Support forces were arrested over the killings.

In June, security forces violently dispersed the protesters' main sit-in outside the military headquarters in Khartoum, killing dozens of people and plunging the fragile transition into crisis. The power-sharing agreement includes the establishment of an independent investigation into the crackdown on protests, specifically the dispersal of the sit-in.

Former Prime Minister Sadiq al-Mahdi, the leader of the opposition Umma party, said the deal was a "first step" in the democratic change until "fair" elections are held.

"Today is the day of transition to civilian rule. ... The next stage will be a test for us, without exclusion. We will open the door so all people can participate," said al-Mahdi, who led Sudan's last freely elected government before an Islamist-backed military coup in 1989.

Gen Mohammed Hamdan Dagalo, deputy head of the military council, and protest leader Ahmad Rabie, who is a high school teacher, signed the deal. Both had initialed the documents earlier this month. 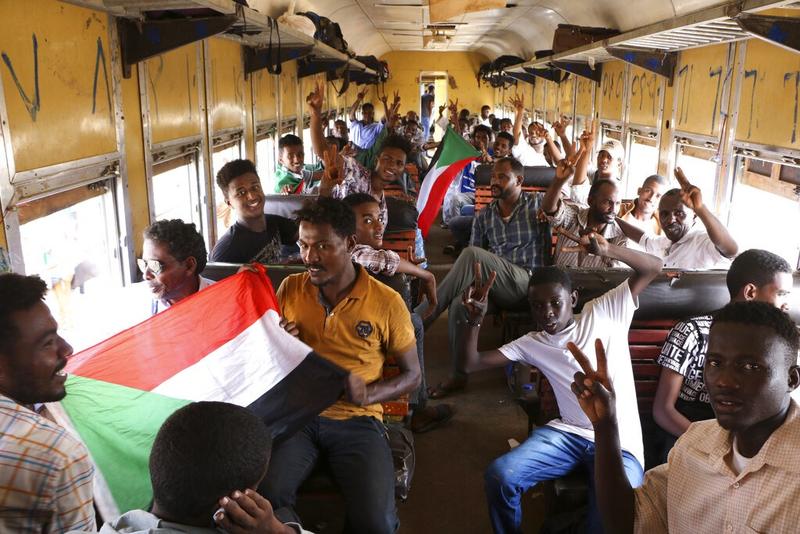 The Forces for Declaration of Freedom and Change nominated a well-known economist, Abdalla Hamdok, to be prime minister during the transition. He served as the deputy executive secretary of the United Nations Economic Commission for Africa since November 2011, and has yet to be confirmed by the sovereign council. The council's members are to be announced Sunday, after which the ruling military council will immediately be disbanded.

The power-sharing deal has been criticized by the Sudan Revolutionary Front, an alliance of the largest rebel groups in Darfur. The rebels have stressed to protest leaders that the agreement did not include "basic principles" to achieve peace in Sudan. The deal calls for the government to reach a peace agreement with the rebels within six months.

The rebel alliance, which is part of the FDFC opposition coalition, wanted to include a peace document agreed on by the protest movement in the power-sharing deal. The rebel leaders have engaged in talks with other protest leaders to settle the disputed points.