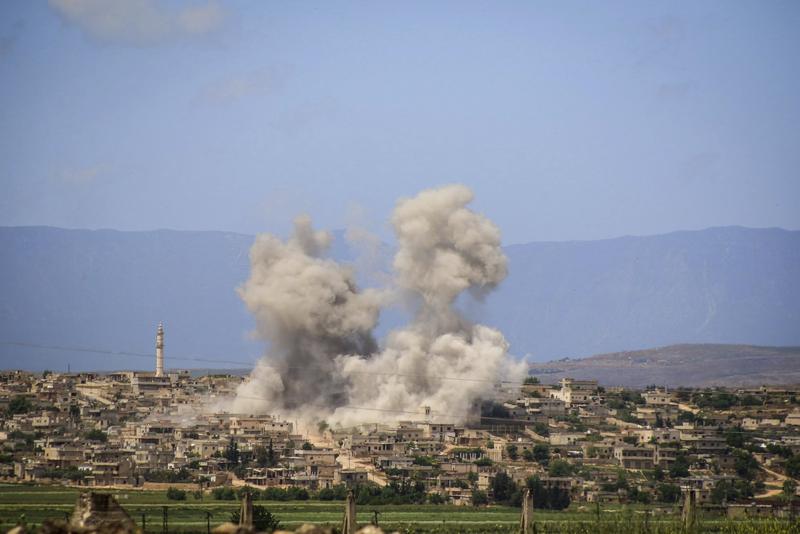 In this May 3, 2019 file photo, which has been authenticated based on its contents and other AP reporting, shows smoke rising after Syrian government and Russian airstrikes that hit the town of al-Habeet, southern Idlib, Syria. (SYRIAN CIVIL DEFENSE WHITE HELMETS / AP)

UNITED NATIONS — Russia blocked the UN Security Council on Monday from issuing a statement sounding alarm about the increasing fighting in and around Syria's Idlib province and the possibility of a humanitarian disaster, a council diplomat said.

The thwarted statement marked the latest in a series of logjams over Syria in the UN's most influential body.

Fighting has raged in Idlib and nearby areas in northwest Syria since government troops started pushing into the enclave on April 30, trying to retake the country's last rebel-held redoubt after eight years of civil war. The UN says an estimated 3 million people are caught in the crossfire.

After multiple briefings last week on Idlib, Belgium, Kuwait and Germany proposed that the council express concern about attacks on civilians and assaults by extremist groups as well as a the potential for humanitarian catastrophe if a full-scale military operation unfolds, according to a draft seen by The Associated Press. It called for humanitarian access, safe return for refugees and for following international humanitarian law on protecting civilians.

"It was really simple," Kuwaiti Ambassador Mansour Al-Otaibi said when asked about the proposal at an unrelated news conference.

But key Syrian ally Russia objected Monday to the proposed statement, said a diplomat, who agreed to tell about the private discussions only if not quoted by name. 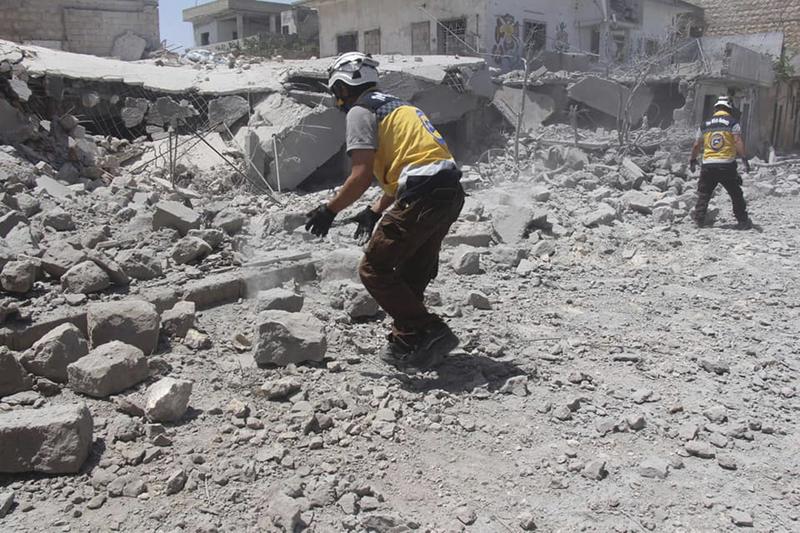 This June 3, 2019 photo shows Civil Defense workers searching for victims under the rubble after an airstrike by Syrian government forces hit the village of Ehsim, in Jabal al-Zawiya, some 10 kilometers north of the town of Maarat al-Numan in Idlib, Syria, June 3, 2019. (SYRIAN CIVIL DEFENSE WHITE HELMETS / AP)

Russia's UN mission didn't immediately respond to an inquiry about the proposed statement.

The Security Council has struggled to speak with one voice on Syria in recent years. In one notable example, a 2017 Russian veto put an end to an initiative that determined accountability for chemical attacks in Syria. That effort was run jointly by the UN and the Organization for the Prohibition of Chemical Weapons.

At points, the US has accused Russia, a close Syrian ally, of using its veto-wielding seat to stop the council from taking important steps to stanch the violence and suffering in Syria.

Russia, in turn, has said its critics are trying to score rhetorical points while it has made concrete efforts, such as joining with Turkey to broker an Idlib cease-fire in September.

Russia and Syria, which is not a council member, say Damascus is doing what is needed to fight terrorists.

In a recent sign of the council's divide on the issue, 11 council members, including Germany, Kuwait, Belgium and the US, issued a statement last month that also expressed concern about the intensifying hostilities around Idlib and the potential for humanitarian catastrophe. Four council members — Russia, China, South Africa and Indonesia — didn't join in supporting that statement.