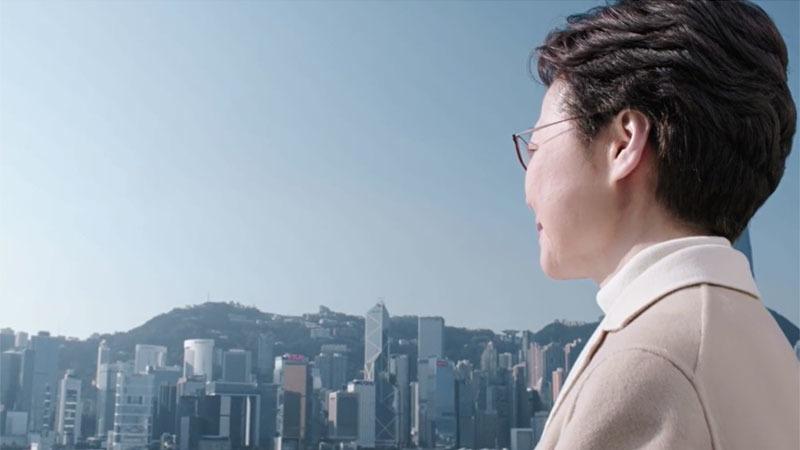 HONG KONG — Hong Kong Chief Executive Carrie Lam Cheng Yuet-ngor voiced her hope on Tuesday for a new start for the city in 2020 and an end to its prolonged social unrest.

In an online video published on the last day of 2019, Lam said the social unrest triggered by the introduction of the extradition bill has gripped Hong Kong for more than six months, and that has generated sadness, anxiety, disappointment and even rage in the city.

Let’s start 2020 with a new resolution to restore order and harmony in the society.

“We all want to see an end to this deadlock,” Lam said in the video.

Lam pledged that she won’t shy away from her responsibilities as the top official of Hong Kong amid the prolonged mayhem and the city’s unprecedented challenges in the coming year.

Lam vowed to humbly listen to residents’ opinion and suggestions, and find a way out of the city’s morass.

The government will uphold the “one country, two systems” principle and safeguard the rule of law — Hong Kong’s cornerstone, the city’s No 1 official continued.

She also promised that the government will deal with the city’s current predicament and the shortcomings of its current systems, and solve Hong Kong’ deep-rooted problems.

Lam said she is confident that Hong Kong will be able to overcome current difficulties and embrace a new start.

Lam urged all residents to reunite and move on. “Let’s start 2020 with a new resolution to restore order and harmony in the society,” she said.

ALSO READ: End to violence only remedy for HK's ills

According to the Census and Statistics Department, Hong Kong’s GDP fell by 2.9 percent in the third quarter from a year earlier. This marks the first year-to-year decline since the global financial tsunami of 2009.

The Hong Kong government has launched four rounds of relief measures totaling over HK$25 billion (US$3.21 billion) since August to ease the pressure on small and midsize enterprises and the people of Hong Kong in the second half of 2019.

In the same video, Financial Secretary Paul Chan Mo-po said Hong Kong has encountered both internal and external challenges, with the economy suffering from a heavy blow, businesses facing difficulties, and the unemployment rate rising.

Chan said the government has launched several rounds of relief measures and fortunately the financial markets have been functioning orderly.

"As long as we can restore social order and with our collective hard work, we will overcome current hardships and scale new heights," Chan said.

Secretary for Labour and Welfare Law Chi-kwong noted in the video Hong Kong's unemployment has been edging up due to both internal and external factors and the government has provided skills upgrading courses and training allowance to ease the situation.

In the video, Secretary for Transport and Housing Frank Chan Fan said the government will continue to look for more land for housing development to increase housing supply.

"We will also take forward transitional housing projects with best endeavour to ease the hardship of families awaiting public rental housing and those living in poor conditions to provide them with decent transitional accommodation," Chan said.