A life in the public eye

Unlike his peers, Yuan Yunfu (1933-2017) is not a household name in China. However, his artist friends Wu Guanzhong and Huang Yongyu, whose paintings have been exhibited widely both at home and abroad, have achieved commercial success.

The original piece of A Thousand Li View of the Yangtze River, completed in 1973, was added to the Palace Museum's collection when he held a solo show there in 2012

The late art professor at Tsinghua University has long been recognized as a prominent figure in China's decorative arts scene and is one of the founding fathers of Chinese contemporary public art. Many of his paintings adorn the interiors of landmark venues in Beijing, where visitors walk past, or stop to take a snap, without knowing anything about the man behind these artworks.

Yuan's works were among the first wall paintings installed in Beijing's subway stations in the early 1980s. He created a painting to adorn the platform of Jianguomen station, one of the most bustling interchanges of the subway network. The colorful artwork, composed of 3,000 ceramic tiles, traces the history of astronomy in China; the motif echoes the Beijing Ancient Observatory－built in the mid-15th century－that still stands outside the station. 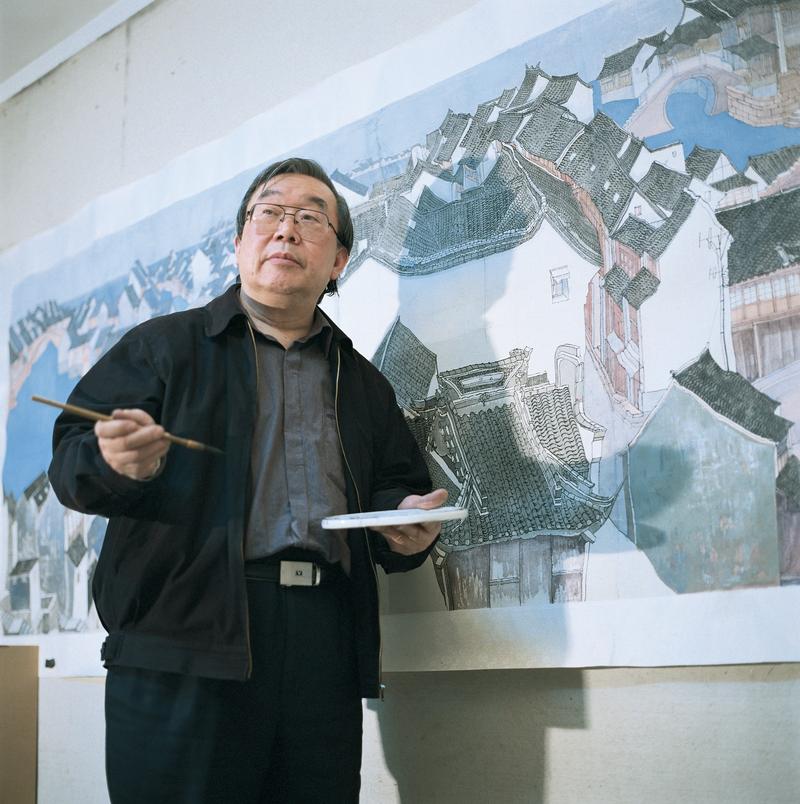 Yet, the most notable public artworks in Yuan's oeuvre are arguably Mountains and Waters of Sichuan, one of the seven wall paintings that were unveiled at terminal one of Beijing Capital International Airport in 1979, and A Thousand Li of the Yangtze River, a lengthy landscape that hangs inside the "Golden Hall" on the third floor of the Great Hall of the People.

These two works were actually developed from different sections of one original painting, which Yuan created more than 40 years ago to depict a panoramic view of the Yangtze.

In 2011, Yuan, with the assistance of his artist son Yuan Jia, recreated the painting, titled A Thousand Li View of the Yangtze River. The 10-meter-long ink scroll is the heart of Bright Glory: The Aesthetics of Yuan Yunfu, an exhibition that runs through Oct 7 at the Tsinghua University Art Museum, which reviews a career as both an artist and an educator which spanned more than six decades.

Yuan Yunfu once said: "I need to summon all my courage to do an exhibition. It is like I'm making a whip, and handing it to the people who come to see my work so that they could 'spur' me on."

Yuan Jia the son says: "My father didn't want lavish compliments from people. He hoped to hear criticism. He'd love to know what else he could do to progress and improve."

The dozens of paintings on display shine a particular light on Yuan's talent for matching colors. 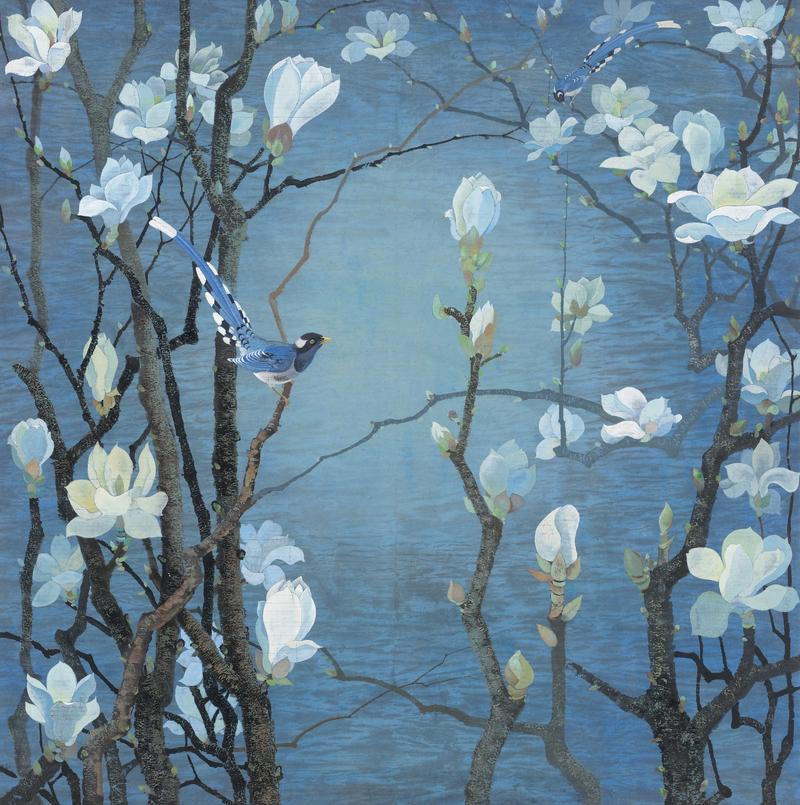 A Thousand Li View of the Yangtze River exemplifies Yuan's smart combination of the cold and warm tones of blue, green and gray, the three dominant colors that make up the painting. It accentuates the splendor of the natural scenery along the Yangtze, in which mountain ranges are engulfed by ascending mist as the sun rises. It also depicts major urban conurbations and man-made structures along the river, beginning with a metropolitan view of Shanghai, continuing past the Nanjing Yangtze River Bridge and the Three Gorges before ending in the city of Chongqing.

Yuan produced the landscape in 1972 following a commission for a wall painting to decorate the Beijing Hotel which was then under construction. A native of Nantong, a tranquil town along the Yangtze in Jiangsu province, Yuan had been familiar with the river and its environs since childhood. He wanted to provide a bigger picture of the river and embarked upon a three-month-long journey with three fellow artists, Zhu Danian, Wu Guanzhong and Huang Yongyu.Yuan made dozens of sketches along the way, which formed the basis for the completed A Thousand Li View of the Yangtze River a year later. Then came the shocking news that the painting had failed the final assessment amid the chaos of the "cultural revolution" (1966-76). The landscape was severely criticized for "not meeting the standard of hailing workers, farmers and soldiers".

It was not until years later when Yuan was involved in the Beijing Capital International Airport's interior decoration project that he had the opportunity to revive A Thousand Li View of the Yangtze River, recreating the painting's Chongqing section. 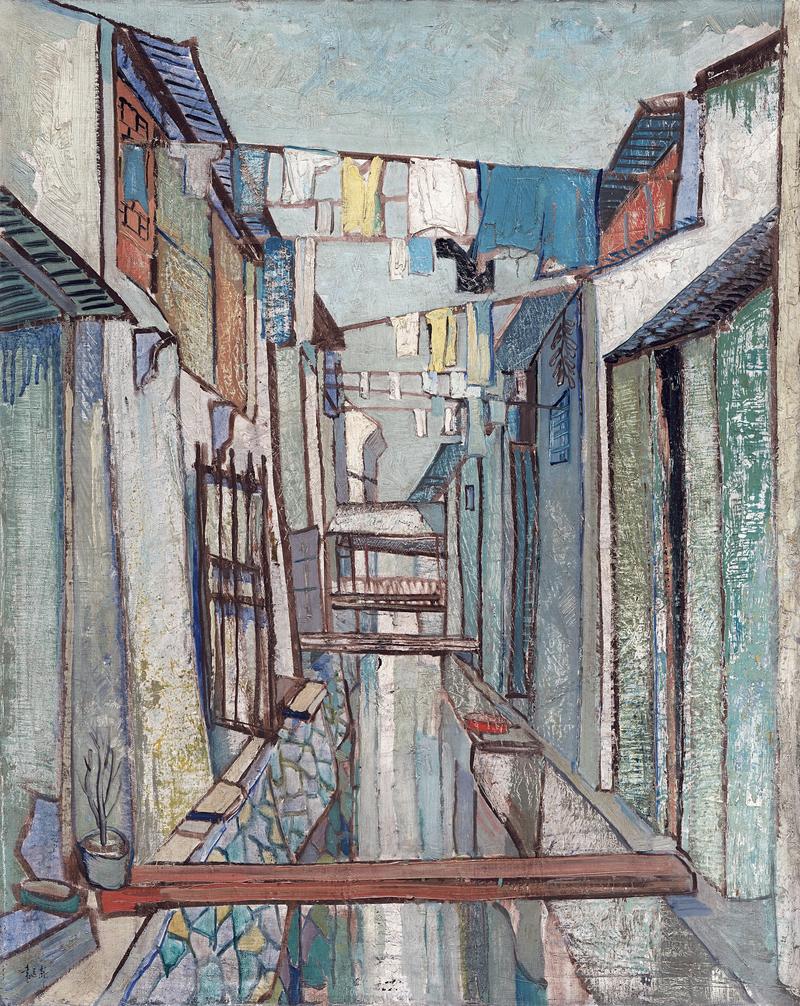 As well as those of Yuan's paintings that became public artworks, the exhibition at the Tsinghua University Art Museum also shows a group of gouache landscapes, created during the 1960s and '70s, in which Yuan focuses on the peaceful pace of cities, towns and the countryside, presenting the unnoticed beauty of ordinary places, such as a pig market, a sand plant and a fishing village.

Liu Jude, a close friend and colleague of Yuan Yunfu at Tsinghua, says the gouache paintings show how he mastered the medium, as well as showcasing his great sense of color.

"They were produced at a time when he had very few chances to exhibit his work, let alone to sell it," Liu says. "He painted not for fame or money, but simply for pleasure.

"Compared to Yuan's major works that are much larger, these gouaches equally demonstrate the scope and intensity of his understanding of art." 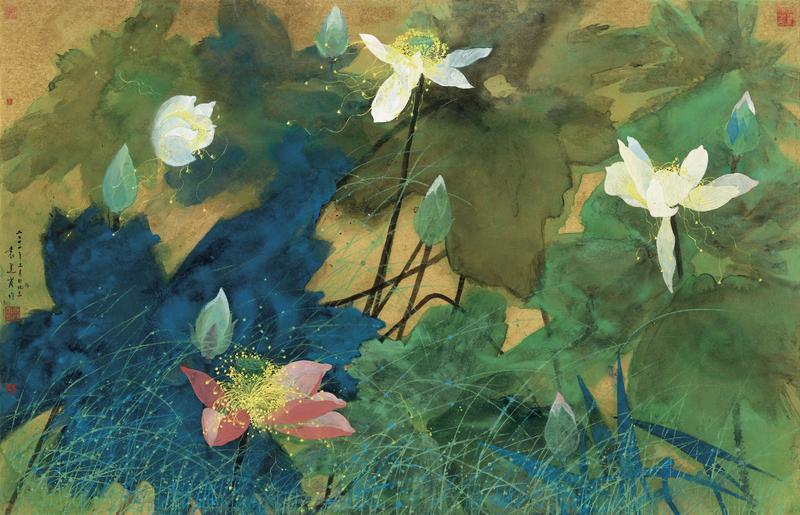 The original piece of A Thousand Li View of the Yangtze River, completed in 1973, was added to the Palace Museum's collection when he held a solo show there in 2012. The painting was featured on a set of nine stamps issued by China Post in 2014.

At the opening of his one-man exhibition held at the National Museum of China, in 2015, Yuan Yunfu said: "An artist must tell the truth. He makes a lifelong attempt to get closer to beauty, and to discover an inherent kindness in the soul of humankind."