The government is tackling illegal disposal of lead-acid fuel cells, which has resulted in pollution and higher health risks. Hou Liqiang reports from Pizhou, Jiangsu. 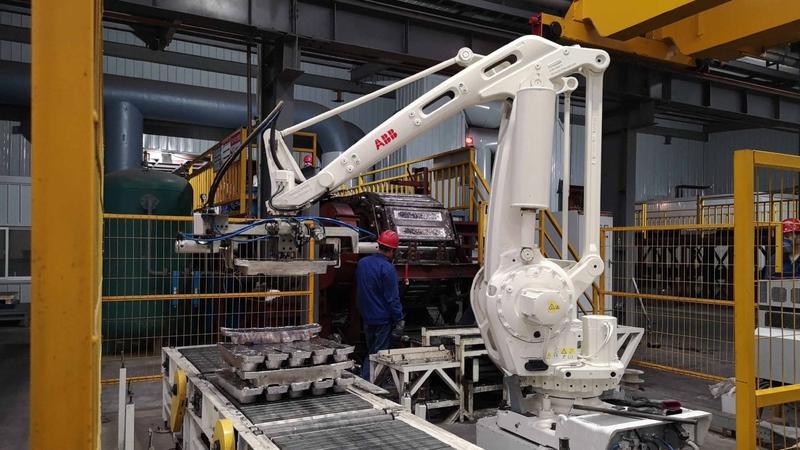 China is the world's largest manufacturer of lead-acid batteries, which are widely used to power electric bikes and supply the ignition spark for conventional automobiles.

However, spent batteries, which are officially designated as hazardous waste, are often disposed of illegally, squandering large amounts of valuable lead and causing pollution that is costly to remedy.

The problem has attracted the attention of the central government, which responded earlier this year by publishing new guidelines and launching a pilot program designed to strengthen governance of battery disposal.

Industry insiders and experts believe the initiative will help to overcome many of the obstacles hampering the development of the battery disposal sector, because it will not only address the environmental damage caused by illicit processing but also reduce China's reliance on lead imports.

However, they called for the government to increase financial support provided to legitimate disposal companies, arguing that failure to do so will give illegal processers an edge.

In 2017, China produced about 3.8 million metric tons of lead-acid batteries, more than 40 percent of the global total, according to the Ministry of Ecology and Environment.

Most spent batteries are not disposed of properly, though. In a suggestion he made to the National People's Congress, China's top legislative body, in March, deputy Zhang Tianren said about 70 percent of the 198 million spent batteries per year－about 5 million tons－are disposed of illegally, which pollutes air, soil and water, and also poses health risks.

Though the amount of acid differs among various batteries, the chemical often accounts for about 20 percent of the cell's weight, while the rest is lead and plastic.

Both acid and lead are highly polluting if disposed of improperly－for example, lead is a toxin that can cause severe health problems and even death at high levels of exposure.

Yang Chunming, chairman of Jiangsu New Chunxing Resource Recycling Group, the country's largest extractor of secondary lead－that is, lead obtained from spent appliances and other sources－said about 65 kilograms of sulfur dioxide, a major contributor to industrial smog, are generated for every ton of lead extracted from spent lead-acid batteries.

While large, licensed disposal plants use technology to contain the gas, smaller companies and illegal processors discharge it directly into the atmosphere.

Yang added that many smaller plants simply bury the "tailings", or waste materials, which can potentially pollute soil and underground water sources.

"Illegal disposal not only contributes to smog, but can also result in lead poisoning. No matter where it occurs, the effect can be wide-ranging and long lasting," he said.

According to China Judgments Online, a website operated by the Supreme People's Court, the nation's top legal chamber, about 140 cases related to illegal battery processing have been heard across China since 2014. Since Jan 1 of that year, courts nationwide have been obliged to publish their judgments online within seven days of them being made.

In one of the cases, a criminal group in Huaian, Jiangsu province, made more than 10 million yuan by illegally processing 15,000 tons of spent lead-acid batteries from March 2013 to September 2017.

According to a report by Xinhua News Agency, the pungent smell of the acid randomly dumped at the illegal factory lingered for a year after the facility was closed, and plants on the site were found withered or dead. An environmental research institute affiliated to Nanjing University in Jiangsu's capital estimated that it would cost at least 20 million yuan (US$2.9 million) to clean the polluted area.

"The huge profit margin is the main reason for the illegal collection and dismantling of lead-acid batteries and the smelting of the lead they contain," said Ma Yonggang, deputy head of the lead and zinc branch of the China Nonferrous Metals Industry Association.

This illegal processing is so lucrative that one suspect in the Huaian case made 160,000 yuan in just four months by selling the plastic shells of spent batteries.

They also pay a levy of 2,000 yuan for each ton of secondary lead they extract, while environmental protection measures cost them about 1,000 yuan per ton.

Ma said illegal processors usually pay a higher price when they collect spent batteries, but their lower operating costs allow them to sell the extracted lead at a lower price, which puts legitimate companies at a disadvantage.

Zhang, Tianneng's chairman, said legitimate recycling companies also lose money because they often have to buy spent batteries from companies that are unable to provide invoices, which means they cannot take advantage of the laws related to value added tax.

Moreover, legitimate recycling companies used to be eligible for a 50 percent rebate on the VAT they paid, but in 2012, the amount was reduced to 30 percent, further raising costs. 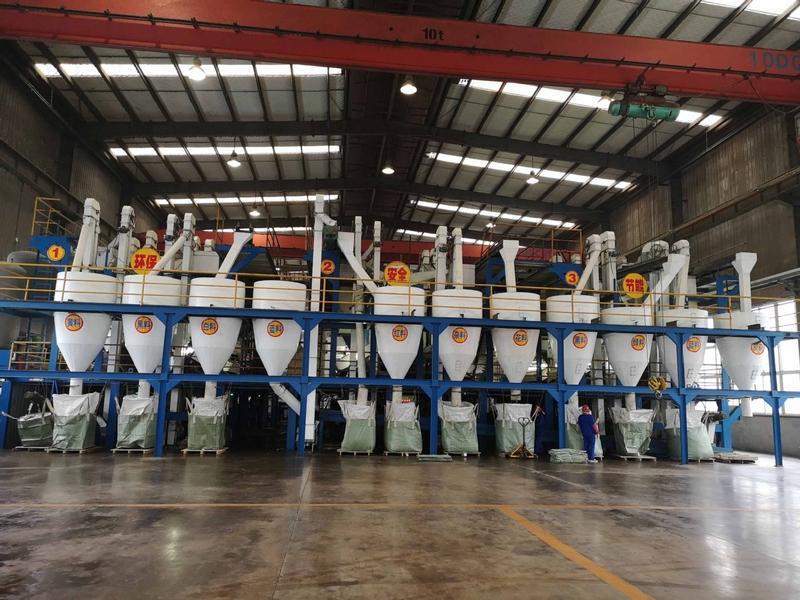 The plastic shells of lead-acid batteries are broken up and divided into different storage bags according to their color at a plant owned by the group. (HOU LIQIANG / CHINA DAILY)

Illegal processing also results in a huge waste of resources. Although China produced 4.72 million tons of lead, or 44 percent of the global total, in 2017, the country still had to import large amounts of the metal to meet demand. While larger legitimate companies can extract more than 90 percent of the lead in spent batteries, illegal processors cannot obtain more than 70 percent, resulting in a large amount of waste, Zhang said.

Now, things are changing. In January, nine central government bodies, including the Ministry of Ecology and Environment and the National Development and Reform Commission, published new guidelines to strengthen the management of lead-acid battery disposal, and pledged to regulate the processing of 40 percent of spent batteries by 2020, rising to 70 percent by 2025.

Under the current laws, lead-acid batteries have to be transported in accordance with the requirements for hazardous waste, even though they are not damaged and will not leak. As a result, it can take as long as three months to complete the government procedures that allow batteries to be transported between provinces or regions. Moreover, the batteries must be carried in special vehicles designed for the transportation of hazardous waste, which cost twice as much as regular vehicles, Zhang said.

The new guidelines propose revisions to laws and regulations, including the Law on the Prevention and Control of Environmental Pollution by Solid Waste, to make lead-acid battery transportation more efficient and cheaper.

On Jan 24, the ministries of Transport and Ecology and Environment published a pilot program for 20 provincial regions, including Beijing and Tianjin, that will see lead-acid batteries transported as regular cargo, though their passage will be strictly monitored.

The guidelines also plan to introduce an "extended producer responsibility" system for the industry, whereby manufacturers will have to contribute to a fund to subsidize the recycling of spent cells. They also encourage the establishment of a collection system based on manufacturers' sales networks.

"The illegal collection and dismantling of lead-acid batteries and the illegal smelting of the lead they contain will be the subjects of crackdowns," the guidelines said, adding that environmental watchdogs and public security bureaus will target recyclers who buy spent batteries whose acid has been dumped.

Yang, of New Chunxing, welcomed the measures: "They will promote the phasing out of polluting processing companies and help the development of those with good environmental protection records."

Speaking last month, Qiu Qiwen, head of the Ministry of Ecology and Environment's solid waste and chemicals management department, said that last year the ministry carried out a campaign against illegal processing, which is also a key target of environmental inspections headed by ministerial-level officials.

"It's not technologically demanding to process spent lead-acid batteries, and illegal plants also change their locations frequently, so their illegal activities could easily restart after a crackdown," he said.

Because it is difficult and costly to dispose of batteries that contain acid, some processing companies pay a higher price for cells whose chemicals have been removed. The higher profit margin prompts many collectors to dump the acid illegally, resulting in serious pollution, he added.

Qiu said the ministry will "make a concerted effort with other government bodies to strengthen cooperation and promote the establishment of a regulated, orderly collection and processing system".