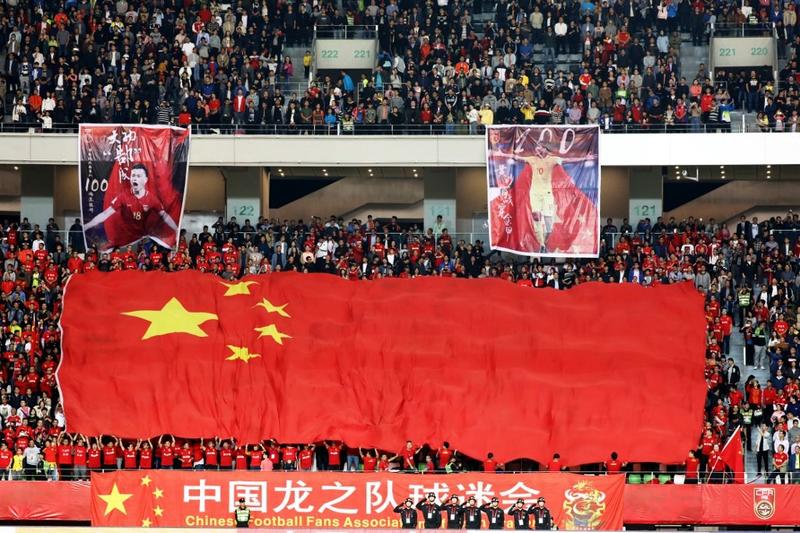 Chinese fans hold a national flag as they cheer for the Chinese national team during an international friendly football match between China and India in Suzhou in China's eastern Jiangsu province on Oct 13, 2018. (PHOTO / AFP)

Wu Lei, who plays for Spanish La Liga club Espanyol, and other 11 players from the Chinese Super League's Guangzhou Evergrande and Shanghai SIPG will join the national team and coach Marcello Lippi as they take on Maldives.

Guangzhou Evergrande striker Elkeson, who became the first player without Chinese heritage to be called up for international duty, is on the team list for China's visiting against Maldives next Tuesday.

Following is the squad: