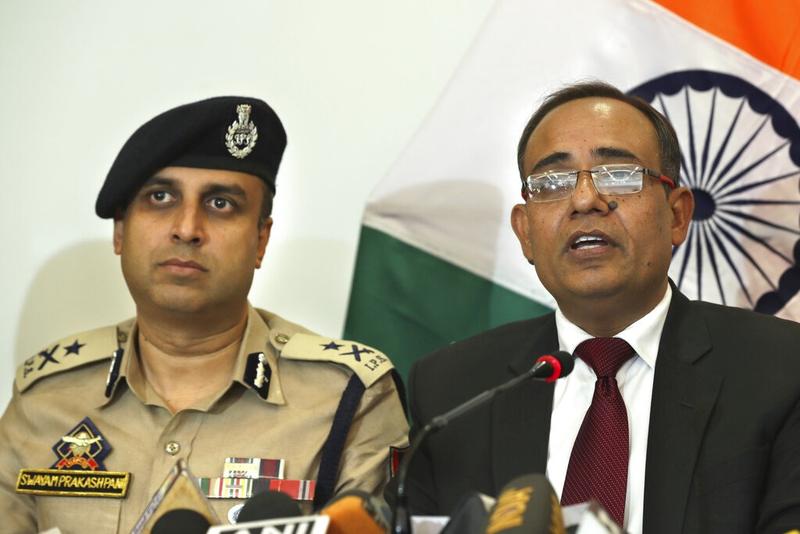 SRINAGAR, India — Postpaid cellphone services were restored in India-administered Kashmir on Monday, more than two months after India's government downgraded the region's semi-autonomy and imposed a security and communications lockdown.

Landline phones were restored in the region last month, but the ban on more than 2 million prepaid mobile connections and internet services will continue.

Authorities fear that insurgents and separatists demanding independence from Indian rule will use the internet to provoke protests in the region that have the potential to morph into large-scale street demonstrations.

When will you (India) restore our political rights?

Tensions in Kashmir, which is divided between Pakistan and India but claimed by both in its entirety, have escalated since New Delhi's surprise decision in early August to downgrade the region's semi-autonomy. India followed the move by sending in tens of thousands of extra troops, detaining thousands of people and blocking cellphone and internet services.

Residents appeared relieved Monday after facing difficulties during the long communications embargo. But the region continues to simmer with anger.

"It is a relief," said Mohammad Akram, a trader. He was, however, quick to add how Kashmiris are expected "to thank the government for giving them basic amenities."

READ MORE: No phone calls, no groceries: Kashmir on edge under lockdown

Many also expressed their angst at the situation, with some saying that the past two months were akin to living in the Stone Age without lines of communication.

"Thank you, India. You have finally decided to partially restore our digital rights," said Sameer Ahmad, a college student. "When will you restore our political rights?"

ALSO READ: Landline phones back in Kashmir, but calls don't go through

Facing international pressure to ease people's suffering and restore normal life, Indian authorities announced last week that they would allow tourists back into the region after ordering them to leave in August because of security concerns. 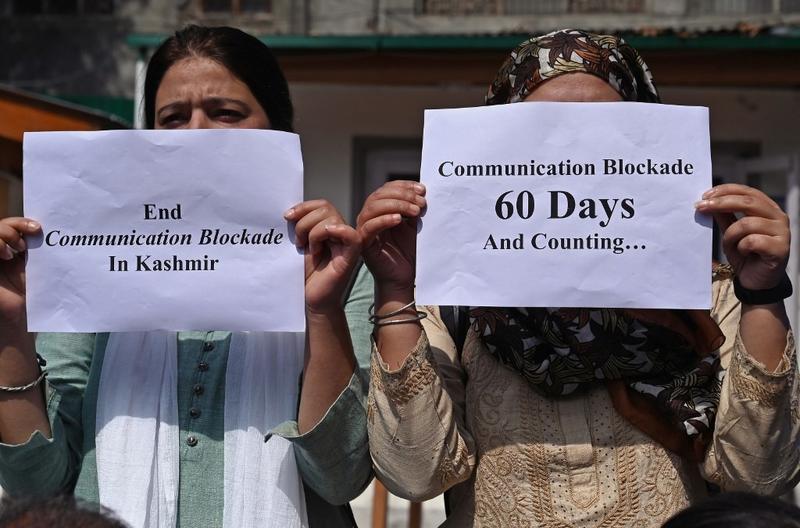 In this Oct 3, 2019 file photo, journalists hold signs during a protest against the ongoing restrictions of the internet and mobile phone networks at the Kashmir Press Club during a lockdown in Srinagar. (TAUSEEF MUSTAFA / AFP)

The government has said that internet facilities are being opened at tourist spots in the region.

"Whatever India does in Kashmir, it is driven to consolidate its position," said Ali Mohammad, a schoolteacher. "They stopped phones and internet services to stop us from registering protests. Now they are restoring these services to cater to tourists and declare normalcy in Kashmir."

Authorities also released three low-ranking politicians in the region last week. However, prominent Kashmiri politicians, including some who have historically accepted India's sovereignty over the disputed Muslim-majority region, remain detained in their homes or in jails.