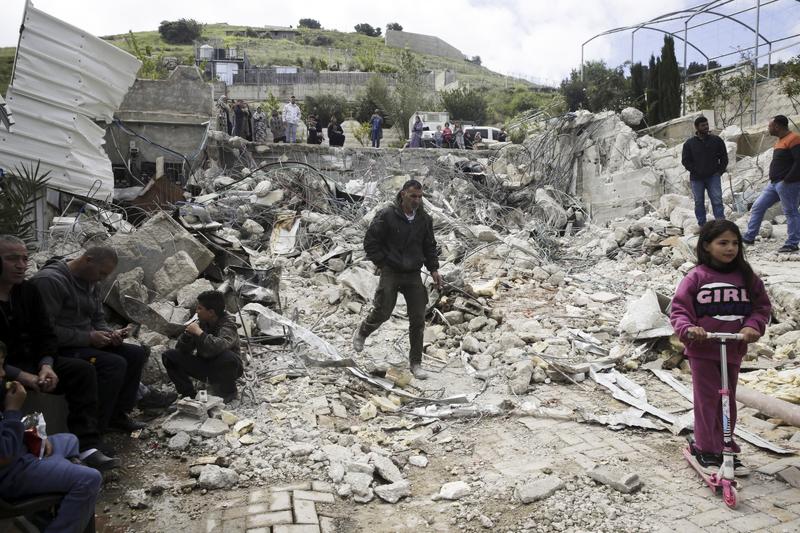 JERUSALEM — For 20 years, Hala Kashour has lived with her husband in what she called "paradise," a bucolic meadow that rolls through a Palestinian neighborhood of east Jerusalem.

Israel captured east Jerusalem from Jordan in the 1967 Mideast War and annexed it, a move not internationally recognized

The coveted pasture, which Israel calls the "Peace Forest," lies in the crosshairs of a long-simmering conflict between the city government and its Palestinian residents that flared up on a recent spring morning as Kashour, 47, was jolted awake by the sound of bulldozers crushing her neighbor's house.

Some 60 houses in the grassy quarter, known to its 500 residents as Wad Yasul, are facing demolition by Israeli authorities. Earlier this month, the Supreme Court declined to hear the residents' appeal against demolition orders, saying the structures were built without required permits in a municipally designated green space.

"God willing, we won't be next," said Kashour, who claims she built the neighborhood's first house, a stone cottage ringed with rose bushes, on land her family has owned for 50 years.

Demolition of unauthorized Palestinian-owned structures in east Jerusalem is not unusual. The municipality contends it cracks down on zoning violations. Palestinians say it is nearly impossible to receive building permits, and that Israel is severely restricting their ability to build on land they claim for the capital of their future state.

But the Peace Forest demolitions have drawn particular attention because of accelerating construction by a nationalist Jewish organization in the same park.

With the support of Israel's Tourism Ministry, the City of David Foundation has set up lodging structures, operates a Segway tour through the woodland and is advancing plans for several tourist attractions, including a visitor center and what it bills as the country's largest zip line. The foundation said it has leased 4% of the park's total area from the government.

Although city regulations forbid construction of any kind in designated parks, the municipality confirmed it was working to alter zoning restrictions and retroactively authorize City of David's construction and facilitate its expansion.

"The City of David hasn't yet received final approval for everything, but its efforts to build up public space with sports and tourist facilities are being considered positively," said an official in the Jerusalem mayor's office, who spoke on condition of anonymity because he was not authorized to talk to the media. "We are not eager to evict Palestinian residents in a brutal way, but we have a green light from the highest court."

Activists and Palestinian residents say the case of the Peace Forest Highlights discriminatory Israeli policies that have propelled a housing crisis in overcrowded east Jerusalem. 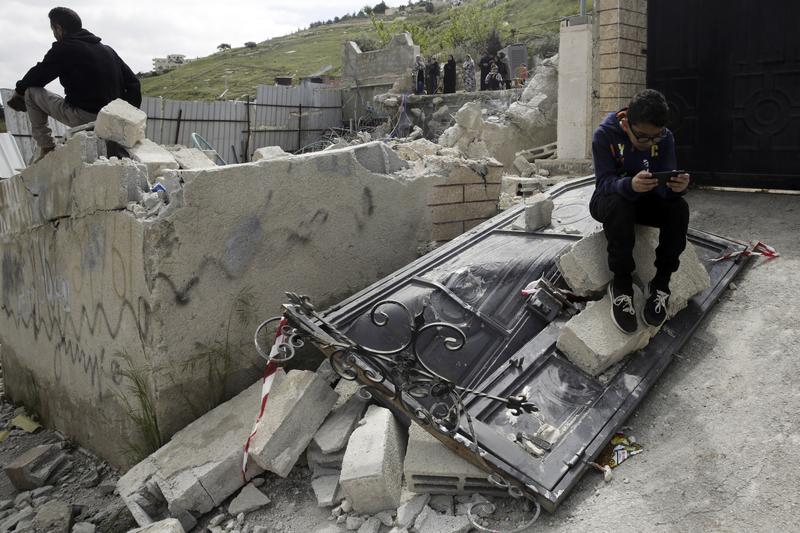 In this April 17, 2019 photo, Palestinians sit by a family house destroyed by Israeli authorities in east Jerusalem's neighborhood of Silwan. (MAHMOUD ILLEAN / AP)

"The government zoned this area in an intractable way to prevent Palestinian construction, and now we can see the designation being altered to serve Jewish settlement," said Aviv Tatarsky from Ir Amim, an Israeli group that advocates equality in Jerusalem.

The Supreme Court's dismissal of the case brought an end to the residents' costly decade-long legal battle to get their houses, in many cases built decades ago on inherited family land, authorized by Israel.

Structures belonging to two families were destroyed immediately following the decision, and two more homes were demolished on Tuesday. Pending demolition orders for the rest of the area can go into effect at any time, said Zyad Kawar, lawyer for the Palestinian residents.

Many residents view the park zoning as a government ploy to force Palestinians out of east Jerusalem, which Israel considers an indivisible part of its capital.

"They don't want to give us permits, that's the bottom line," said Nasser Burqan, 42, whose cousin owned a house demolished this month. "It's displacement."

Israel captured east Jerusalem from Jordan in the 1967 Mideast War and annexed it, a move not internationally recognized. Since then, Israel has boosted the Jewish presence there, building neighborhoods where over 200,000 Jews now live.

The Peace Forest sits in the larger Palestinian neighborhood of Silwan, long a focal point of Jewish settlement for its proximity to some of the world's most sensitive religious sites in the walled Old City.

The City of David Foundation runs popular archaeological and touristic sites in and around Silwan — spots that archaeologists describe as centerpieces of ancient Jewish civilization. The foundation's sites are situated on what many believe to be the ruins of the biblical King David's ancient capital from thousands of years ago.

In the Peace Forest, "the City of David has transformed what was once a derelict crime-ridden site" into a space used freely by the public, said the foundation's vice president, Doron Spielman. "We are confident that it too will become a major tourist attraction."

The City of David projects are not planned on the ruins of the demolished homes, and the foundation says the city's demolition plans go back long before it began work in the area. It calls complaints about its activities in the Peace Forest "purely politically motivated."

But critics say the demolitions on one hand, and the green light to City of David on the other, illustrate two sets of standards for Jews and Palestinians in the city. The organization has also drawn sharp criticism for helping to settle Jewish families in Arab neighborhoods, fueling suspicions that its tourism projects mask efforts to erase the line between east and west Jerusalem, and with it, hope for an independent Palestinian state. 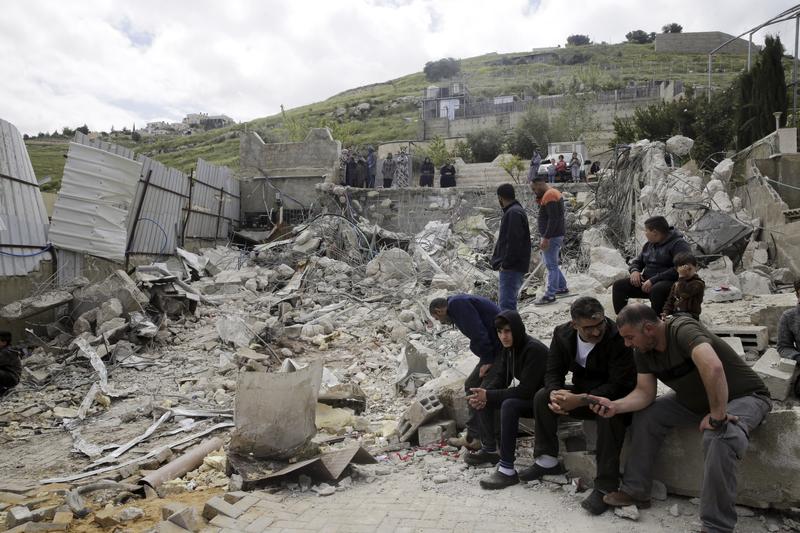 In this April 17, 2019 photo, Palestinians sit by a family house destroyed by Israeli authorities in east Jerusalem's neighborhood of Silwan. (MAHMOUD ILLEAN / AP)

The two-state dream seems more distant than ever after newly re-elected Prime Minister Benjamin Netanyahu promised on the campaign trail to annex West Bank settlements. He is poised to form a governing coalition with right-wing parties that reject Palestinian sovereignty.

His re-election comes a year after the Trump administration recognized Jerusalem as Israel's capital and moved the U.S. Embassy to the city. Though Trump says his move does not determine the city's final status, it was seen by the Palestinians and others as recognizing Israel's claim to the city, including its eastern sector.

With the Trump administration providing unprecedented support for Israel, there are fears in Jerusalem that the government could step up its pressure on Palestinian residents.

"What's next? What will we do?" said Kashour, standing in her rose garden among some of the recently evicted children from the neighboring Burqan family. "I don't have anywhere else."