Trump to double tariffs on steel, aluminum from Turkey 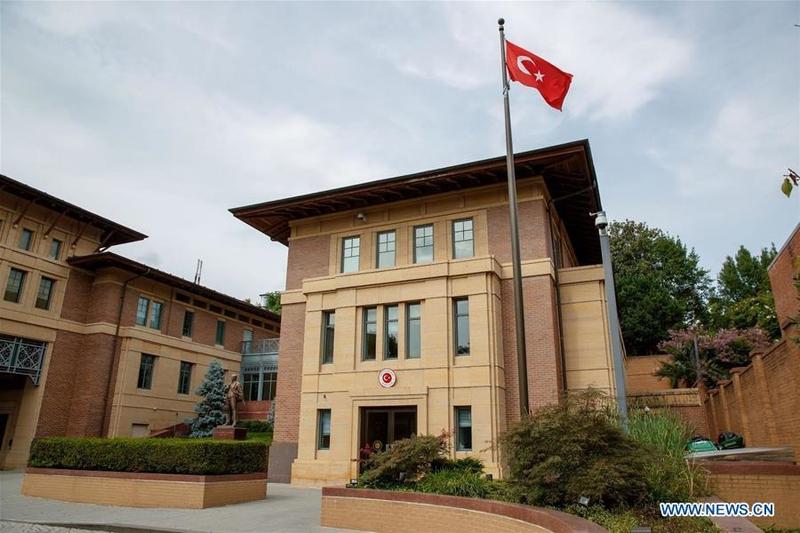 WASHINGTON - US President Donald Trump has authorized the preparation of documents to double tariffs on steel and aluminum imports from Turkey, a White House spokesperson said Friday.

"Section 232 tariffs are imposed on imports from particular countries whose exports threaten to impair national security as defined in Section 232, independent of negotiations on trade or any other matter," Lindsay Walters added.

The lira tumbled 17 percent on Friday alone, its biggest single-day drop since 2001, trading at an all-time low of 6.30 against the US dollar

The statement followed Trump's tweet on Friday that he has authorized doubling the tariffs on steel and aluminum products from Turkey to 50 percent and 20 percent respectively.

"I have just authorized a doubling of Tariffs on Steel and Aluminum with respect to Turkey as their currency, the Turkish Lira, slides rapidly against our very strong Dollar!" Trump tweeted. Washington's relations with Ankara "are not good at this time," he added.

In response, Turkish Foreign Ministry spokesperson Hami Aksoy said on Friday that the US sanctions and pressure would only harm bilateral ties, and that Ankara would retaliate.

Turkish President Recep Tayyip Erdogan on the same day urged the public to exchange their gold and dollars for the lira to help fight "a national, domestic battle," while telling them "to have no worries."

The lira tumbled 17 percent on Friday alone, its biggest single-day drop since 2001, trading at an all-time low of 6.30 against the US dollar.

Turkey and the United States have been at odds after Washington imposed sanctions last Wednesday on two Turkish ministers over the continued detention of US pastor Andrew Brunson.

Brunson was first detained in Turkey in 2016 on the charge of involvement in a failed coup attempt against Erdogan's government. He was placed under house arrest due to health concerns last month and faces up to 35 years in prison if found guilty.

The United States has denied Turkey's request for deporting Fethullah Gulen, a US-based Turkish cleric who Ankara says is the main perpetrator of the 2016 coup.

Turkish President Recep Tayyip Erdogan urged the public to exchange their gold and dollars for the lira to help fight "a national, domestic battle," while telling them "to have no worries"

Recent diplomatic engagements -- first between Turkish Foreign Minister Mevlut Cavusoglu and his US counterpart Mike Pompeo in Singapore last Friday, followed by a visit by Turkish Deputy Foreign Minister Sedat Onal and his entourage to Washington on Wednesday -- seemed to have failed to resolve the deadlock.

There are a range of other issues that have sown discord between the two members of the North Atlantic Treaty Organization (NATO), such as the US military presence in Syria, Turkey's purchase of Russian S-400 missile systems, and the US move to reimpose sanctions on Iran, the main supplier of oil and gas to Turkey.

Differences over the Israeli-Palestinian conflict, Erdogan's strongman-style governance, and Ankara's growing intimacy with Moscow have further made the two NATO allies drift apart, according to analysts.

Turkey is the world's eighth largest steel producer and, according to a June report by the US Commerce Department, the seventh largest source of US steel imports.

In retaliation, Turkey imposed additional tariffs worth US$266.5 million on US goods in June.