Red Cross says it's flooded by missing requests for Syrians

Members of a Syrian family evacuated from the town of Dumayr, east of the capital Damascus, carry their belongings as they walk away after disembarking from their bus in the city of Azaz in the northern countryside of Aleppo on April 20, 2018. (SAMEER Al-DOUMY / AFP)

UNITED NATIONS — The International Committee of the Red Cross has been "flooded" with about 13,000 requests in the last six months from Syrians looking for missing family members, its president said Wednesday.

Before then, Peter Maurer told a small group of journalists, the organization had gotten only "requests in the hundreds." In the first three or four years of the conflict, it received between 30 and 50 tracing requests a month, he said.

Maurer said inquiries on the missing have come from all areas of Syria, neighboring countries, Europe, the United States and the rest of the world.

ALSO READ: 7 years of war have taken a high toll on Syria's children

With the conflict now in its eighth year, the Red Cross chief said the surge in requests is probably related to Syrians returning to "precariously stable" places in the country where there is no active combat and worrying about family members. He said the organization has also been "slightly more pro-active" on the issue of missing Syrians.

Maurer said the Red Cross has had very limited success so far in reuniting family members, with numbers "in the tens to fifties rather than in the thousands." 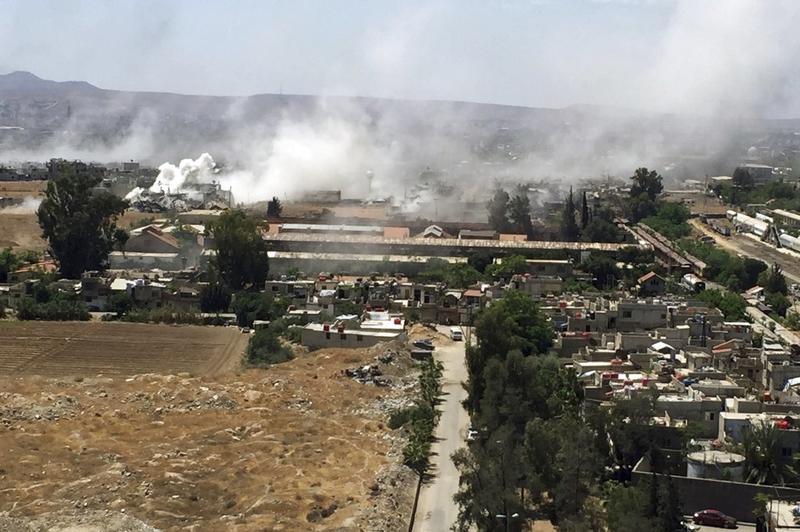 "So we recognize and we want to beef up our capacities to look in much more details to these requests," he said.

Maurer said some of the missing may have died, some may be in prison and some may have fled.

The Red Cross has access to prisons, but in Syria it can only go into official detention facilities — state-run prisons, he said.

He said the matter of missing Syrians also links to the issue of foreigners who went to fight in Syria and Iraq with extremist groups, including the Islamic State and al-Qaida. Maurer said the Red Cross has been able to visit opposition fighters held by Kurdish forces in northern Syria and opposition fighters in Iraq as well as their families who are being held in camps.

The organization also works with governments and non-government groups on ensuring international standards in identifying bodies, he said.

"Today in Yemen and Syria and Iraq, all the authorities, government and non-government, are increasingly exposed to pressures from families to bring back their people, or to know about their respective family members," Maurer said.

The issue of missing Syrians was on the agenda of a meeting of the leaders of Russia, Turkey and Iran in the Russian Black Sea resort of Sochi in November. The three countries have teamed up to promote local cease-fires in Syria and a peace process.

In their joint statement after the summit, Russian President Vladimir Putin, Iranian President Hassan Rouhani and Turkish President Recep Tayyip Erdogan emphasized the need for all parties in the Syrian conflict to release all prisoners and hostages, hand over bodies and search for those missing to help create conditions for a lasting cease-fire and the launch of political talks.