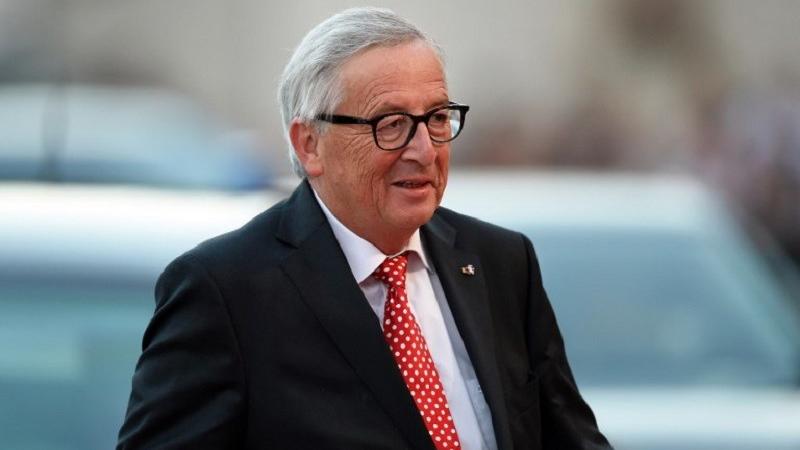 President of the European Commission Jean-Claude Juncker arrives at the Felsenreitschule prior to an informal dinner as part of the EU Informal Summit of Heads of State or Government in Salzburg, Austria on Sept 19, 2018. (CHRISTOF STACHE / AFP)

BRUSSELS - Talks with British Prime Minister Theresa May were constructive and robust, but the European Union (EU) will not reopen negotiations on the Brexit deal, European Commission President Jean-Claude Juncker said Thursday in a joint statement.

According to the statement

Juncker underlined that the Withdrawal Agreement represents a carefully balanced compromise between the EU and Britain, in which both sides have made significant concessions to arrive at a deal, according to the statement read out by European Commission chief spokesperson Margaritis Schinas.

"President Juncker however expressed his openness to add wording to the Political Declaration agreed by the EU27 and the UK in order to be more ambitious in terms of content and speed when it comes to the future relationship between the European Union and the UK," according to the statement.

He also drew attention to the fact that any solution would have to be agreed by the European Parliament and the EU27, said the statement.

For May's part, the prime minister described the context in the British Parliament, and the motivation behind last week's vote in the House of Commons seeking a legally binding change to the terms of the backstop, according to the statement.

"She raised various options for dealing with these concerns in the context of the Withdrawal Agreement in line with her commitments to the Parliament," according to the statement.

Despite the challenges, the two leaders agreed that their teams should hold talks as to whether a way through can be found that would gain the broadest possible support in the British Parliament and respect the guidelines agreed by the European Council. The prime minister and the president will meet again before the end of February to take stock of these discussions, read the statement.

May arrived in Brussels earlier Thursday to meet Juncker, European Council President Donald Tusk and President of the European Parliament Antonio Tajani for further talks on Brexit concessions despite the EU's repeated denial of renegotiation.

May reportedly aimed to formally ask the EU to reopen the Withdrawal Agreement following the passing by the British Parliament last week of the so-called Brady amendment, which calls for "alternative arrangements" to replace the contentious Irish backstop, the prime minister's spokesman said Tuesday in London.

"Following the vote, work has been taking place on all of the options and it is important for that to take place before we go to Brussels," the spokesman said.