Female hoopsters leaving nothing to chance in Tokyo qualification bid 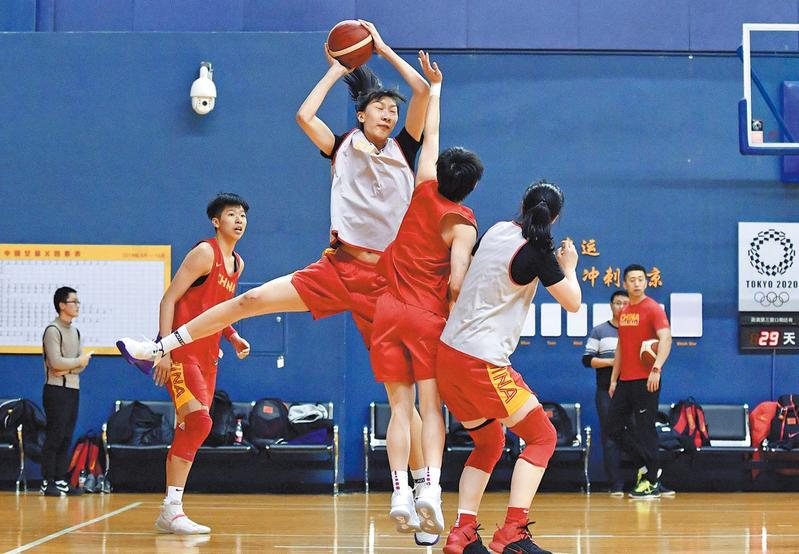 Center Han Xu leaps high to collect a rebound during a practice session at the national team's training base on Wednesday in Beijing. (WEI XIAOHAO / CHINA DAILY)

With their male counterparts almost certainly set to miss out on the 2020 Olympics, China's women's basketball team are determined to avoid another embarrassment for the nation by going all out to seal their spot at the Games.

We definitely have to prepare for the worst-case scenario because the mental game could be tricky under this kind of situation where everybody believes you can progress.

As the country begins to wind down for Spring Festival, the team showed no signs of letting intensity levels slip during a Wednesday training session in preparation for next month's Olympic qualifying tournament.

China will take on Spain, Britain and South Korea during the four-day tournament, which tips off on Feb 6 in Foshan, Guangdong province, with three Olympic tickets up for grabs.

This year's Olympics will features 12 teams, with 10 entries, barring the host and reigning women's World Cup champion the United States, decided by four qualifying events around the world next month.

And after watching China's men lose Asia's only direct Tokyo berth to Iran last year, the women's team is acutely aware of how much is at stake for basketball's profile in the country, where sporting officialdom remains obsessed with Olympic success.

"The pressure is now on our shoulders and we can literally feel the weight of it," team captain Shao Ting said after Wednesday's workout.

"Actually it helps us lock in and stay focused on the mission. By studying our opponents and positioning ourselves we are confident we can make it to Tokyo," said Shao, a prolific forward who played with the Minnesota Lynx in the WNBA regular season just passed.

China's women have qualified for every Summer Olympics since their debut at the 1984 edition in Los Angeles, with the squad widely expected to add Tokyo to the list by finishing in the top three at the four-team qualifying event.

In contrast, the men's squad faces something of a mission impossible after its World Cup flop left it vying with Canada, Greece, the Czech Republic, Turkey and Uruguay in a qualifying group that awards just one spot for Tokyo 2020.

Women's team head coach Xu Limin, however, is cautioning his players against complacency. 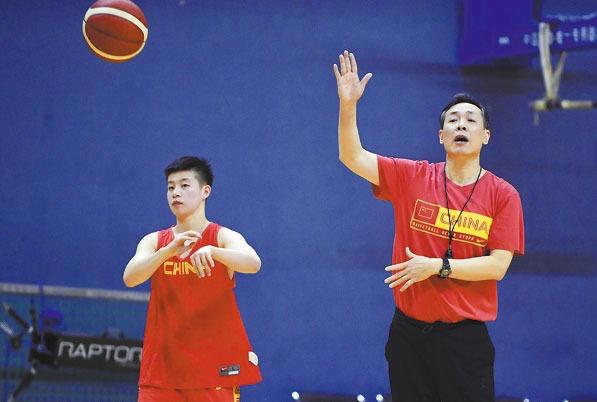 "We definitely have to prepare for the worst-case scenario because the mental game could be tricky under this kind of situation where everybody believes you can progress," said Xu, who was an assistant coach when China's women finished 10th, their worst Olympic showing, at the 2016 Rio Games.

"It's not about having confidence or not, it's about preparing technically and mentally for all three opponents as best we can and producing our best under pressure."

With World Cup bronze winner Spain a big favorite to top the group, China expects to at least beat South Korea and to compete for the runner-up spot against Britain in Foshan.

Spearheaded by prolific scorer Shao, China will lean on young centers Han Xu and Li Yueru in a bid to outplay the smaller but faster South Korean team under the rim as it seeks to avenge a one-point loss at last November's Asia-Oceania pre-qualifying tournament in New Zealand.

The 20-year-old Han, a 6-foot-10 center boasting a silky shooting touch and long defensive range, was selected by the New York Liberty at 14th overall in the 2018 WNBA Draft, while Li, also 20, was picked 35th by the Atlanta Dream but chose to stay in the domestic league.

Han featured in 18 games off the bench with the Liberty during the past WNBA regular season. She averaged three points and 0.8 rebounds in 7.9 minutes of action, showing she still has a long way to go to adjust to the league's pace and intensity.

"I think going through the qualifying process is a great test for our young players with the level of competition and physicality building up to prepare them for the real show at the Olympics," said Xu, who led Beijing to three WCBA titles in a row from 2015-17.