Chinese military to be subject to stricter discipline 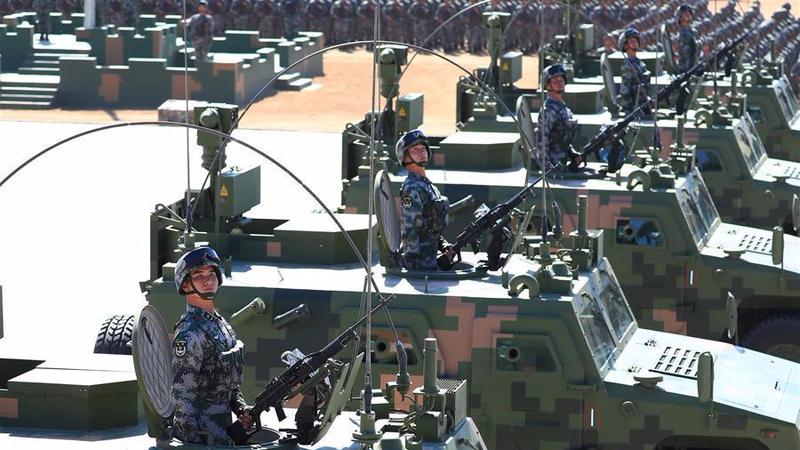 Formation of special operation equipment during a military parade at Zhurihe training base in North China's Inner Mongolia Autonomous Region is seen in this July 30, 2017 photo. (JU ZHENHUA / XINHUA)

BEIJING - The Chinese military will be subject to "stricter" discipline checks as efforts to root out corruption, a senior military official said Wednesday.

Zhang Youxia, vice chairman of the Central Military Commission (CMC), said at a meeting of the CMC's discipline inspection commission that the armed forces under the Communist Party of China (CPC)'s absolute leadership will unwaveringly follow the Party's call to strengthen governance.

Zhang said the military will enhance Party building and keep "fighting tigers and swapping flies" -- a reference to investigating both senior and low-level corrupt officials.

"We should concentrate our resources on cracking big [corruption] cases while building a sound supervision system," Zhang said. "The cases our servicemen complain most about should also be looked into."

"We should always keep a sober mind and be firm as the anti-corruption campaign never ends," he said.

On Jan 9, the authorities said former chief of staff of the CMC Joint Staff Department Fang Fenghui was being investigated for corruption.

Last November, Zhang Yang, former head of the CMC Political Work Department, killed himself at home amid a discipline probe. Investigators found he had seriously violated discipline and law, including offering and taking bribes.