Lippi: I will repay the Chinese fans with a whole new team 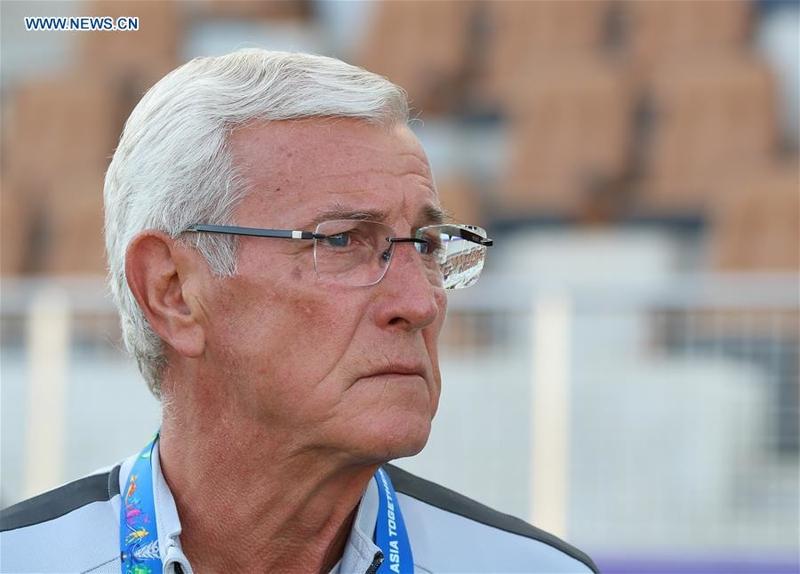 This Jan 7, 2019 file photo shows Marcello Lippi, head coach of China, looks on during the group C match between China and Kyrgyz Republic of the AFC Asian Cup UAE 2019 in Al Ain, the United Arab Emirates (UAE). (CAO CAN / XINHUA)

GUANGZHOU — Marcello Lippi vowed to build a whole new Chinese national team to return the love and respect of the Chinese football fans.

I will spare no effort to repay the Chinese fans who give me love and respect with a whole new Chinese national team.

The Chinese Football Association announced Lippi's return last month, who ended his first two-year charge after China lost the Asian Cup quarterfinals to Iran. The 71-year-old had not much time to lose with qualification for 2022 World Cup begins in September.

The Italian will kick off his second stint with two friendly matches against the Philippines and Tajikistan.

"The main purpose for the training and matches is to make preparation of building a new team, with new tactics," Lippi said.

"I believe young players will benefit from the matches because experience is important for them," he added.

Lippi called up London-born former England youth player Nico Yennaris to his squad. Known as "Li Ke" by Chinese fans, Yennaris is the first naturalized footballer to be selected for the Chinese national team. The Italian refused to give further information whether he will call up more naturalized players.

"Yennaris certainly can help the team a lot. You asked whether there will be more? I think it is better for you to ask the Chinese Football Association," Lippi said.