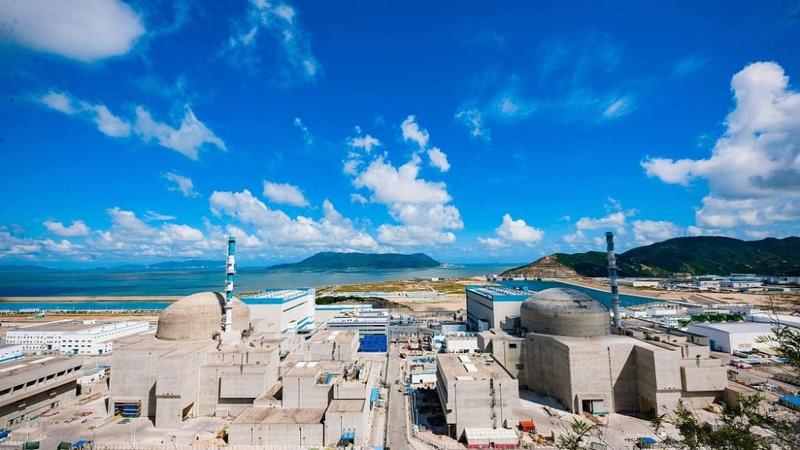 In this undated photo, it shows a bird's-eye view of the nuclear power plant in Taishan, Guangdong province. (PHOTO / VCG)

SHENZHEN — A third-generation nuclear power unit of a China-France joint venture in south China's Guangdong Province has completed all the testing operations and is ready for commercial use, according to a statement from China Guangdong Nuclear Power Company (CGNPC) late Thursday.

The largest Sino-French project in the energy field, the Taishan nuclear power plant uses the European Pressurized Reactor (EPR) for its No.1 and No. 2 power units.

As the world's first third-generation EPR nuclear power unit, the No. 1 unit can be put into commercial operation after the plant gets the necessary electric power business licenses.   The power plant is run by a joint venture set up by CGNPC, French energy supplier Electricite de France (EDF), and Guangdong Yudean Group.    The power plant began construction of the reactor for the No.1 power unit in 2009 and another reactor for the No.2 power unit in 2010.

The No. 1 power unit was linked to the grid on June 29.   The EPR technology used in the Taishan reactors is third-generation nuclear power technology jointly developed by EDF and Framatome.