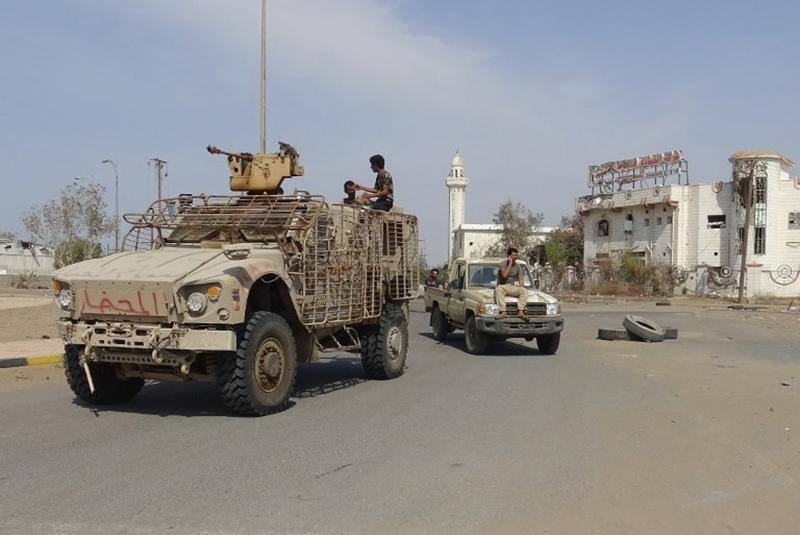 Members of the Yemeni pro-government forces gather at the eastern entrance of the port city of Hodeida, Dec 29, 2018. A UN official has said Yemeni rebels have begun to withdraw from the port of Hodeida under an agreement reached in Sweden earlier this month. (STRINGER / AFP)

SANAA, Yemen — Yemen's Shi’ite rebels on Saturday said they handed over control of the main port in the Red Sea city of Hodeida to the coast guard and local administrators, but the government denied that, calling it a ploy by the Iran-aligned rebels to maintain control of the strategic facility.

The handover was supposed to be the first in a series of confidence-building measures agreed to in Sweden that could pave the way for a political settlement of Yemen's four-year-old war pitting the rebels known as Houthis against the internationally recognized government backed since 2015 by a Saudi-led coalition.

The two sides have observed a ceasefire in Hodeida for more than a week, ending months of fierce fighting between the two sides for control of the city

But the pro-government Sabaa news agency quoted what it called an official source as saying the Houthis' assertion about giving up the port was an attempt to sidestep the Sweden agreement.

"We cannot accept these violations, which will lead to the failure of the agreement," the agency quoted the source as saying.

Military and local Hodeida officials loyal to the government said the Houthis had taken advantage of their control of the city to place loyalist administrators and fighters in both the port management and the coast guard.

"It's a stage play in which the Houthis handed over the port to their fighters after they put on coast guard uniforms," said the Hodeida governor, al-Hassan Taher.

The rebels control most of northern Yemen, including the capital of Sanaa, while their foes control much of the south, including the Arabian Sea port city of Aden, where the exiled government is located.

The two sides have observed a ceasefire in Hodeida for more than a week, ending months of fierce fighting between the two sides for control of the city. A UN team led by retired Dutch Maj Gen Patrick Cammaert arrived last week in the city to monitor the ceasefire.

ALSO READ: As UN mulls how to back Yemen truce, US wants to call out Iran

Some 70 percent of Yemen's imports come through Hodeida, and the Sweden deal is designed in part to facilitate the arrival of relief supplies to push Yemen back from the brink of famine. The fighting has killed tens of thousands of people, and has driven millions to hunger. The UN calls it the world's worst humanitarian disaster.

The two sides also agreed in Sweden to exchange prisoners of war in a deal involving thousands captured from both sides. The implementation of that deal is yet to begin and may run into difficulties.

Government officials maintain that the Houthis are denying the presence in their detention facilities of nearly 3,000 people among a total of some 8,500 prisoners whose names were submitted to the rebels.