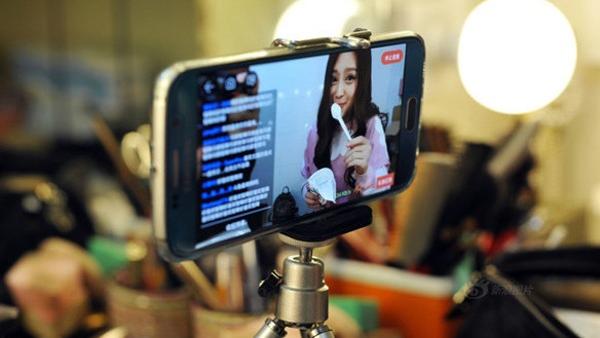 BEIJING - Chinese authorities have moved to straighten out irregularities on the popular live-streaming and short video websites and applications to create a clean online environment.

In early April, the State Administration of Radio and Television and Cyberspace Administration of China asked news website Toutiao and live streaming website Kuaishou to remove obscene and violent content, and close the user accounts that uploaded such content.

Two months ago the authorities had closed ten live-streaming websites and applications for broadcasting morally controversial and vulgar contents.

The moves were aimed to close loopholes in the operation of these online services, criticized for grabbing eyeballs regardless of government rules and morality.

On Kuaishou, China's most popular Dubsmash-like app with 108 million daily active users, a woman of about 40 rose to sudden fame for live streaming her eating of electric bulbs and thorny cacti, whose audience quickly surged to more than 100,000. Her special digestive "ability" was later decoded by local police as stunt using synthetic substitutes.

In another most watched video, a 14-year-old girl posted her giving birth to a child and received many "likes" on her page, which raised serious public concerns that it might trigger other juveniles' imitation.

According to the China Internet Network Information Center (CNNIC), China has had a total of 579 million online video viewers and 422 million live streaming viewers by the end of 2017. A large number of them are young people including teenagers.

"iResearch", a consulting firm, estimated in a January report that the country's short video market size was about 5.73 billion yuan (about US$900 million) in 2017, up 184 percent year on year, and might exceed 30 billion yuan in 2020.

The moves were aimed to close loopholes in the operation of these online services, criticized for grabbing eyeballs regardless of government rules and morality

Fast expansion attracted huge capital that seek profits. According to Analysys, an Internet data analysis firm, the short video industry was estimated to have attracted 13.6 billion yuan of investment over the past three years.

Intensely competing for attention, some streamers and video providers have resorted to provoking contents while service operators indulging them due to clicks and advertisement.

Some service operators, which promoted or highlighted such controversial videos, claimed that they did not do it intentionally but relied on algorithm, which analyzed preference and popularity data, regardless of the content.

"The cyberspace is not a lawless place, and every step taken online should comply with the law and social morality including business innovation," said Shen Yi, a professor with Fudan University in Shanghai.

The government actions could be regarded as a chance for the healthy development of the industry in the long run, said Chen Zhou, a strategic consultant with YY Inc, a live streaming firm.