Rouhani: Iran to 'keep exporting crude oil' despite US pressure 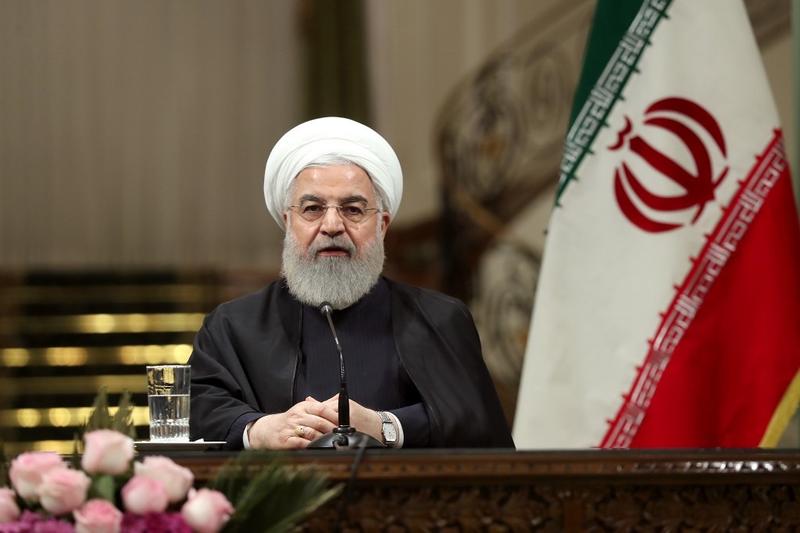 A handout picture provided by the Iranian presidency on April 22, 2019, shows President Hassan Rouhani giving a press conference with the Pakistani prime minister in the capital Tehran. (PHOTO / AFP)

GENEVA — Iran will continue to export oil despite US pressure aimed at reducing the nation's crude oil shipments to zero, Iran President Hassan Rouhani said in a speech broadcast live on Iranian state TV on Tuesday.

If the United States is able to stop one method for Iran to export oil, then it will find other ways

"America's decision that Iran's oil exports must reach zero is a wrong and mistaken decision, and we won't let this decision be executed and operational" Rouhani said.

"In future months, the Americans themselves will see that we will continue our oil exports," he said.

If the United States is able to stop one method for Iran to export oil, then it will find other ways, Rouhani said.

The United States demanded last Monday that buyers of Iranian oil stop purchases by May 1 or face sanctions, ending six months of waivers that had allowed Iran's eight biggest customers, most of them in Asia, to continue importing limited volumes.

Ordinary Iranians are the ones who feel the pressure from US sanctions, Rouhani said.