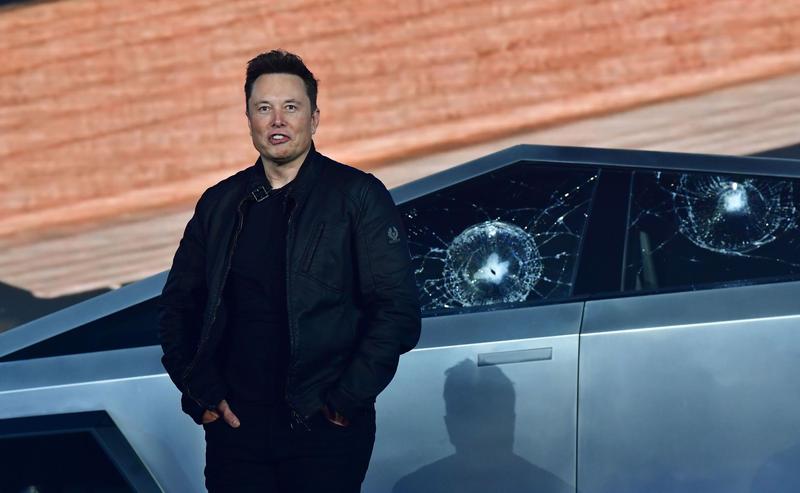 Elon Musk unveiled Tesla Inc’s eagerly awaited electric pickup truck on Thursday but it didn’t go as planned, ending with two smashed windows and the hashtag #cybertruck trending on Twitter for all the wrong reasons.

In the demo, Tesla chief designer Franz von Holzhausen initially took a sledgehammer to the truck, which withstood the impact. Then it all went wrong.

But if they are going to market the glass as a differentiator, they better be able to show stronger tests leading up to launch

Von Holzhausen took a metallic ball in his right hand, wound up and tossed it at the truck -- smashing the front driver-side window, stunning the audience and viewers live streaming the event.

“Maybe that was a little too hard,” Musk said after the ball cracked the glass. So they tried again. A second test broke a second window.

“It’s classic Tesla. It’s poetic,” said analyst Gene Munster of Loup Ventures. “I applaud the company for taking risks: this was not a boring presentation. The broken glass was unpredictable. This wasn’t practiced.”

The event was shown on YouTube, with the video made private shortly after. The heavy-duty truck retails from US$39,900 and will come in three different variants.

“This obviously wasn’t a true production vehicle so Tesla gets a pass for now,” said Akshay Anand, executive analyst at Kelley Blue Book. “But if they are going to market the glass as a differentiator, they better be able to show stronger tests leading up to launch.”