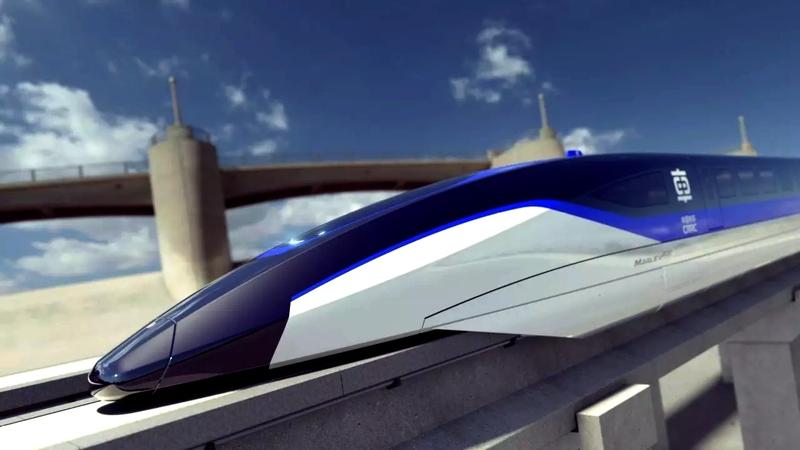 A design sketch shows a high-speed maglev train that will be able to reach 600 kilometers per hour. (PHOTO PROVIDED TO CHINA DAILY)

China is planning to develop a prototype by 2020 of a high-speed maglev train that can reach 600 kilometers per hour.

The technical plan for the 600 km/h maglev train was approved on Thursday by a review committee consisting of 19 experts, according to CRRC Qingdao Sifang Co Ltd, a wholly owned subsidiary of China Railway Rolling Stock Corp, the largest rolling stock manufacturer by asset volume in the world.

As the plan has been reviewed, we will move to the stage of construction design

If put into commercial service, the train could shorten travel time between Beijing and Shanghai to more than two hours from 4.5 hours, as the current high-speed train runs at 350 km/h.

"As the plan has been reviewed, we will move to the stage of construction design," said Ding Sansan, deputy chief engineer of CRRC Sifang at the review meeting held in Qingdao, Shandong province.

"According to the schedule, we will develop one sample car this year, while the prototype of the whole car will be tested on a five-kilometer route by 2020," Ding said.

The high-speed maglev transportation system is one of the key projects under the Ministry of Science and Technology's 13th Five-Year Plan (2016-20) to promote an advanced rail transit system.

The project aims to enable China to have independently owned technology in the design, manufacturing, adjustment and appraisal of the high-speed maglev transportation system.

"Though European and Canadian train makers previously were trying to hold back China's market expansion in developing wheel technology-based high-speed trains, they have failed. Also, none of them are capable of competing with China in the field of high-speed maglev trains, judging by their research and development resources," said Wang Mengshu, an academician at the Chinese Academy of Engineering.

However, he said Japan will remain a strong rival in both bullet train operation and development and high-speed maglev train technologies. It plans to put its 500 km/h maglev trains with cryogenic superconducting technologies into operation by 2027. Japan has been keen to compete with China to gain train orders and railway-related projects in India, Thailand, Malaysia and Indonesia in recent years.

"China must make a breakthrough urgently to develop maglev trains that can run at the speed of 600 km/h, to ensure it can hold a decent market share globally in the long term," said Wang.

The world's first maglev line, at a speed of up to 430 km/h, was launched in Shanghai in 2002. It uses German technology, connecting a subway station to Shanghai Pudong International Airport.

Beijing's first medium-to-low speed maglev line, the S1 line, went into operation on Dec 30. It connects the western suburban districts of Mentougou and Shijingshan. The 10.2-km line has a maximum speed of 100 km/h.