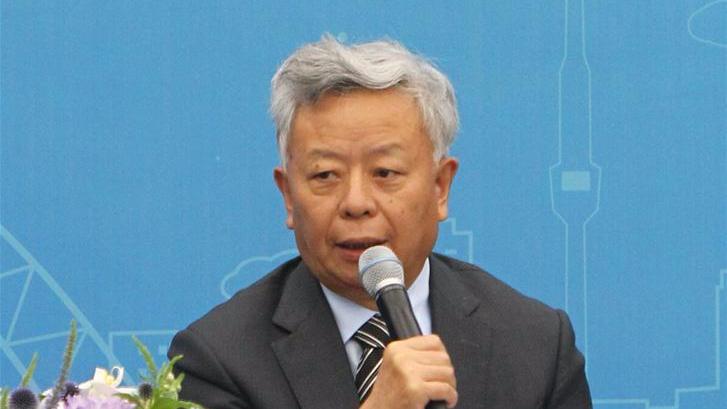 Jin Liqun, president of AIIB, speaks on the Second Annual Meeting of the Board of Governors of the AIIB held on Jeju Island, South Korea, June 16, 2017. (YAO QILIN / XINHUA)

Jin called on Chinese construction companies to keep upholding the principle of integrity, to deliver more beneficial and sustainable projects. He said transparency and accountability matter the most.

He said that the growth of AIIB's membership from 57 to 97 countries and regions within three years fully demonstrated that the multilateral development bank is "in line with the needs of the world and meet the requirements of everyone's development".

It also shows that the AIIB is a multilateral institution that meets international standards, Jin added.

Jin made the remarks on Monday at a seminar on standards for high-quality and sustainable infrastructure. Chinese infrastructure investors, representatives from multilateral development banks and other financial institutions attended the event, which was organized by the AIIB and China International Contractors Association (CHINCA).

The event came before the second Belt and Road Forum on International Cooperation that is scheduled this week in Beijing. The Belt and Road Initiative, proposed in 2013, has infrastructure and connectivity as one of its top priorities.

"Chinese contractors not only need to work closely with financial institutions to ease the financing bottleneck, but need to fully consider the interests of various stakeholders and pay attention to the ecological environment," he said.

Fang said his association will continue to deepen cooperation with member companies and the AIIB in building sustainable infrastructure.

China Civil Engineering Construction Corp was the contractor of Ethiopia-Djibouti Railway Project, which was completed in 2016. According to the company, during the construction period, local purchasing amounted for more than 35 percent of the total amount.

The project has greatly improved traffic and logistics efficiency in Ethiopia and Djibouti, and laid a sound foundation for the two countries' industrial development, the contractor said.

According to a survey by CHINCA, over half of the surveyed companies said they had conducted SDG-related benchmarking or surveys. All respondents agreed that the SDGs are conducive to addressing economic, environmental and social problems.

According to the survey, there is still room for construction contractors to improve, in terms of their implementation and evaluation mechanism.