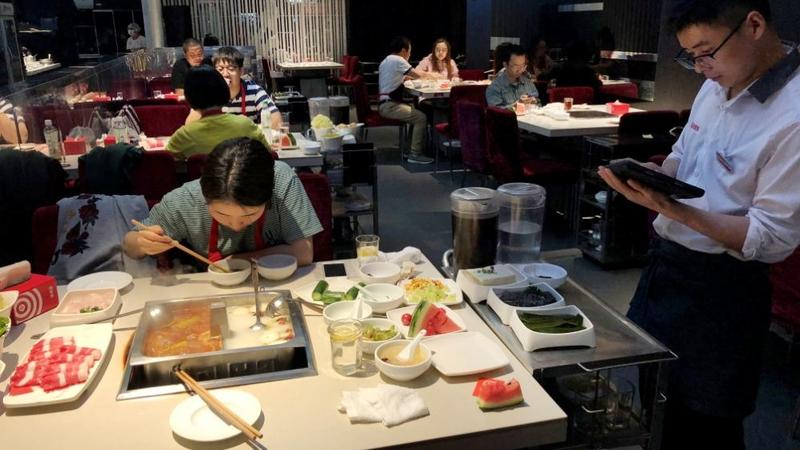 BEIJING - In late 2017, a topic about Haidilao, the Chinese hotpot chain known for its exceptional service, trended on social networks: a Teddy bear was seated in front of a solo diner to keep them company.

But how "considerate" was this move? Many people argued that eating alone is an enjoyable moment of solitude and even a fact of life in today's China, rather than something to be pitied.

A recent report by market research group Kantar echoed the argument. Some 46 percent of the interviewees said they had eaten alone in the past 24 hours, up 9 percent from 2017.

Around 16 percent of respondents said they preferred to eat out alone.

One reason for eating alone could be the rise of the single person Chinese household.

According to the Ministry of Civil Affairs, marriage registrations have dropped in China every year since 2014, while the divorce rate has risen for 16 straight years.

Another reason for eating alone is time - or the lack of it. Commuters, strapped for time, grab breakfast on the go at food outlets near subway and bus stations.

And more people are having their lunch delivered from one of the many food delivery firms and choosing to eat it at their desks.

Ele.me, which means "Hungry?" in Chinese, is a popular Chinese app that offers online food delivery. The company noted the trend of "meals for one" in its market research report. 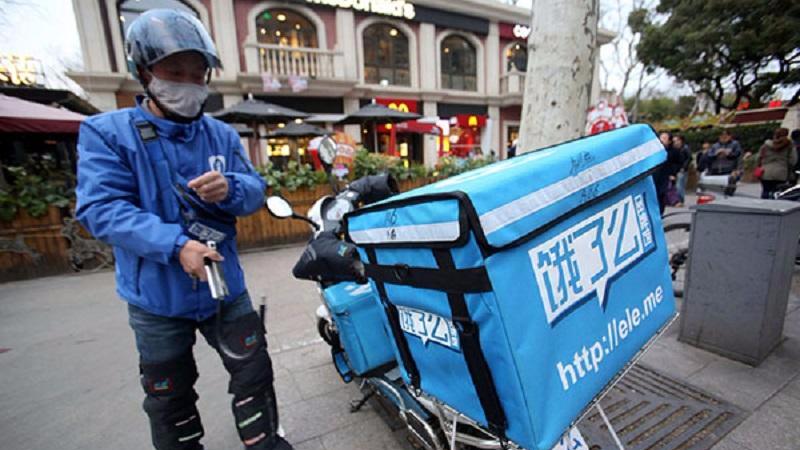 Lunchtime is the rush hour for food deliveries and "lunch for one" is the most common choice. Cooperating with Ele.me, Pizza Hut changed its menu for solo diners. The 9-inch pizza once was the smallest pizza, but 6-inch is now.

Harvest Festival, a Chinese catering company, has also benefited from solo diners. Data from Ele.me shows sales of Harvest Festival on Ele.me rose by 63.1 percent in January after it rolled meals for one.

On social networks like Weibo, many solo diners note that solitude should not be confused with loneliness.

If one is eating in solitude, it does not necessarily mean they are lonely and one can use the time for self-reflection and feel good about it, said Weibo user "A closed book".

The report by Kantar said that although Chinese are more pressed for time these days, they are also more independent and less anxious when they are alone.

Shao Jiaxiang, a restaurant owner calling himself "Uncle Cat", opened Japanese fine dining restaurants in Shanghai and Guangzhou. He told Xinhua that solo diners with a smartphone are common and they often choose more expensive dishes or set meals than diners in a group.

Shao introduced a hot pot set meal for one in his restaurants this winter. "It's getting cold and hot pot for one sells really well." he said.

Eat Solo is an online video channel with more than 1.5 million followers. Eddie Cheng, partner of Eat Solo, told Xinhua that eating in solitude is convenient as many people study and work in big cities far from home.

Whether it's having a great meal by yourself or spoiling yourself with gourmet cuisine, "food is an extension of personal feelings," said Cheng.