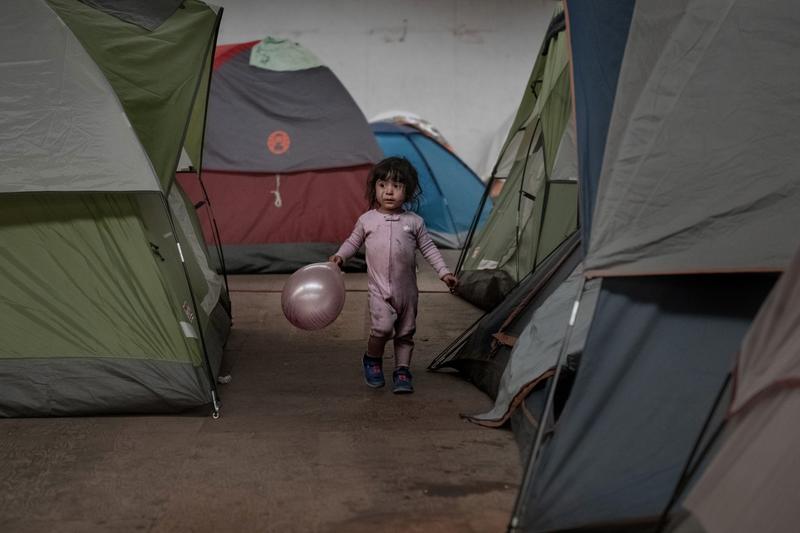 In this Jan 2, 2019 photo, a girl holds a balloon as she walks among tents inside an empty warehouse used as a shelter set up for migrants in downtown Tijuana, Mexico. (DANIEL OCHOA DE OLZA / AP)

MEXICO CITY — The head of Mexico's immigration agency said Monday that his country won't accept migrants younger than 18 while they await the resolution of their US asylum claims.

Mexico will accept migrants only from Guatemala, El Salvador and Honduras, and will give them four-month visas

Mexican officials had previously said the United States expressed interest in extending the "remain in Mexico" policy to other border crossings. But Guillen said Mexico will accept only asylum seekers aged 18 to 60 at El Chaparral.

Mexico will accept migrants only from Guatemala, El Salvador and Honduras, and will give them four-month visas.

Guillen said that since Dec 1, Mexico has given 3,983 transit visas to Central Americans, most of whom hope to reach the United States. Mexico will also extend other work-visa programs to apply to more Mexican states and more Central American countries.

The "remain in Mexico" program had been set to start last week with about 20 migrants returning to Tijuana. 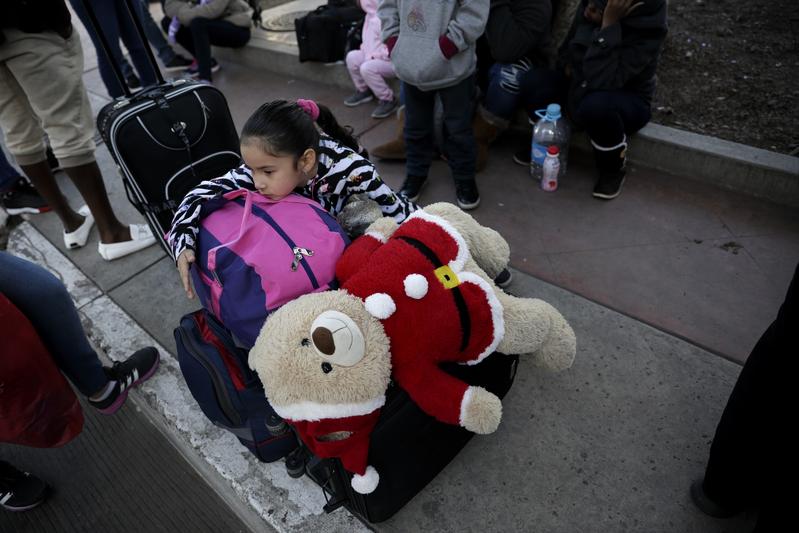 A girl sits among luggage with family members as they wait to hear if their number is called to apply for asylum in the United States, at the border, Jan 25, 2019, in Tijuana, Mexico. (GREGORY BULL / AP)

US authorities plan to bus asylum seekers back and forth to the border for court hearings in downtown San Diego, including an initial appearance within 45 days.

The US has witnessed a surge in asylum claims, especially from Central American families. Due largely to a court-imposed 20-day limit on detaining children, families are typically released with a notice to appear in immigration court. With a backlog of more than 800,000 cases, it can take years to settle cases.

The new US policy purportedly aims to reduce incentives for migrants to make asylum claims, on the belief they will be released and allowed to spend years in the United States even if their claims are eventually rejected.

Migrant activists fear the program will make it harder for asylum seekers to successfully argue their cases.