Ping An Insurance reveals a huge bet on tech 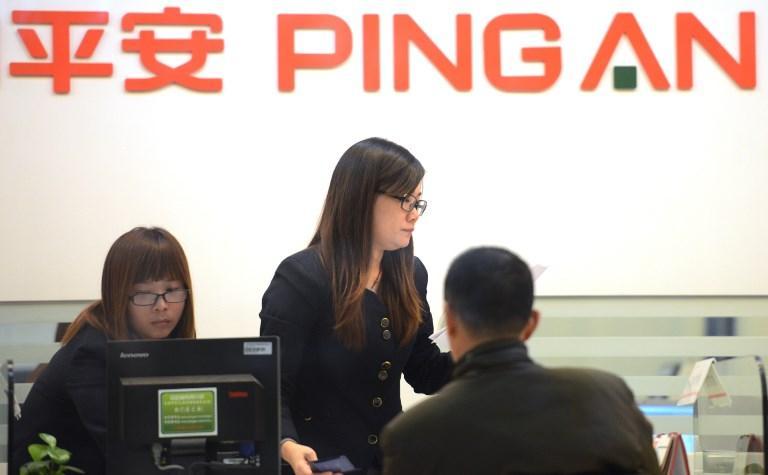 People are seen inside of a branch of Ping An Insurance in Shanghai on Nov 26, 2012. (PETER PARKS / AFP)

These days, every big finance company worth its salt is finding ways to boost its bottom line with technology. Few are going quite as far as Ping An Insurance (Group) Co.

Over the past decade, the Chinese behemoth has invested billions in technology to make its insurance, lending and asset management businesses more competitive. In recent years, it started selling that tech - everything from online banking platforms to facial recognition systems - to other financial firms in China and around the world.

But only now is the scope of Ping An’s ambition coming into focus: The company wants to eventually generate half its earnings from technology, up from almost nothing today. The target, spelled out for the first time by Deputy Chief Executive Officer Jessica Tan in an interview with Bloomberg, could spur investors to rethink how they value a stock that’s nearly 70 percent cheaper than counterparts in the Chinese tech industry.

“Our long-term goal is to drive our business on the two wheels of capital and technology,” Tan said, without being more specific about when the company plans to reach its earnings target. “From the standpoint of the group, we hope the two are balanced in terms of revenue and profit - equally important.”

Ping An is betting a less capital-intensive business model will keep its shares climbing after a 99 percent surge this year propelled its market value to US$189 billion - third behind Tencent Holdings Ltd and Alibaba Group Holding Ltd among China’s non-state controlled companies. Jason Yao, Ping An’s chief financial officer, has repeatedly argued that investors undervalue the company’s tech prowess, saying as recently as last monththat the stock had room to rise.

Shifting to a new growth strategy won’t be easy for Ping An. The company not only faces increasing competition from Chinese Internet giants like Tencent, it also risks eroding its edge in the insurance, banking and asset management industries as it supplies more of its technology to rivals.

In recent years, Ping An started selling its technology businesses in which it had invested billions over the past decades

“Forecasting the upside does require a leap of faith,” CLSA Ltd analysts led by Patricia Cheng wrote in a report last month.

Bulls see plenty of reasons to be optimistic. For one, Ping An has a history of delivering on its plans. The company has recorded annualized profit growth of 24 percent over the past seven years, and it’s starting to develop a track record of success when it comes to tech-focused businesses.

Its internet units, including online lending platform Lufax and health-care portal Ping An Good Doctor, have lured 400 million users in just a few years and are said to have attracted interest from SoftBank Group Corp’s US$97 billion technology investment fund.

The company’s OneConnect division, its main vehicle for selling technology to the financial-services industry, already boasts more than 2,400 clients. Tan says almost all of them have stuck around after one year.

Ping An’s tech offerings can cut the time it takes a Chinese lender to build an Internet banking platform from two years to six weeks, confirm customers’ identities by their voices, and analyze facial expressions to determine when borrowers are lying.

For the auto insurance industry, Ping An offers claims-processing technology that can estimate repair costs from uploaded videos of accident sites and automatically guide drivers to nearby auto shops. The software has helped Ping An cut more than 3 billion yuan (US$454 million) of costs and boost its auto underwriting margin to 2.8 percentage points above the industry average.

Smaller insurers should be keen customers for such technology, assuming it’s attractively priced, according to Eunice Tan, a Hong Kong-based analyst at S&P Global Ratings.

Many investors aren’t yet prepared to value Ping An the way they would Tencent or Alibaba, given that tech products are still a small slice of its overall business.

In the first nine months of 2017, Ping An got more than 70 percent of its earnings from insurance, with banking and asset management each contributing about 15 percent. Profit from its fintech units amounted to 1 percent of the group’s total, a proportion that Bloomberg Intelligence analyst Steven Lam estimates could increase to 3 percent to 5 percent in five years.

One risk for Ping An is that China’s tech companies are building their own financial services ecosystems. Alibaba and Tencent already dominate the online payments industry and are expanding rapidly into areas including asset management, lending and insurance.

“The tech giants are much closer to the daily life scenarios of the Chinese, and their wallets,” Sanford C. Bernstein analysts led by Linda Sun-Mattisonwrote in a Nov 22 report.

Ping An’s Tan argues that the company’s massive cache of financial data (it has nine petabytes of the stuff), combined with its offline resources, make the company’s products “fairly difficult” to replicate.

Most analysts seem to agree. After Ping An promoted its tech strategy in a series of presentations in Shenzhen last month, brokerages from Deutsche Bank AG to Nomura Holdings Inc raised their price targets on the stock. The average estimate for Ping An’s Hong Kong-listed shares now implies a gain of about 18 percent over the next 12 months, according to data compiled by Bloomberg.

“If Ping An can really deliver on fintech, it will be a major breakthrough,” said Wendy Liu, head of China equity research at Nomura in Hong Kong. “If executed well, and revenue does go up, valuation will follow step by step.’’