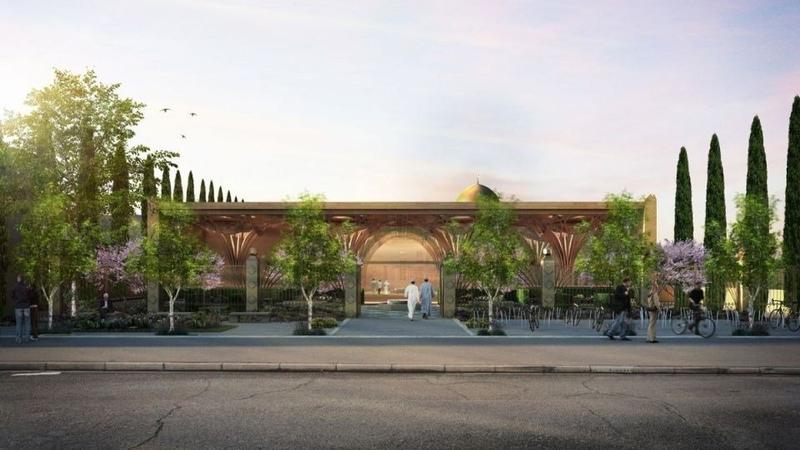 LONDON — Europe's first green mosque is hoping to harness the power of Islam to tackle climate change, urging Muslims who worship in the British newbuild to do more to protect the planet.

"The Koran emphasises the beauty and harmony of the natural world as a sign of God's creative power and wisdom."

As one of the fastest growing faiths in the world, Islam could be a powerful force if Muslims were stirred to environmental action, climate activists say.

Which is where Cambridge Central Mosque steps in.

Located in the world-famous British university city, the mosque opened its doors in May just in time for the fasting month of Ramadan. It is adorned with latticed columns, clad in solar panels and surrounded by crab apples, with space for 1,000 and a mission to become a force for climate good.

"The mosque symbolises the spiritual heart of the Muslim community, it's the central locus where the worshipper connects to God," said mosque trust patron and musician Cat Stevens.

Stevens, famous for hit songs Wild World and Morning Has Broken, became Muslim in the 1970s and is now known as Yusuf Islam. He told the Thomson Reuters Foundation that Muslims had an important role to play in tackling the climate crisis.

"It (the mosque) is part of the re-education process, digging deeper into the true nature of Islam to reveal its harmony with the balance of the universe," said Stevens.

"Many Muslims have forgotten this and are not contributing enough to the present climate crisis."

The 24-million-pound (US$30-million) building, funded largely by the Turkish government, will welcome hundreds of worshippers for night prayers every night, during this month of Ramadan - following a 18-hour fast from food and drink in daylight hours.

With recycled rainwater to irrigate the gardens and energy-harvesting heat pumps, the mosque says it produces close to zero carbon emissions and boasts better green credentials than the thousands of other mosques that are scattered across Europe.

"The Koran emphasises the beauty and harmony of the natural world as a sign of God's creative power and wisdom," said mosque trust chairman and Cambridge University professor, Timothy Winter, also known as Abdal Hakim Murad.

"The struggle against climate change and the mass extinction of species is not only a practical question of human survival, but is a battle to respect and protect God's gifts." 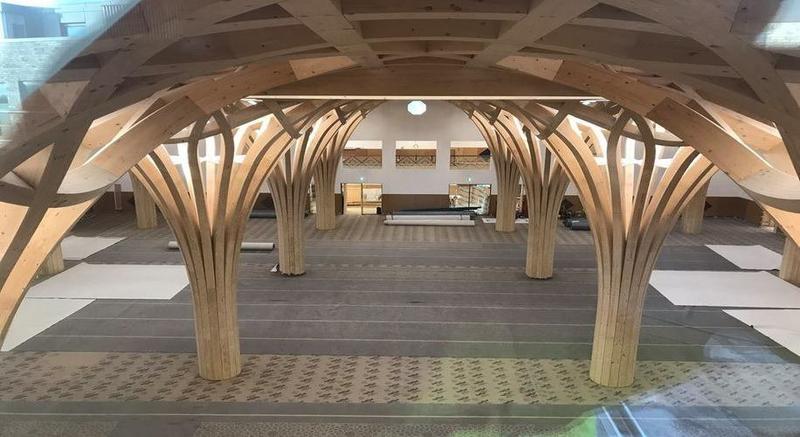 This undated photo taken from the Cambridge Central Mosque's official twitter account shows the interior of the mosque while under construction. (PHOTO / CAMBRIDGE MOSQUE PROJECT)

Large skylights illuminate the main prayer hall so no artificial lights are needed by day, while the rooftop is dressed in panels that turn sun to power.

It is not just the building that is green.

"Muslims could be a powerful force that can be mobilised against climate change," said Shanza Ali, co-founder of Muslim Climate Action, a British advocacy group.

"However this would require us to go back to Islamic teachings and back to valuing the skills, ideas and respect that communities would give the environment," she said.

For Ali, a fixed eco-message would not work for the world's diverse 1.8 billion Muslims; a pluralistic approach could better "revive the connection" between Islam and the environment.

"Projects like the Cambridge mosque are going to be critical in raising awareness and showing people that this isn't just a niche issue that some Muslims have picked up, but it's an issue at the heart of our belief," she said.

In 2015, Islamic faith leaders came together to urge Muslims to play a more active role in combating climate change in a declaration that was welcomed by the United Nations.

The declaration lamented the "corruption" that humans had caused and called for lower emissions, an end to deforestation and greater commitment to renewable energy sources.

Religious leaders from Pope Francis to the Dali Lama have preached similar eco-messages, warning their faithful of the dangers of growing climate change.

According to the Alliance of Religions and Conservation charity, the world's big faiths could galvanise some 5 billion people into climate action, 85% of the world's population.

In Britain, former Archbishop of Canterbury Rowan Williams - representing some 85 million Christians globally - endorsed Green Party political candidates ahead of Thursday's European elections, saying it was "harder and harder to pretend that we're not living in the middle of the most serious environmental crisis in recorded history." 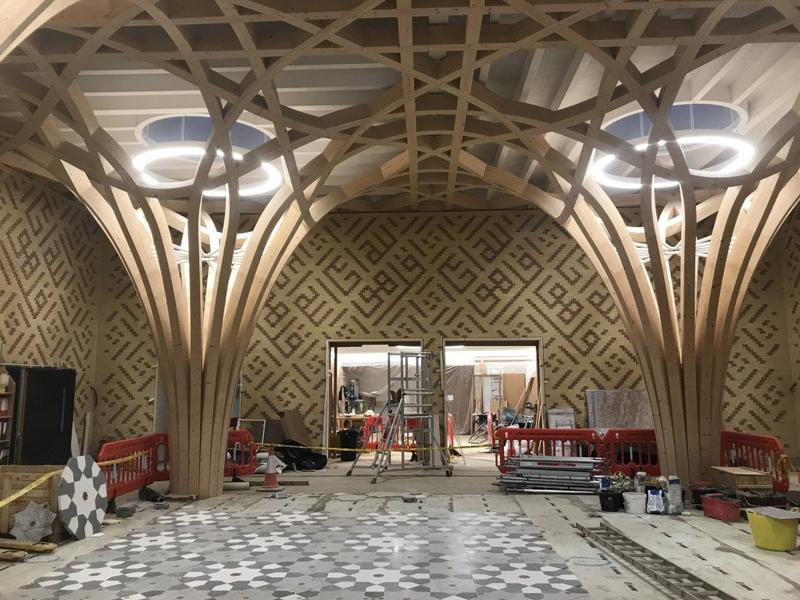 This undated photo taken from the Cambridge Central Mosque's official twitter account shows the interior view of the mosque while under construction. (PHOTO / CAMBRIDGE MOSQUE PROJECT)

Cambridge is home to about 6,000 Muslims, born as far afield as Indonesia and Italy, many of them students or professionals.

Worshipper Haseef Ahmed, 27, said the green message chimed with his values and served as a reminder that the world's natural supplies were limited.

"The mosque is the central point of all Muslim communities," said Ahmed, by telephone. "It's the space. So if we're going to engender more green, environmentally ethical behaviour into the community, it's that space that will have to transform."

The mosque was designed with Islamic and local architectural traditions in mind, said architect Julia Barfield of Marks Barfield Architects, responsible for iconic structures such as the London Eye observation wheel on the Thames.

The central timber lattice echoes the Gothic vaulting at nearby King's College Chapel, she said, while the golden dome punctuates the skyline of lean university spires.

It is "essential" that more is done to turn buildings green, said Barfield, adding: "I don't think there's any alternative, we've all got to do this - there's really no option."