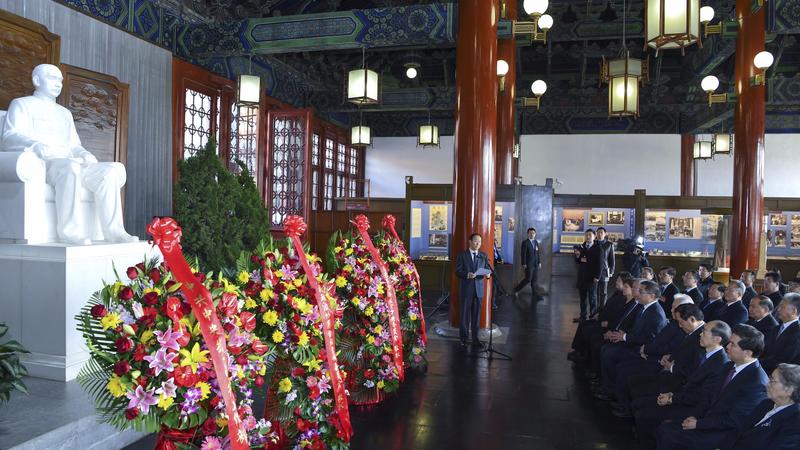 In this Nov 12, 2017 photo, the National Committee of the Chinese People's Political Consultative Conference (CPPCC) holds a ceremony to celebrate the 151st anniversary of Sun Yat-sen's birth at Zhongshan Park in Beijing. (PHOTO / XINHUA)

BEIJING -- A ceremony was held on Sunday to commemorate the 151st anniversary of the birth of revolutionary leader Sun Yat-sen.

The event was held by the National Committee of the Chinese People's Political Consultative Conference (CPPCC), China's top political advisory body, in Beijing's Zhongshan Park, which is named after Sun.

Born in 1866 in south China's Guangdong province, Sun was the founder of the Kuomintang Party, and is a revered revolutionary leader who played a pivotal role in overthrowing imperial rule in China.