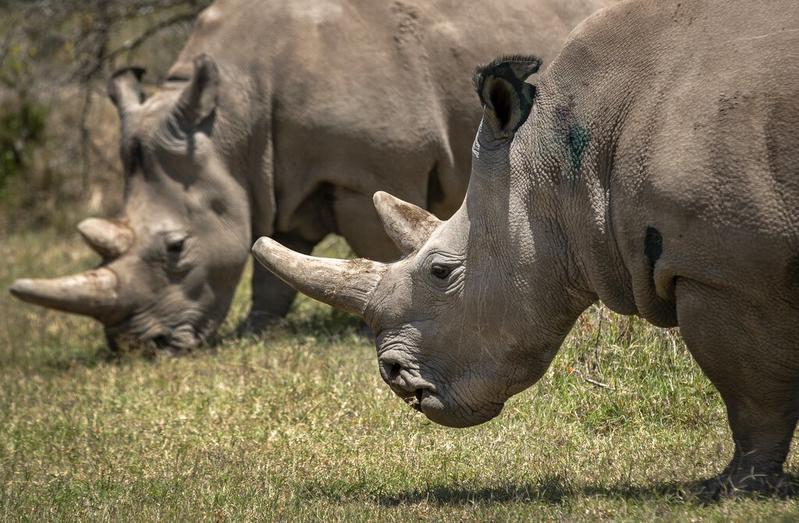 CREMONA, Italy — Silvia Colleoni's hand holding a syringe was trembling as she injected liquid into a micro pipette to facilitate the aspiration of sperm that had been removed and later frozen from one of the last then-living male northern white rhinos on Earth.

Eggs that were removed last week in Kenya from the last two female northern white rhino were fertilized with frozen sperm from two now-dead males. Whether the artificial fertilization of eggs succeeds could determine whether the species has a future, or is doomed to end

Her nervousness in the Avantea laboratory in northern Italy on Sunday was understandable. Whether the artificial fertilization of eggs taken from the last two living females succeeds could determine whether the species has a future, or is doomed to end.

"It does create a little emotion," Colleoni said, reflecting in a phone interview the day after the fertilization procedures that could result in as many as seven embryos.

"After it was over, I was calm, but it's a manual task, any error, any slipping, if it falls, will result in irreparable damage."

The Associated Press was granted exclusive access to the laboratory to film the procedure being carried out on Sunday.

Eggs that were removed last week in Kenya from the last two female northern white rhinos, Najin and Fatu, were fertilized in the lab with frozen sperm from two now-dead males. It will be about 10 days before it is known whether the eggs have become embryos, the Italian assisted-breeding company said Monday. 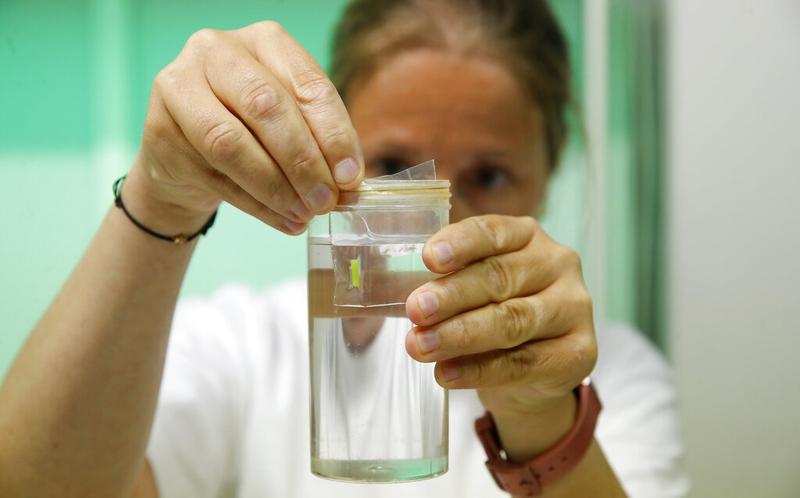 Researcher Paola Turini works at the Avantea laboratory during the inseminating of eggs from the last two remaining female of northern white rhinos with frozen sperm from two rhino bulls of the same species, in Cremona, Italy, Aug 25, 2019. (ANTONIO CALANNI / AP)

Wildlife experts and veterinarians are hoping that the species can reproduce via a surrogate mother rhino, since neither Najin nor Fatu can carry a pregnancy.

On Tuesday, Colleoni predicted that "there will be more tension, more emotion," when she peers through a microscope to see if the fertilized eggs start dividing, in two, then four, then more cells.

She recounted how, using joysticks, she guided the fertilization process. "It takes so much concentration, a lot of attention," Colleoni said. To facilitate success, an electronic impulse is also sent to the eggs.

"We expect some of them will develop into an embryo," Cesare Galli, a founder of Avantea and an expert in animal cloning, said after the procedures were carried out. 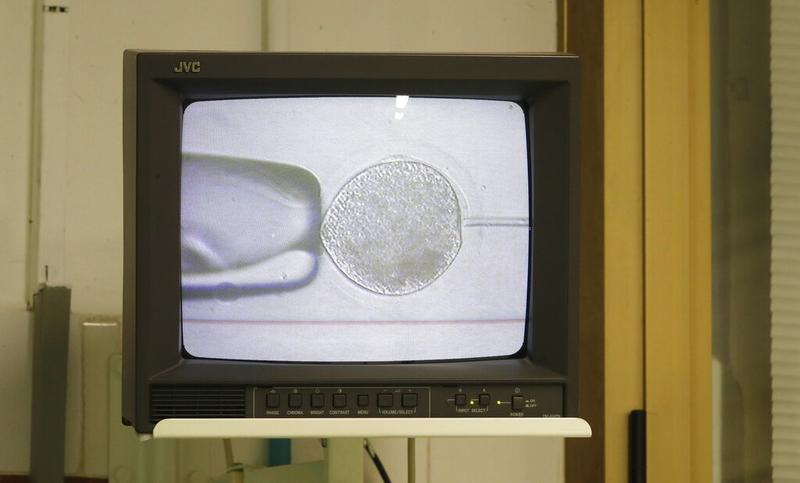 A monitor displays the inseminating of eggs from the last two remaining female of northern white rhinos with frozen sperm from two rhino bulls of the same species, at the Avantea laboratory in Cremona, Italy, Aug 25, 2019. (ANTONIO CALANNI / AP)

The ultimate goal is to create a herd of at least five animals that could be returned to their natural habit in Africa. That could take decades.

Avantea said that only seven of 10 eggs extracted last week from the females in Kenya were suitable for use in the artificial insemination process Sunday.

Galli said that the sperm used came from two northern white bulls, named Suni and Saut, who had been living in a zoo in the Czech Republic. The sperm of both now-dead males were used to enhance chances of reproductive success, especially since Suni is the half-sibling of Najin. In addition, Saut's sperm was difficult to work with, the company said.

Galli, a founder of the company, said that to improve chances for a species' continuation, it is better not to wait to "get to the last two individuals before you use this technology." 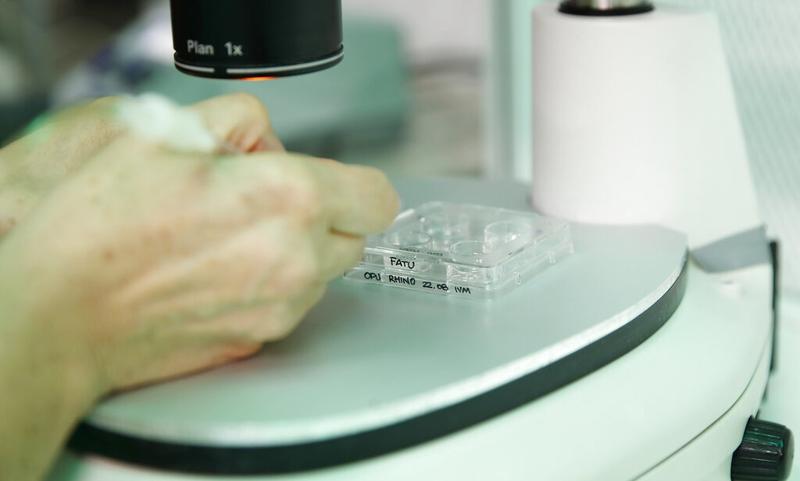 The last living male was a 45-year-year-old named Sudan, who gained fame in 2017 with his listing as "The Most Eligible Bachelor in the World" on the Tinder dating app in a fundraising effort. Sudan was euthanized after age-related complications.

Galli said that Sudan's sperm was still in Kenya, raising the possibility that in any future attempts to create more embryos, scientists might seek the transfer of Sudan's sperm for that purpose.

Sudan was the last of his kind to be born in the wild, in the country he was named after.

Other rhinos — the southern white rhino and the black rhino — are also prey for poachers, who kill them for their horns to supply illegal markets in parts of Asia.

The efforts to save the northern white rhino species have been led by the Leibniz Institute for Zoo and Wildlife Research in Germany, Avantea, the Dvur Kralove Zoo in Czech Republic, the Ol Pejeta Conservancy in Kenya and the Kenya Wildlife Service.