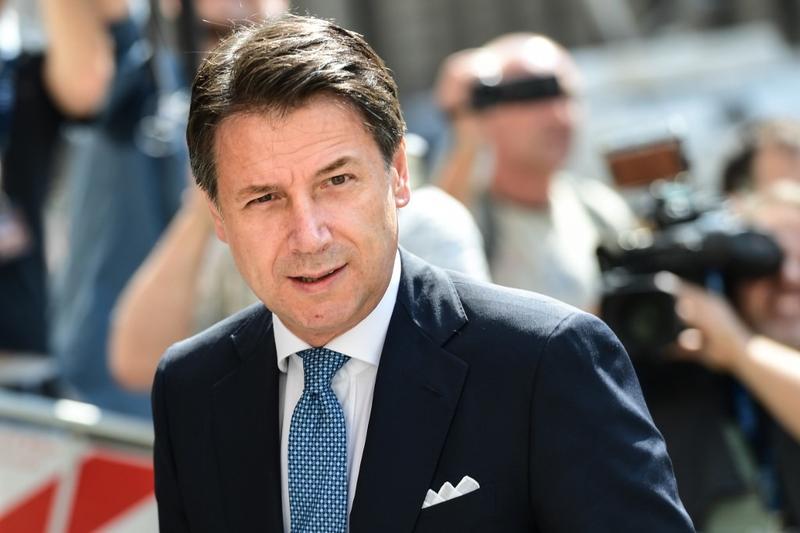 The provision -- strongly advocated by hard-line Interior Minister Matteo Salvini -- toughened measures on migrants and asylum-seekers in the country and on ships of aid groups operating rescue missions at sea.

The upper house voted 160 for the cabinet and 57 against it, granting the passage of the text despite strong opposition from center-left and leftists parties, humanitarian groups, and the United Nations High Commissioner for Refugees (UNHCR).

In case of a negative response to the confidence vote, the government would have been forced to step down.

Interior Minister Salvini hailed the result of the voting.

"(With) the new security decree made law, more powers to police, more supervision on borders, more men to arrest mobsters," he wrote on Facebook.

The confidence procedure went positive for the cabinet despite some senators from the Five Star Movement (M5F) -- the populist ally of Salvini's far-right League in the cabinet -- voting against.

Overall, there were 289 participating senators in the 315-seat assembly during the proceedings, and 238 cast their ballot, while all lawmakers from center-right Forza Italia party of former premier Silvio Berlusconi refused to vote, and the rest did not attend.

Delivered by the government in early June, the decree needed green light by both chambers of parliament by Aug 13 to become law, and the lower house -- where the cabinet had a more robust majority -- passed it smoothly in late July.

Among the key measures introduced, the law widens the powers of the Interior Ministry, which will now be allowed to decide -- in concert with Ministries of Defense and Infrastructure -- whether "to limit or forbid entry, transit or staying of ships in Italian waters, for public safety reasons and in case of violation of current laws concerning immigration."

Originally set up to 50,000 euros, the maximum fine was increased during the discussion of the decree in the lower house.

The new law also allows police to run undercover operations and to use wiretapping "to acquire useful information to prevent the crime of favoring illegal immigration", while the immediate arrest was made possible for those forcing the limitation to enter national waters.

The legislation received strong critics since it was introduced in the form of decree law.

In a statement on June 12, the UN Refugee Agency (UNHCR) appealed on Italy's government to reconsider the decree, and on the parliament to amend it "with a focus on refugee protection and saving lives at its core."

"Without them, it is inevitable that more lives will be lost," the UNHCR wrote.

"No vessel or shipmaster should be at risk of a fine for coming to the aid of boats in distress and where loss of life may be imminent," it added.

Similar concerns about "criminalizing the work of NGOs" had been expressed earlier this year to PM Conte by the Council of Europe -- a human rights organization including all European Union (EU) states among its members.

Critics to the new law also included the Catholic Church and related charities such as Caritas, which -- along with other 36 similar groups -- publicly urged Italian senators to "not make solidarity a crime" in the days ahead of the vote.

During the voting procedure in the senate, some 400 people staged a sit-in before the Interior Ministry to protest against the provision, including members of National Association of Italian Partisans and leftists activists.