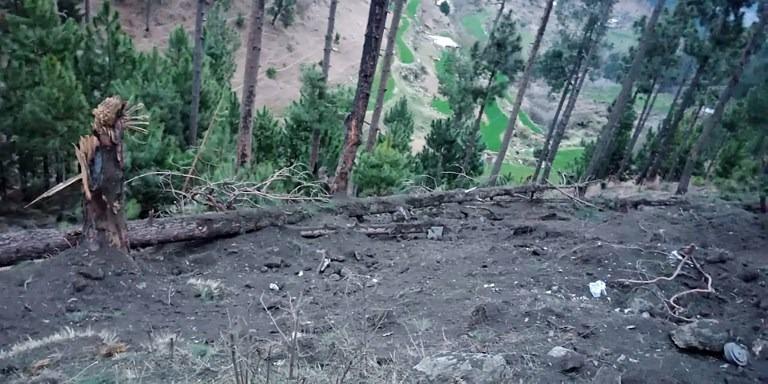 In this handout photograph released by Pakistan's Inter Services Public Relations on Feb 26, 2019, a view of damage caused to trees in hilly terrain after Indian air force dropped their payload in Balakot area. (HANDOUT / ISPR / AFP)

ISLAMABAD / NEW DELHI — The Pakistani military said on Tuesday that Indian warplanes violated the Line of Control (LoC) in the Kashmir region and dropped "payload" hastily.

Confirming the airstrikes, Indian Foreign Secretary Vijay Keshav Gokhale said a terror camp of the JeM was the lone target of the "non-military pre-emptive action" by India in the wee hours of Tuesday morning.

General Ghafoor said on Twitter that facing timely and effective responses from Pakistan Air Force, the Indian warplanes "released payload in haste while escaping which fell near Balakot."

He said there were no casualties or damage.

Qureshi was speaking after presiding over an emergency meeting in Islamabad to review the situation after the Indian Air Force's "intrusion" into the Pakistani side of the LoC, a spokesman for the Foreign Minister said.

"India has violated the Line of Control and Pakistan has the right to self-defense," the foreign minister told the state TV.

He said Prime Minister Imran Khan had summoned a meeting to decide a possible response.

Earlier the foreign minister said in a statement that "better sense should prevail in India," advising India not to challenge Pakistan. 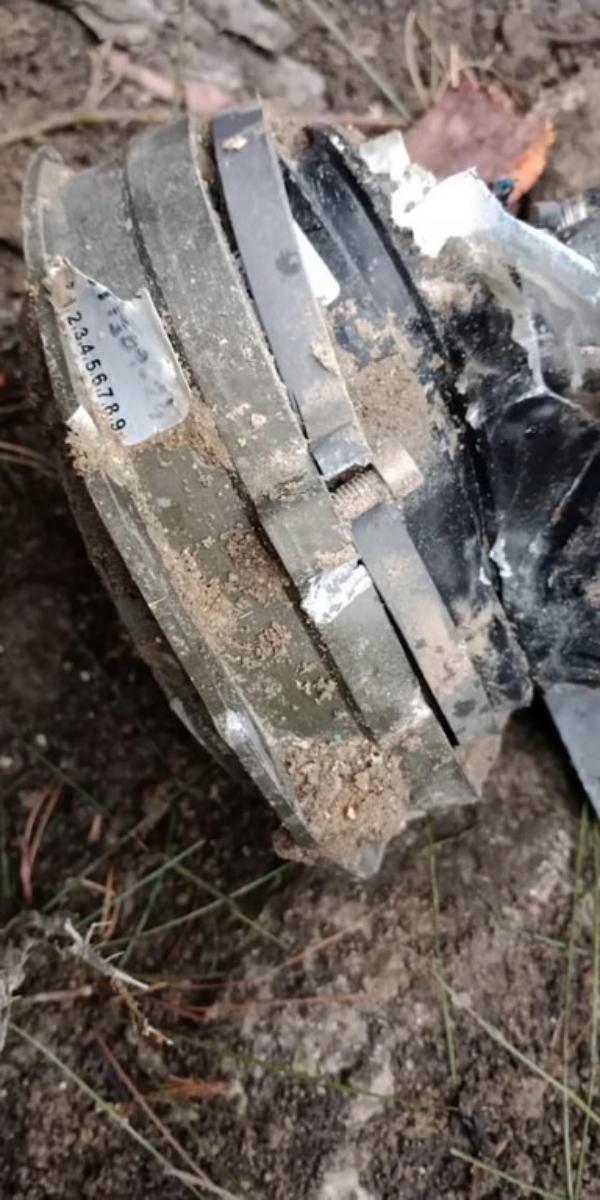 In this handout photograph released by Pakistan's Inter Services Public Relations on Feb 26, 2019, a view of payload dropped by Indian Air Force aicrafts in a hilly terrain in Balakot area. (HANDOUT / ISPR / AFP)

"The nation should not be worried over the Indian act as the defenders of the country are fully prepared to respond to any misadventure," he said.

The incident came amid growing tensions between Pakistan and India following the Feb 14 suicide attack on the Indian police in the Indian-controlled Kashmir that killed over 40 policemen.

The Jaish-e-Mohammad (JeM) group, which was banned in Pakistan in 2002, had claimed responsibility for the deadly attack on the Indian Central Reserve Police Force in the town of Pulwama.

Indian Foreign Secretary Vijay Keshav Gokhale added that enough care was taken during the air strikes to ensure that no civilians were harmed in the targeted areas.

"Credible intelligence was received that JeM was attempting other suicide terror attacks in various parts of India and suicide bombers were being trained for this purpose. In the face of imminent danger, a pre-emptive strike became absolutely necessary," the Indian foreign secretary told a media conference.

"In an intelligence-led operation in the early hours of today India struck the biggest training camp of the JeM in Balakot," he said.

A top Indian military source told Xinhua that the airstrikes were carried out at around 3:45 am on Tuesday morning, and the "successful" operations lasted more than 20 minutes.