Growth of mobile payment casts a shadow over ATM manufacturers 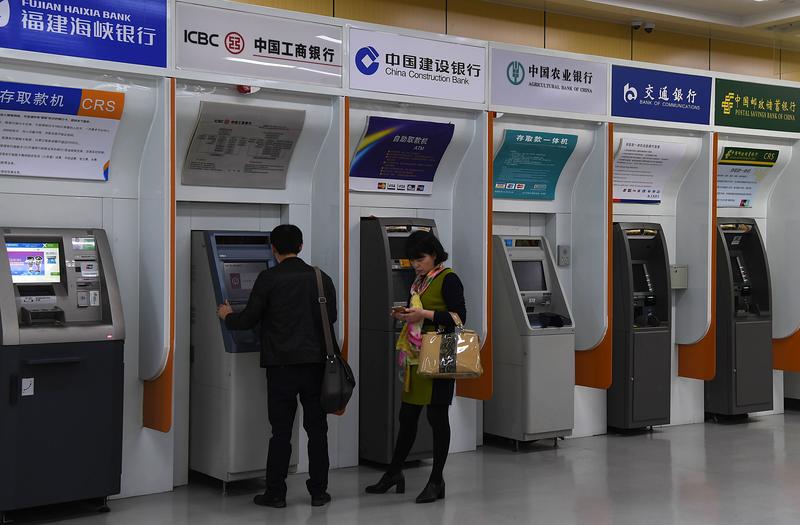 In this undated photo, customers use ATMs at a bank in Fuzhou, capital of Fujian province. (PHOTO / CHINA NEWS SERVICE)

The rapid growth of mobile payments in China has brought about a decline in bank self-service terminals including automatic, video and smart teller machines, initiating industry transformation.

As of the end of 2018, the number of ATMs at banks nationwide dropped by 17,800 quarter-on-quarter to 1.11 million. The average number of ATMs per 10,000 people also fell 1.6 percent from the previous quarter to 7.99, said the latest report on the overall operation of payment systems issued by the People's Bank of China, the central bank.

The decrease in ATM numbers triggered a decline in the performance of several companies principally engaged in the manufacturing, distribution and operation of such devices.

During the reporting period, the deployment of bank self-service terminals including ATMs kept slowing down due to the rapid development of mobile payments

Beijing ATMVI Technology Co Ltd, a designer and manufacturer of kiosks, enclosures and housing for ATMs, disclosed preliminary earnings estimates on Feb 28, announcing that it posted a 32.52 percent decrease in operating income year-on-year in 2018 and a 6.99 million yuan (US$1.04 million) net loss attributable to shareholders of the company listed on the National Equities Exchange and Quotations.

"During the reporting period, the deployment of bank self-service terminals including ATMs kept slowing down due to the rapid development of mobile payments. It caused a slump in demand for related products and services of the company and a large decline in our business income," the company said.

Besides, the company said it has not yet made significant progress in business transformation, which led to a turn from profit to loss last year.

Guangzhou Kingteller Technology Co Ltd, another major ATM manufacturer and operator in China, also posted a 32.77 percent drop in operating income year-on-year in 2018 and a 96.22 million yuan net loss attributable to equity holders of the company.

Kingteller is trying to make breakthroughs in various fronts, such as developing a new generation of smart teller machines and providing banks with comprehensive solutions for front-end systems.

ATM supplier GRGBanking also stepped up efforts for transformation and upgrading. In a disclosure of preliminary earnings estimates for 2018, the company said it deepened the exploration of the application of technologies such as biometrics, smart video, smart voice and big data.

A survey conducted by the Payment and Clearing Association of China showed that last year, 80 percent of mobile payment users used this type of service every day. For 43 percent of the users, the average amount for a single payment was below 100 yuan.