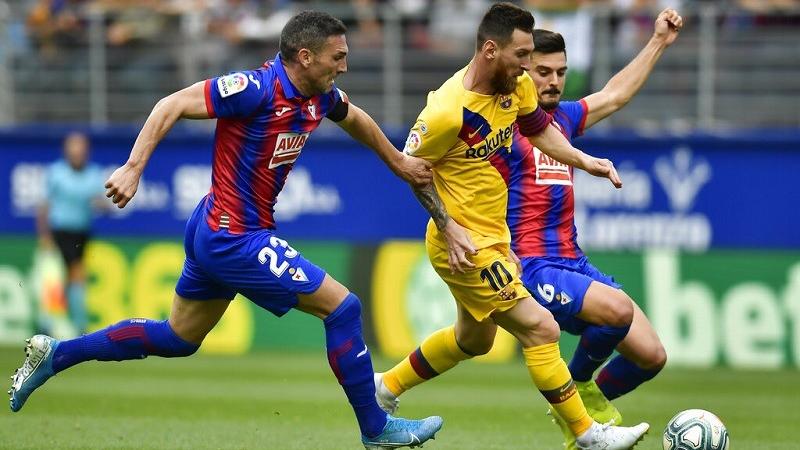 The France forward had struggled to get in sync with new star teammates Lionel Messi and Luis Suarez before everything fell into place in a 3-0 victory at Eibar on Saturday, pushing Barcelona to the top of the standings after a defeat by Real Madrid.

Griezmann scored the opening goal and made key passes on goals by Messi and Suárez to get Barcelona's most convincing victory on the road this season.

Barcelona manager Ernesto Valverde said that he had known it was "a question of time and games" before Griezmann settled in.

"At the end, the great players always find one another and can feel where the other one will make his run or a pass. They have worked and played well. And this is the reward."

The defending champions took a one-point lead over Madrid after it suffered its first league loss, falling 1-0 at promoted Mallorca.

Atlético Madrid continued to miss the goals that Griezmann took with him when he left last offseason for Camp Nou.

Diego Simeone's side conceded a late equalizer in a 1-1 draw with Valencia after it was down to 10 men when forward João Félix injured his right ankle with all three substitutions made.

Barcelona played its best away match of the season, easily breaking Eibar's attempt to pressure.

Griezmann got Barcelona going in the 13th minute when Clement Lenglet met his run behind Eibar's high defensive line with a long ball that left him alone to beat goalkeeper Marko Dmitrovic.

Dmitrovic denied Messi before halftime, but couldn't turn back his shot in the 58th after a passing combination by Suárez and Griezmann set up Barcelona's all-time scorer in the area.

The three were in synch again in the 66th when Griezmann launched Messi with a through ball. Messi then slid the ball over for Suárez to finish off on the break.

"The statistics might say that this was my best match, but I am working just as hard as I have always been," Griezmann said. "There will be good days and bad ones, but we are getting to know each other and we will improve."

Valverde's team has won five matches across all competitions after an erratic start to the season.

Mallorca struck early and was not intimidated in the least by Madrid, which was reduced to 10 men in the second half. 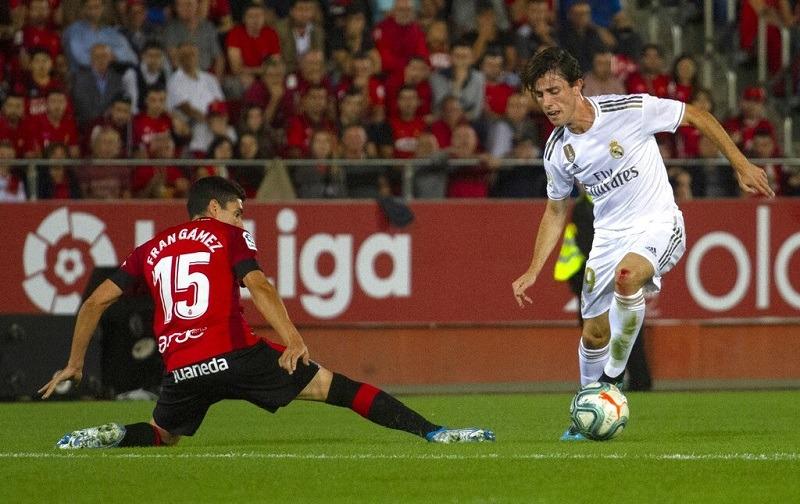 Lago Junior scored the goal that proved to be the winner for the hosts in the seventh. The forward from the Ivory Coast received a ball on the left flank, cut back around Álvaro Odriozola, and curled a shot past Thibaut Courtois.

Odriozola then left Madrid a man down in the 74th when he got his second booking for a low tackle that cut down Lago Junior.

Madrid was without Gareth Bale, Luka Modric and Toni Kroos due to injury. Eden Hazard did not travel with Madrid reportedly because of the birth of his fourth child.

Zinedine Zidane's side struggled to generate anything in attack with four of his best players unavailable.

"We didn't play the game that we wanted to," Zidane said. "When you start the match like we did it is going to be tough. And they scored quickly. The second half we got anxious and weren't able to create chances."

Madrid had gone undefeated in the first eight games. Its only loss in any competition this season came in the Champions League when it fell 3-0 at Paris Saint-Germain in September.

Atlético was in control when Diego Costa converted a first-half penalty after Denis Cheryshev used his hand to block a ball on the edge of the area. The referee consulted the video review to make the ruling.

Cheryshev hit the crossbar in Valencia's best chance to equalize from open play. But two minutes after Félix limped off to leave Atlético a man down, Dani Parejo bent a free kick over the defensive barrier and beat goalkeeper Jan Oblak with eight minutes remaining.

Atlético is in fourth place behind the surprising Granada. It has scored just three goals and earned one win in six rounds.

Simeone said that the scoring slump was due to the overhaul of the squad that the club carried out in the summer.

"(It's) because we are a new team," Simeone said. "We have to get used to playing with each other, and we don't have the balance to manage all the phases of the match."

Also, Ángel Rodríguez scored his sixth and seventh goals in all competitions to lead Getafe to a 2-0 win over Leganés in a Madrid derby.