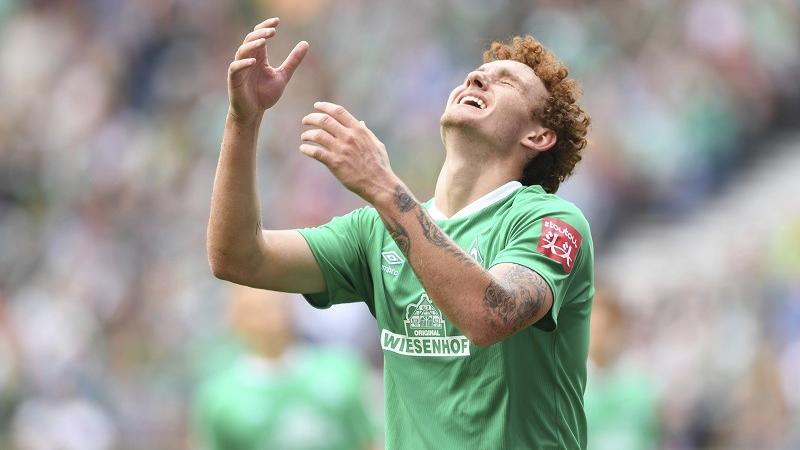 Ruben Vargas canceled Osako's sixth-minute opener in the 12th before Sargent scored a contender for goal of the month with his right foot in the 21st.

"It was a good goal, but also a super pass," Sargent said.

It was a good goal, but also a super pass

The 19-year-old American forward controlled Nuri Sahin's ball over the defense with his first touch and then lifted it over the Augsburg goalkeeper with his next, before tapping into the unguarded net - all without letting the ball touch the ground.

Sargent is on the 26-man United States roster for exhibition games in September against Mexico and Uruguay after getting cut ahead of the CONCACAF Gold Cup, the championship of North and Central America and the Caribbean.

"Josh is on the right path. He has no problem with speed, as he showed today. That's not something you can learn," Kohfeldt said. "How he scored the goal, that's just unbelievable." 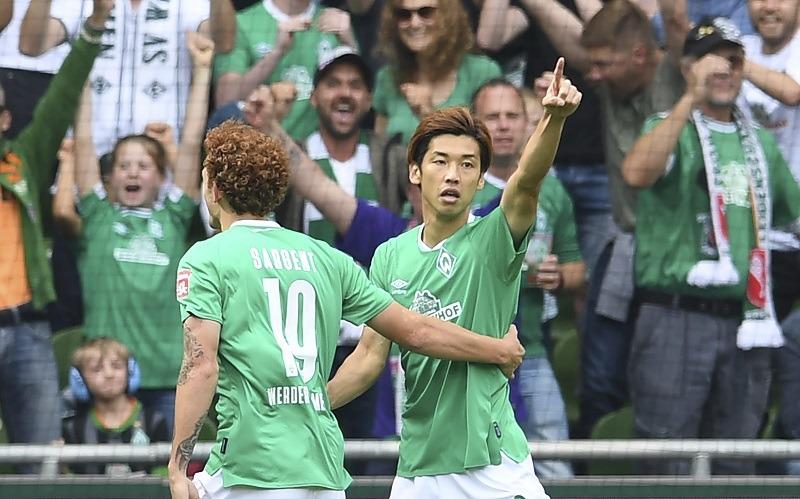 Augsburg was dealt another blow in the 34th when Stephan Lichtsteiner was sent off with a second yellow card for bringing down Niclas Füllkrug. It looked a harsh call.

Vargas scored his second just after the break to put Augsburg level, but Osako's second goal in the 67th was enough for Bremen's first points of the season.

Augsburg remains with one point from the first three games.

Bas Dost scored on his return to the Bundesliga to help Eintracht Frankfurt beat Fortuna Düsseldorf 2-1 in the late game. 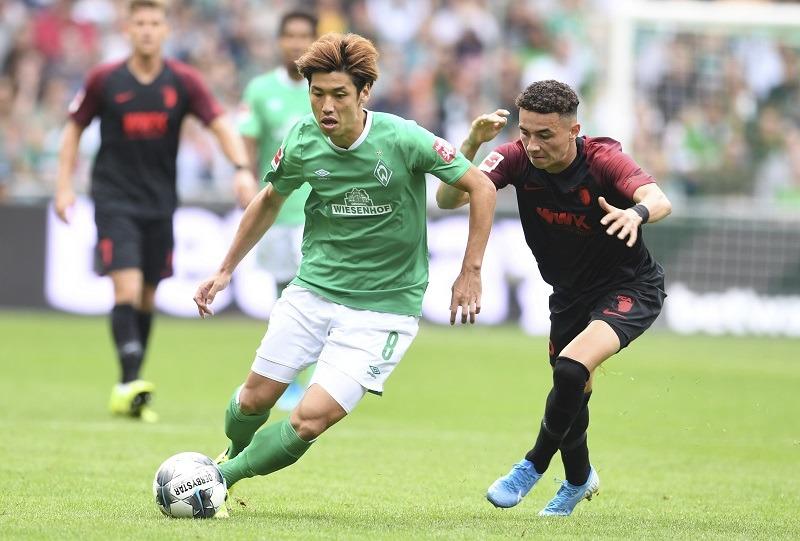 The Dutch forward, signed from Sporting Lisbon on Monday, came on as a substitute for the second half and headed in a cross from Goncalo Paciencia in the 57th, canceling out Rouwen Hennings' 36th-minute opener for the visitors.

Frankfurt signed Dost, who scored 48 goals in 116 Bundesliga games for Wolfsburg between 2012 and 2016, to fill the hole left by departed forwards Sebastien Haller and Luka Jovic, while Ante Rebic is on the verge of joining AC Milan.

Paciencia struck late to seal a hard-fought win for Frankfurt in the 86th.