Staying ahead of the pack on home turf

Mainland builder China Aoyuan is confident it’s in pole position as the Bay Area push gathers steam. Vice-president Jacky Chan tells Edith Lu the group has what it takes to be the cat’s whiskers in the race for the pie. 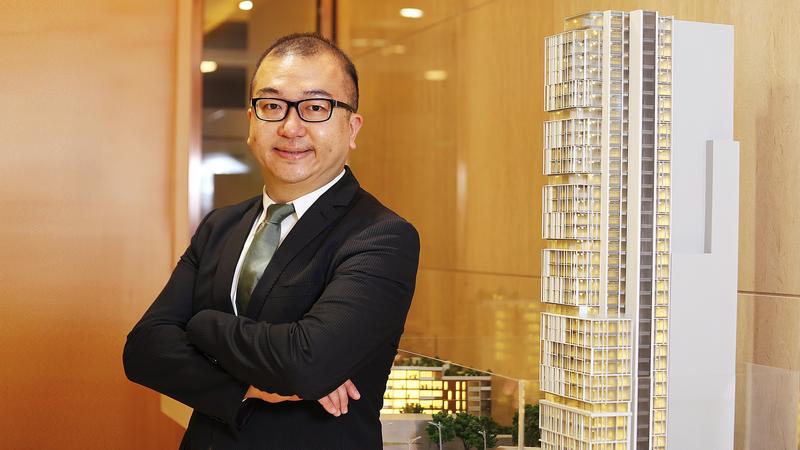 With the high-profile Guangdong-Hong Kong-Macao Greater Bay Area project swinging into top gear, Guangzhou-based China Aoyuan Property Group — one of the Chinese mainland’s biggest builders — may be holding all the aces in the thrust into the Pearl River Delta it sees as its home turf.

Aoyuan, with a track record of more than two decades in the property-and-hotel business since its founding in 1996, stands to benefit from its favorable position, having started to make the layout planning of cities in Guangdong province long before the Bay Area national strategy came into being, says Jacky Chan Ka-yeung, the group’s vice-president.

Chan, who joined the group five years ago and is also president of Aoyuan’s international investment unit, reveals that the company now owns and runs 50 projects spread across the PRD, including the nine mainland cities and the Hong Kong, Macao special administrative regions covered in the Bay Area development plan.

Aoyuan, listed in Hong Kong in 2007, completed its full investment coverage of the region in March this year when it snapped up five residential units in the SAR — at Yin Yee Mansion in Mid-Levels West for HK$131 million — following a failed attempt to secure a residential site at Whitehead in Ma On Shan, Sha Tin, last year.

In Macao, the developer’s much-hyped high-end residential project — Macao S. Francisco Heights — will be up for sale in the latter half of this year.

“The Bay Area is a top priority area that we’ve to make it good because it’s our home,” Chan tells China Daily.

Aoyuan’s contracted property sales in the Bay Area accounted for 53 percent of its total sales at 45.6 billion yuan (HK$56.51 billion). The group’s land bank in the Bay Area currently covers a gross floor area of approximately 7.53 million square meters, with saleable resources of about 98 billion yuan. Guangzhou, Foshan, Huizhou and Jiangmen make up the lion’s share of the land bank, with more than 1 million square meters in each of the four cities.

Chan sees southern China, including the Bay Area, contributing about 44 percent of the group’s total sales this year, with 21 percent for eastern China and the core regions of central and western China, as well as 9 percent for the Bohai Rim. Overseas projects will take up 5 percent.

Aoyuan has set a sales target of 73 billion yuan for 2018, representing 60-percent growth from last year’s sales despite stepped up efforts by the mainland authorities to rein in property speculation in a bid to head off a potential bubble.

A number of mainland cities have tightened homebuying policies to cool the red-hot market since the two sessions ended in late March. Shenzhen has rolled out a new policy that could raise the cost of buying a home in the secondary market. Hangzhou, capital of Zhejiang province, has started a lottery system for property purchases, while Hainan island, which President Xi Jinping has slated to be turned into a top-class global tourism destination and a free trade port, has stipulated that non-locals will not be allowed to buy homes there unless they can produce social security records of no less than two years.

But, Chan sees the measures as being more city-specific based on local situations. People in cities without restrictions are expected to join the homes rush, while those under curbs will continue to deepen and update the policy.

“If every place could correct the policy according to the local gross domestic product or per capita disposable income, the effect will be better,” he says.

However, Chan reckons that the measures already have had some effect on prices. “Residential property prices on the mainland had risen steadily last year. Prices in first-tier cities have remained stable, and the gains in leading second-tier cities have been reasonable. For third- and fourth-tier cities, prices have gone up by double digits, but not as crazy as before.”

He expects homes prices to continue stabilizing this year, but the transaction volume would fall by as much as 5 percent as a temporary market consequence. “It’s a warning of over transaction. Property is a cyclical industry and we see turnover having reached a historical high in the past two or three years.”

Meanwhile, short-term measures, such as purchase restrictions, are transforming into mid- and long-term ones, and property tax is one such measure.

“Property tax is quite common in mature markets like the United Kingdom and Singapore. Even in Hong Kong, we have property tax called rates, which are part of the SAR government’s general revenue and help diversify its income sources,” Chan explains.

As a developer, Chan is pretty supportive of it. “Property tax is a mechanism from the supply side, while purchase restrictions are a means of demand repression. The authorities would like to use it to strike a balance between supply and demand, which should produce a better effect.”

Amid the slowdown in nationwide property sales, coupled with tightened domestic credit, global ratings agency Moody’s Investors Service expects the mainland’s residential property market to become tougher for developers in the next 12 months. But, it believes that large and financially healthy developers will continue to outperform the market through contracted sales and raise their market share.

Chan is confident that Aoyuan, which is rated “B1 stable” by Moody’s, will seize the opportunity to overtake its competitors and win a bigger market share. Aoyuan, he says, has now become one of the nation’s top 40 developers. Its compound annual growth rate reached 78 percent last year — higher than the average growth rate of the Top 10 developers with 50 percent.

“Developers are facing policy risks all the time. In such a scenario, we’ve to focus more on our own business. For credit, we always need to have a plan B, even plan C or D to cope with the changes.”

Onto the global stage with all the credentials

As China Aoyuan Property Group accelerates its overseas investments in recent years, Jacky Chan Ka-yeung, its group vice-president, has been spearheading the developer’s expansion into Australia and Canada.

A graduate of the University of Illinois at Urbana-Champaign in the United States, he had garnered a strong international exposure before joining Aoyuan, taking charge of the group’s operations and management in the Hong Kong and Australia offices, as well as the development of overseas projects.

Chan had a stint in financial services prior to 2008. Following the financial tsunami that year, he tapped into corporate finance and investor relations of mainland-based developers. With four years’ working experience at Agile Property Holdings and one year with Zhong An Real Estate, he got himself accustomed to the conditions in the property sector. An overall understanding of the industry, plus his overseas study experience, has equipped him with the ability to play a key role in Aoyuan’s “go global” strategy.

“We had considered trying to hedge domestic policy risks in overseas markets back in 2013, the same year when I joined Aoyuan,” recalls Chan. “It was a quite critical year for the company. At that time, we had just successfully exited the 8 Chang’an Avenue Beijing project and were ready to unleash our potential to pursue new breakthroughs.”

Aoyuan had taken over the uncompleted projects at 8 Chang’an Avenue to become the controlling shareholder in 2009. It invested substantially, but sales had been unsatisfactory. In 2012, the group disposed of its 51-percent equity interest in the project for 14.8 billion yuan (US$2.3 billion).

“The project had been a burden on Aoyuan’s development. After the exit, the company saw contracted sales surge from 5 billion yuan to 10 billion yuan and reached 45.6 billion yuan last year.”

The group began penetrating the Australian market in 2015. “Taking into account the negative performance of many mainland developers, we decided to cooperate with local banks and enterprises when we entered the local market. We talked to eight to nine Australian developers, seeking joint-venture chances.”

According to Chan, they managed to secure loans for land acquisitions and building construction from some of the “Big Four” Australian banks, including the Commonwealth Bank of Australia and Westpac Banking Corp, to help fuel the group’s push into the Australian property sector.

“Unlike our peers, we’ve truly opened up the local market as few mainland developers could gain access to financing channels in overseas markets.”

Aoyuan’s first Australian project — One30 Hyde Park — was introduced by a local partner. The project is geared mainly to the local market, with 75 percent of the buyers being Australians. It heralded a good start for the group which, to date, has launched six residential projects in Australia, three of which are under construction and on track for completion this year.