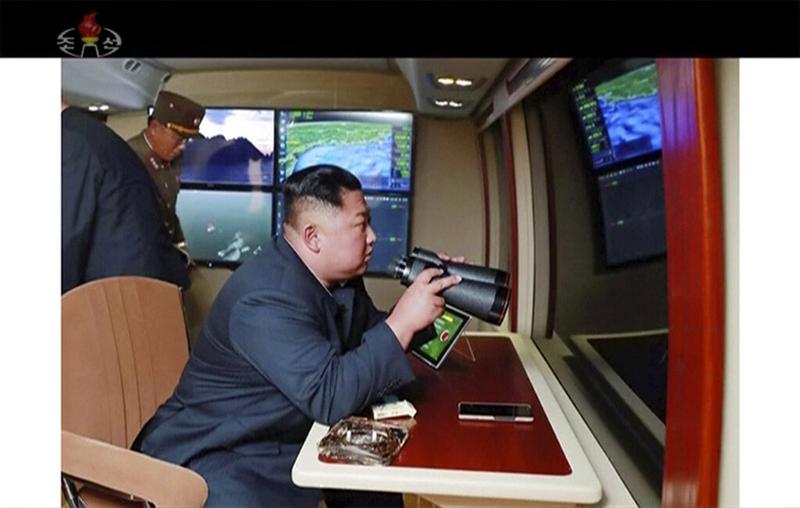 In this image made from video of a still image broadcasted by the DPRK's KRT on Aug 1, 2019, DPRK leader Kim Jong-un, equipped with binoculars, supervises a rocket launch test. (KRT via AP Video)

The test-firing came days after the North's first test firing of the new rocket system on Wednesday.

According to the report, Kim expressed "great satisfaction" with the result of the test-firing, saying that "another Juche-oriented weapon planned and so desired by the Party has been made."

Kim also guided the test-firing of the weapon system on Wednesday, when he emphasized that the system has "a great strategic significance" for boosting the combat capability of the country's army.